Incredible photo of a horrific event:

On this day in 1940, the first photograph was taken from a bedroom window in Forest Hill, south London, as the Blitz got underway and the East End and dockland burned. The second was taken around the same time from the Fleet Street area. https://t.co/spH2DLvMLq 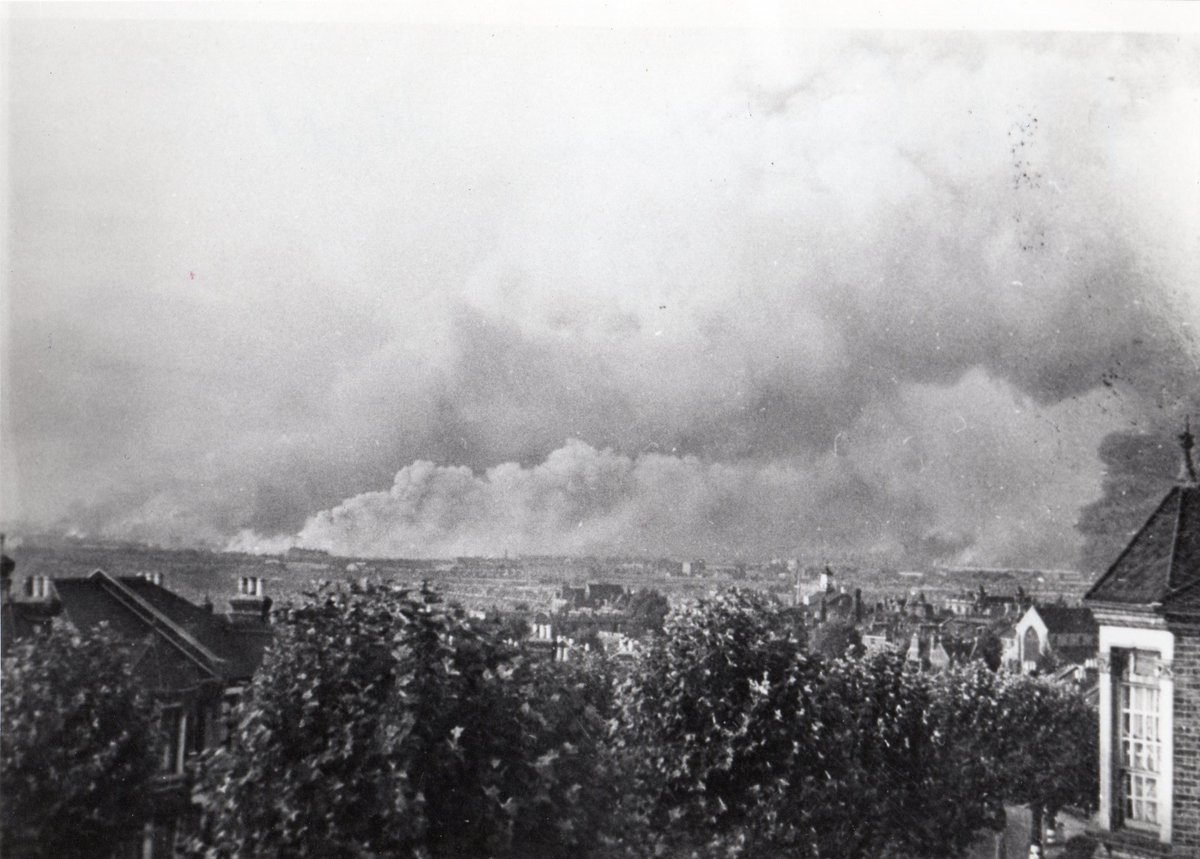 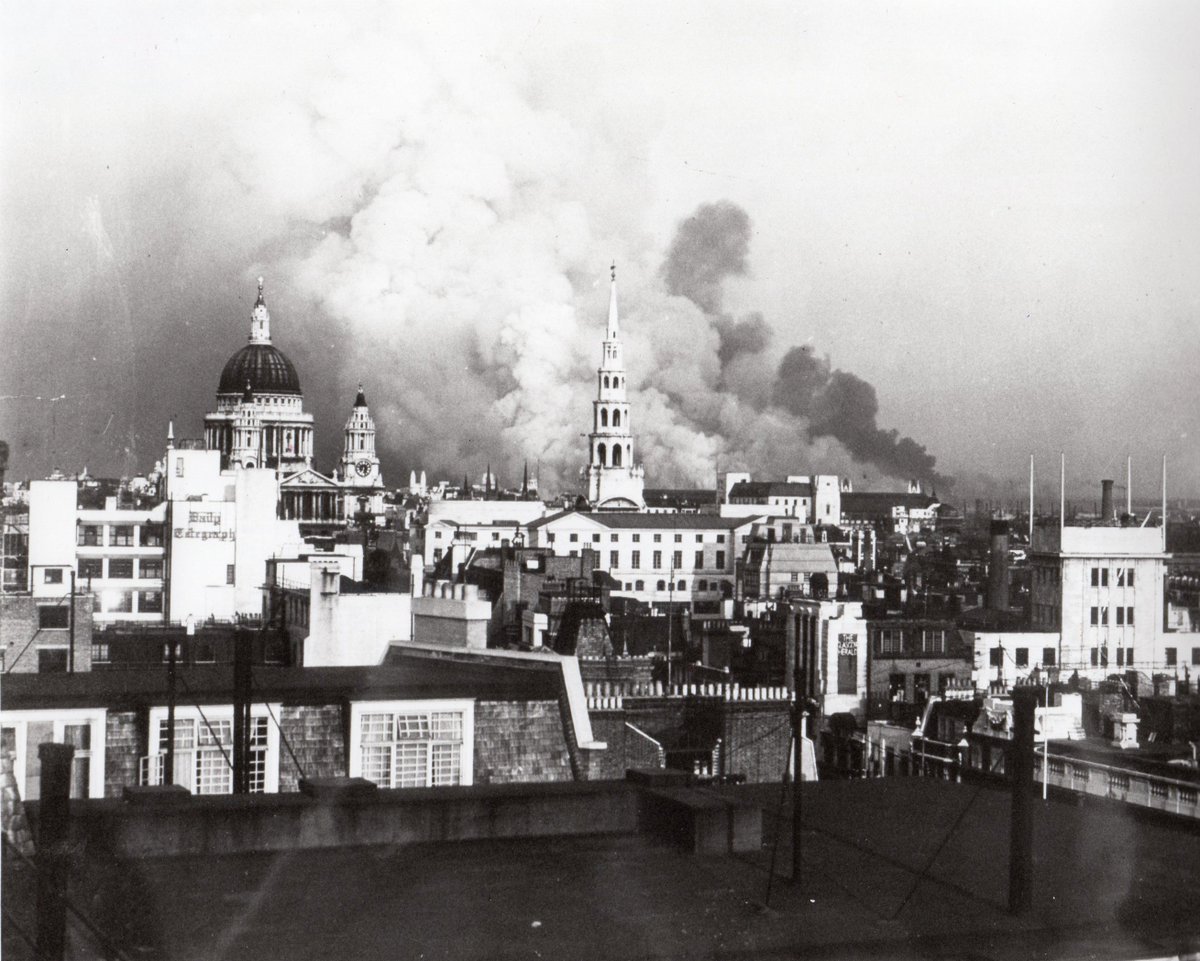 a startling image looking north/north east. wondered if anyone has worked out where in Forest Hill the top pic was taken from?

I reckon the hive mind could work it out.

My first guess was that the church on the right is St Saviours Church, and the photo is taken from the slopes of either Duncombe Hill or Lowther Hill looking S, but I wasn’t able to corroborate either of the buildings in far left or right of photo, the view of the church doesn’t look right and am surprised that the view would be of the south.

I think from the caption it’s most likely looking north. With a steep slope in front of the picture, could be from a room in a house at the top of Brockley View next to Blythe Hill Fields - hard to make out any landmarks though.

The level of dropoff suggests it might be from Canonbie

I reckon that was taken on Canonbie Road aswell.

a friend tells me that the first day of the blitz hit Woolwich Arsenal, so maybe the photo is looking that way- towards the north east- so the road it is taken looking down from needs to point roughly that way.

There’s a couple of fascinating booklets you can get out of the Social History section @ Crofton Park library that detail every V1 and V2 that landed in the SE London area and their effect.

It helped make sense of the random buildings we have that are 1950’s upwards in amongst all the Victoriana…replacement property for those flattened in the last few months of the war.

There is a book also that my neighbour bought showing every street in London that was bombed & the names of people who died. Its a big book (I would say more like A3 size). I can’t remember the name of it, but if anybody is interested in purchasing a copy I could ask him the name etc…

I really can’t remember! When I next see my neighbour I will ask him as it is bugging me now, & will put the name of it on here in case anyone is interested. It is a very interesting book. 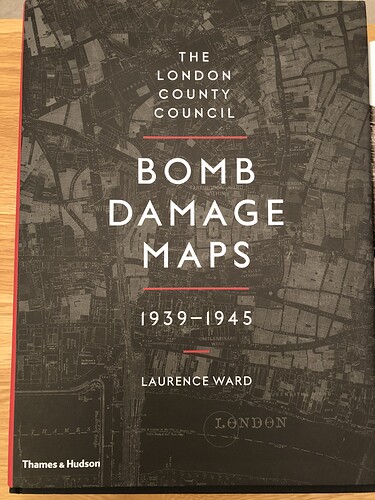 Yes it is! @ThorNogson you were right!

I mentioned this on another thread some months back - but if you have a casual interest in where WW2 bomb damage happened in London, the National Archives website - www.bombsight.org - is a really useful tool.

It is brilliant, but only covers the Blitz rather than the whole war - so if you think something is a result of bomb damage but it doesn’t show up on Bombsight, then check other things!

This is my first post here. I have had a look at all the churches in the area. The only one that is remotely similar to the one in the photograph is what is currently the Lighthouse Chapel International Cathedral on the corner of Nunhead Lane and Carden Road. When viewed from the South West it has the same four windows then a sloping roof underneath. I do believe that it is taken somewhere to the North East side of Peckham Rye Common, not Forest Hill. I’ve done a screenshot from a quick rough alignment in Google Earth. Still can’t quite place where it may have been taken, there is a lot of new builds in the line of sight so to speak. Also, the wording in the original tweet is misleading, he meant that the first photograph he posted was taken in Forest Hill, not the first day of the Blitz. 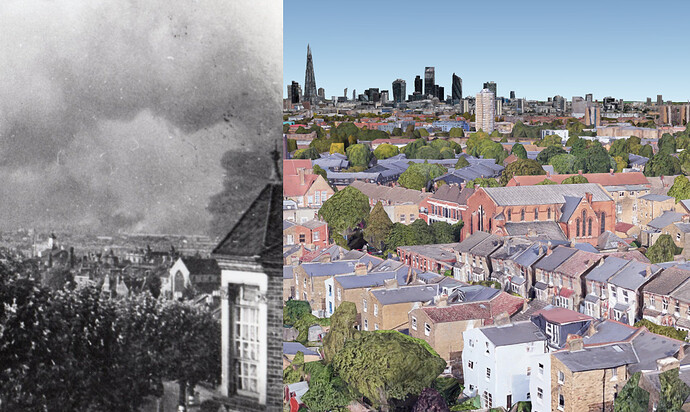 what a brilliant first post. I think you nailed it!

photo taken from a high room on right hand side of Dunstans Road or Overhill Road maybe. Overhill seems to drop away steeply to the right as the road in the photo does. Roof line of house on the right not dissimilar.

Have looked at maps of the time, looks as though that building was then called St Antholin’s Church, Nunhead.
It was built in 1878, gutted by incendiary bombs in 1940, then rebuilt after the war- that would account for differences in roofline between the modern and old pics, but the distinctive shape and windows otherwise remain. The church later became St Anthony, Nunhead, became redundant and was sold in 2001.

A further Forest Hill connection is to the church spire purchased from the original St Antholins in the City in 1829 and taken to Forest Hill as a garden feature, where it stands to this day in Round Hill, off Dartmouth Road. 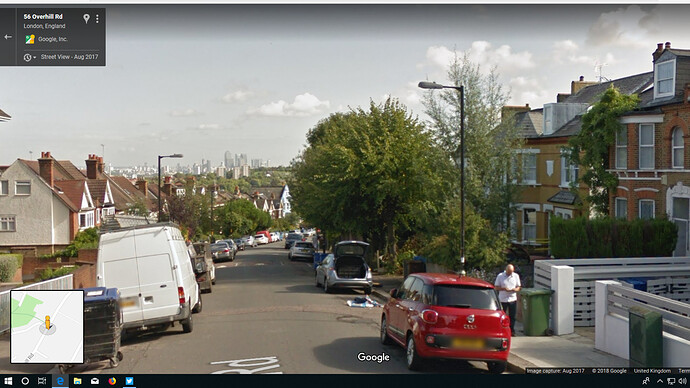 A further Forest Hill connection is to the church spire purchased from the original St Antholins in the City in 1829 and taken to Forest Hill as a garden feature, where it stands to this day in Round Hill, off Dartmouth Road.

Great detective work. The original church must have been a Christopher Wren design as he is credited with St. Antholins Spire. 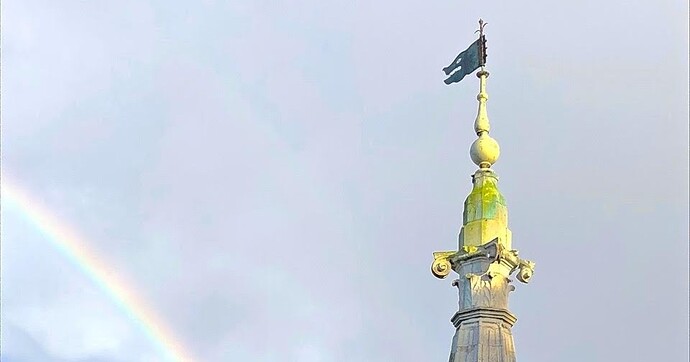 This is great - I noticed that the pitch is dramatically steeper in the old photo, but the brickwork indicates at least some rebuilding:

In terms of the photo location I was looking at somerton or waveney ave, They have properties with the ‘bay roof spike’. It seems to me like the other side of peckham rye park would be too far away. I also wonder what was previously on the site of the new buildings around solomon’s passage - that seems like a possible location (from elevated position): 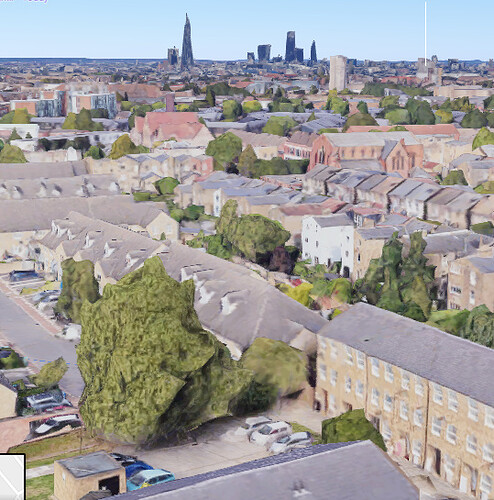 If it is the right one it’s a rebuild: http://southwark.anglican.org/downloads/lostchurches/NUN02.pdf

The original church on that site was bombed and destroyed 1940

I’m almost certain they are not the same building but would buy it being a facsimile of the original as shown in the photo. the clerestory lights match in proportion but the nave window is totally different and I’m not sold on a 19th c church having a lead standing seam roof