Okay… not quite SE23 but perhaps some of you like me are currently using Catford Bridge for direct services to Charing Cross, at least until the end of August.

So you’ll understand why a Canadian expat like myself might be intrigued by Canadian Avenue which runs through St. Dunstan’s Jublilee Ground opposite the station. I did some research and discovered until 1918 it was called Berlin Avenue. And like many German place names it was changed to something rather less contentious for the times.

What I’d like to know is why Canada… or Canadian was particularly chosen. Is there an area connection?

A pure guess would be that it was in recognition of the huge contribution made by one of the leading dominions in the British Empire - not least at Passchendaele, the third Battle of Ypres, in 1917.

You’ll like this - it’ll bring back memories of your Canadian history lessons in school: https://en.wikipedia.org/wiki/Military_history_of_Canada_during_World_War_I

Yes I thought that too though wondered then why Canadian rather than Canada.

Wondering once through Norwood Cemetery I came upon a grouping of small grave stones with bright red maple leaves in a beautifully tended clearing. Quite different from the largely unkempt Victorian splendor of the rest of this graveyard. It seems there was once a convalescence hospital for Commonwealth soldiers there and many were buries at Norwood.

Which sets me wondering if Vancouver Road also came about thus.

An interesting thought but apparently not. I checked some of the old ordinance survey maps for London and the oldest available to us online (1893-95) clearly shows a much shorter Vancouver Road. Snapshot below. I’m also including the 1888-1913 map series as it more clear, shows the same and a little more modern context. 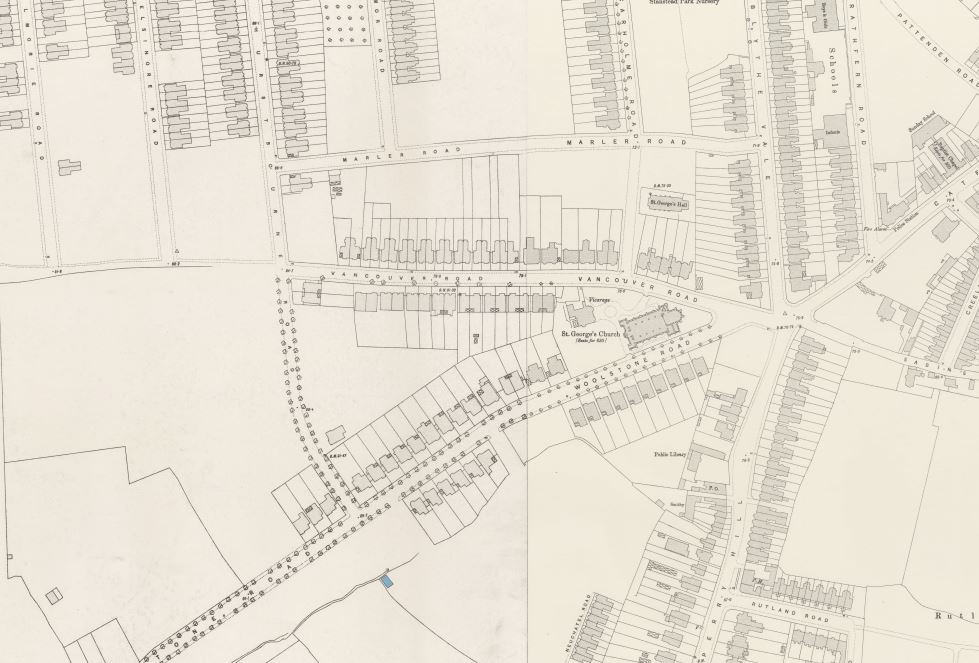 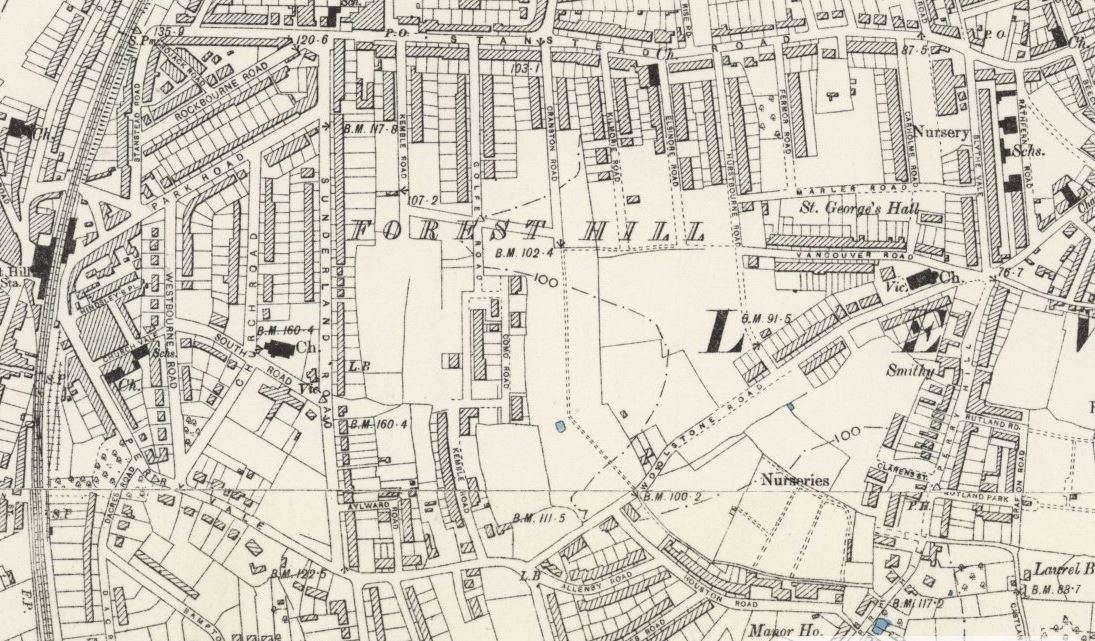 I asked my cousin about this as she used to live in Canadian Avenue. She is 81 and said this, I thought it might be of interest:

I knew this bit of local history as a child, probably told by my grandparents, Herbert Alfred and Florence Dalton, then living at 48 Canadian Avenue on the corner of Fordmill Road. They had previously lived at No.73, but Nana had always coveted the corner plot of No.48. As you know, No. 48 remained in the Dalton family until the late 1960s., having since been “redeveloped” into small flatlets.

During the First World War the Canadian Forestry Corps was based at Catford, and in 1918, on the day after Armistice Day, BERLIN ROAD was renamed CANADIAN AVENUE in its honour. The Corps Band paraded “an unflattering effigy of the Kaiser” through the streets before the Canadians personally tore down the old street signs. (per “Lewisham & Deptford In Old Photographs” collected by John Coulter, published 1992)

The beautiful trees were planted to commemorate the Canadian service personnel who died in “The Great War” and thus BERLIN ROAD became CANADIAN AVENUE.

I’ve just realised who you are Starman! Hope the above is of interest x

Thank you, Alice! I’d always assumed it was just a renaming of an unpopular street name to something at the other end of the spectrum, in honour of an Empire nation. Fascinating to know there is actually a direct Canadian connection with the area.

I’m just surprised it took until 1918 to rename the street!