How will you be celebrating VE Day during the Lockdown ??

I hope your all keeping safe and well (and sane).

Just a question really as to what you all will be doing to celebrate the VE Day ?
My sons homework for the next two days is to learn the words to we’ll meet again and join the sing along on Friday Night at 9pm.
He has been tasked with researching the VE Day celebrations of the past - if anybody knows of any Forest hill celebrations that were had , such as street parties etc I’d love to hear about them.
We will also be making bunting and hanging it proudly in the windows etc ,then there is also the 3pm toast, 11am minuet of silence etc.
I’m thinking of doing a lockdown friendly celebration indoors , rationed party spread perhaps , any ideas to keep it interesting for an 8 year old stir crazy boy ?
Stay safe x At 9pm on Friday 8 May, the Legion took part in a UK-wide rendition of Dame Vera Lynn’s ‘We’ll Meet Again’ to mark the 75th anniversary of VE Day.

I’ll be doing my usual shift at Sainsbury’s whilst remembering my late parents who were still youngsters when VE day happened. I’ll also be remembering my grandfather who was on the front line and narrowly escaped death in Italy in 1944.

We will be having a road tea party where all the houses on our road will be in their driveways with tea and cake. The bunting is up and the flags will be out.

I think it’s great what you’re doing with your son. How old is your house? There might be something to find out about the street then and the people who lived there. What school does he go to? I could see if there’s anything relevant in my books and notes.

It wasn’t the end of the war of course. The Battle of Kohima was in full flood and Vera Lynn had been to India to sing to the troops shortly before the battle began. For many the war wasn’t over and I think it would be appropriate to take a moment in his celebrations to remember India and Burma and all those forgotten fronts, as Vera Lynn did.

How old is your son btw? Obviously I wouldn’t want to suggest anything that isn’t age appropriate. You can PM me if you prefer.

I’m sorry you have to work on V Day and I thank you for continuing to work through this pandemic. Yourself and all of our key workers are in our thoughts and well wishes constantly- we really appreciate you!
I bet your Grandfather had quite the story to share ! My late grandmother had the dementia and would continuously talk on a loop of the bombs dropping around - as a child I didn’t quite understand and thought it rather funny , but as an adult - well, how traumatising !

Sounds brilliant! What a nice way to celebrate and keep safe at the same time.
I hope you all enjoy! 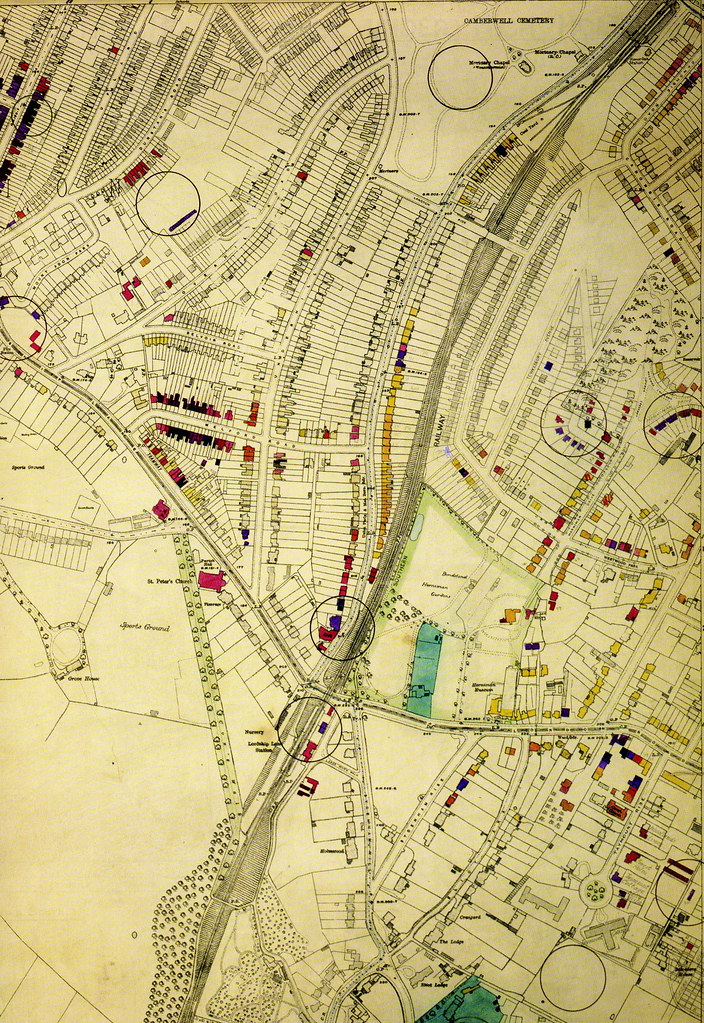 I have a copy of the book these images were published in if you want me to do a look up.

Misfortune turned into an extraordinary stroke of luck. My grandfather was a mechanic in the army and they were in a convoy of trucks. One of the trucks broke down so he and the crew stayed behind whilst the rest of the convoy moved on. By the time they caught up, the rest of the convoy had been wiped out by a strafing attack. He passed on at the age of 82.

A strong and happy memory I have from childhood is making sweets with my Dad. Sweet rationing had ended before I was born, but we still didn’t have many and what we did have were of the Cadbury’s chocolate and Mars bar type. Not a whole Mars bar. They were huge. Dad would cut one up bitesize and share it round.

I longed for fizzy sweets like flying saucers and love hearts. I remember being given some money and spending it on a lucky bag and other questionable fizzers. My Dad threw the lot on the fire as a never forgotten (though probably deliberately misleading) example of those type of sweets being just made up of chemicals … hence the multitude of colours as they burned. Whether it was scientifically true or not, it worked and I’ve never wanted those kind of sweets since.

We then had a massively messy sweet making session. Fudge, toffee apples, coconut pyramids and most fun of all the sort of honeycomb you get in crunchie bars. I can’t remember what was in them - and they probably involved lots of sugar and ither things that would have been rationed on VE Day (though I expect ration books were pooled or ignored). The honeycomb was spectacular as we added bicarbonate of soda or some such and everything just grew and grew and kept on expanding, over the top of the saucepan and down the front of the stove onto the kitchen floor where I trod in it.

There are bound to be wartime sweet recipes on line and @Pauline could probably tell you more about vintage sweets. Your son might enjoy doing something like that, if you have some ingredients and don’t mind the mess.

And jiving. You could put on some WW2 big band music and jive with him. If you want to do it properly you could cut out footprints and arrange them Victor Sylvester style on the floor or find an instructional video on the Internet - there must be plenty there aimed at children.

My mum was a great one for jiving. My auntie said if mum didn’t have a partner she’d dance at home with the door knob. Mum would have been 12 when WW2 started and passed away last year. Shortly before she passed she was still dancing - with her zimmer frame as partner.

Almost my oldest dateable memory is of the street party for the original VE day in 1945, in Glen Parva near Leicester.

There’s also http://bombsight.org/ which gives a sense of the sheer scale of the bombing when zooming out on London.

And of course, there’s still the remnants of the crater next to the All Inn One from this particular impact http://bombsight.org/bombs/13299/

And lots of food for thought online for any children who get frustrated and maybe a bit whingey about having to stay indoors for a few weeks, including this 1973 Blue Peter interview with Anne Frank’s father. 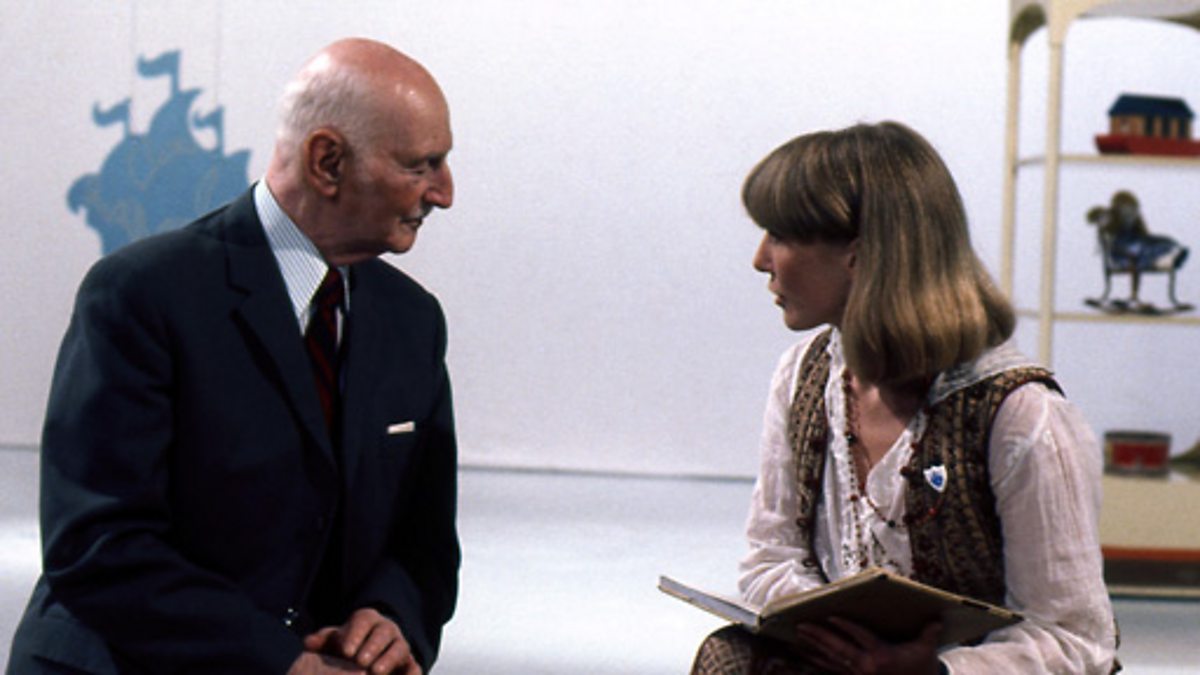 In this item from Blue Peter, Valerie Singleton travels to Amsterdam to visit the house where Anne Frank and her family hid from the Nazis for two years.

How cool thank you so much !

Incredible stroke of luck and what a war story thank you !

Oh wow - I feel like I was transported into your kitchen just reading that ! What a lovely trip down memory lane !
My mother often complains that the dairy milk chocolate which was her fave is not the same anymore !
Some wonderful ideas and I shall look and see if there is anything similar I can create with the little man.
Thanks for sharing, I throughly enjoyed reading !

My Mum is awesome at jiving and has taught me some moves I can manage even with my two left feet !
I love a good jive (admittedly watching rather than participating lol)

I did not know this - and my son knows this area well - it will help his to understand the magnitude of the bombings and how close they were to home !
Great link , thank you very much ! 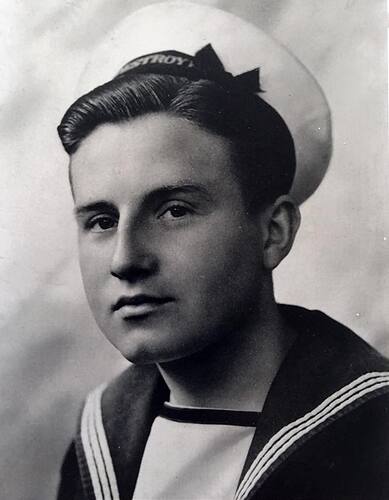 And heroes living close to home too.

Born in Forest Hill, south London, Dame Doris grew up to become a military nurse. During the war, she served as Matron-in-Chief of Queen Alexandra’s Royal Naval Nursing Service from 1941-1944. She was made a Dame in the 1944 Birthday Honours. She is also believed to have died in her home district of Forest Hill at 84 London Road

That quote and other inspirational stories is from this lovely website …

Women played vitally important roles in WWII. To mark VE Day, a look at London’s women who made great contributions to the war effort.

And not quite local, but famous pilot Cats’ Eyes Cunningham grew up in Croydon. To keep radar a secret, it was put about that eating carrots helped him see in the dark. Maybe make a carrot cake? 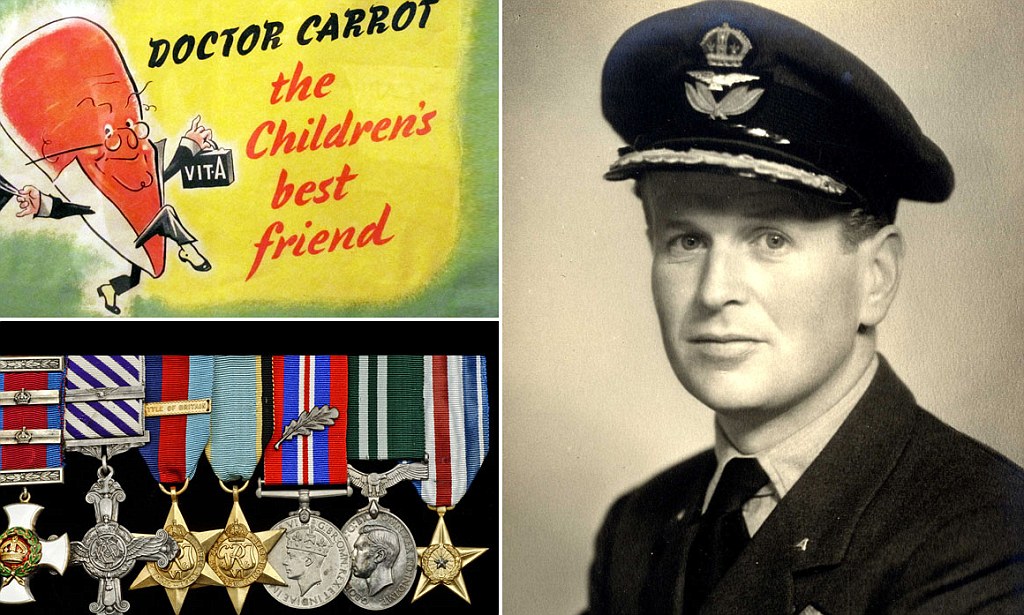 The legendary World War 2 airman John ‘Cat’s Eyes’ Cunningham inspired generations of children to eat carrots by claiming his deadly accurate eyesight was down to his love of the vegetables.

I believe his medals are now at Bentley Priory, whose website has a section on how to celebrate VE Day at home.

Bentley Priory’s VE Day Party recipes that with a bit of help small children could probably make (though I don’t know that a 1945 Forest Hill child would use grams!)

Carrot cake (to see in the dark with!)
https://bentleypriorymuseum.org.uk/wp/wp-content/uploads/2020/05/Carrot-Cake.pdf

Thank you so so much @marymck for all of the thoughtful & fascinating info and links - we had a lovely day , sharing mars bars , dancing in the living room and watching the bbc coverage! I hope your enjoying also x 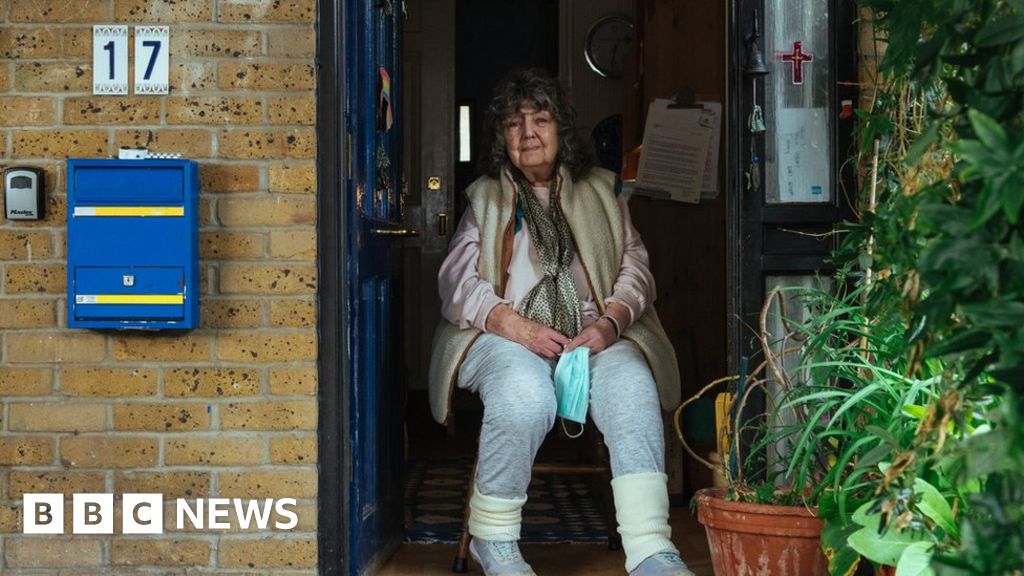 Remembering VE Day from the doorstep

A photographer captures the memories of Londoners who lived through the end of World War Two. 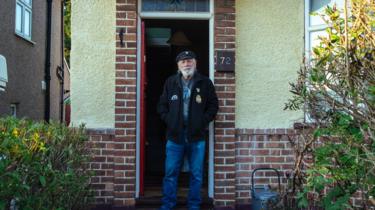 Jim Radford, 91, from Honor Oak Park in south-east London, celebrated VE Day on 8 May 1945 in Hull by jiving for five hours in the street.

At the age of 15, he had not long returned to the UK after joining the Royal Navy’s invasion of Europe.

“I remember VE Day very well. It was an incredible day, a great sense of elation and jubilation. We were dancing in the streets all night long. It was a great night, one big open air party, everybody was on the street.”

He said one similarity between now and the war was the sense of community.

“People are helping each other out more. I think that we were deprived then, and we’re being deprived now to some extent and it means we can relate to each other better.”

I’m so glad you and your son had a fun day and got to make some happy memories. Here’s to many more