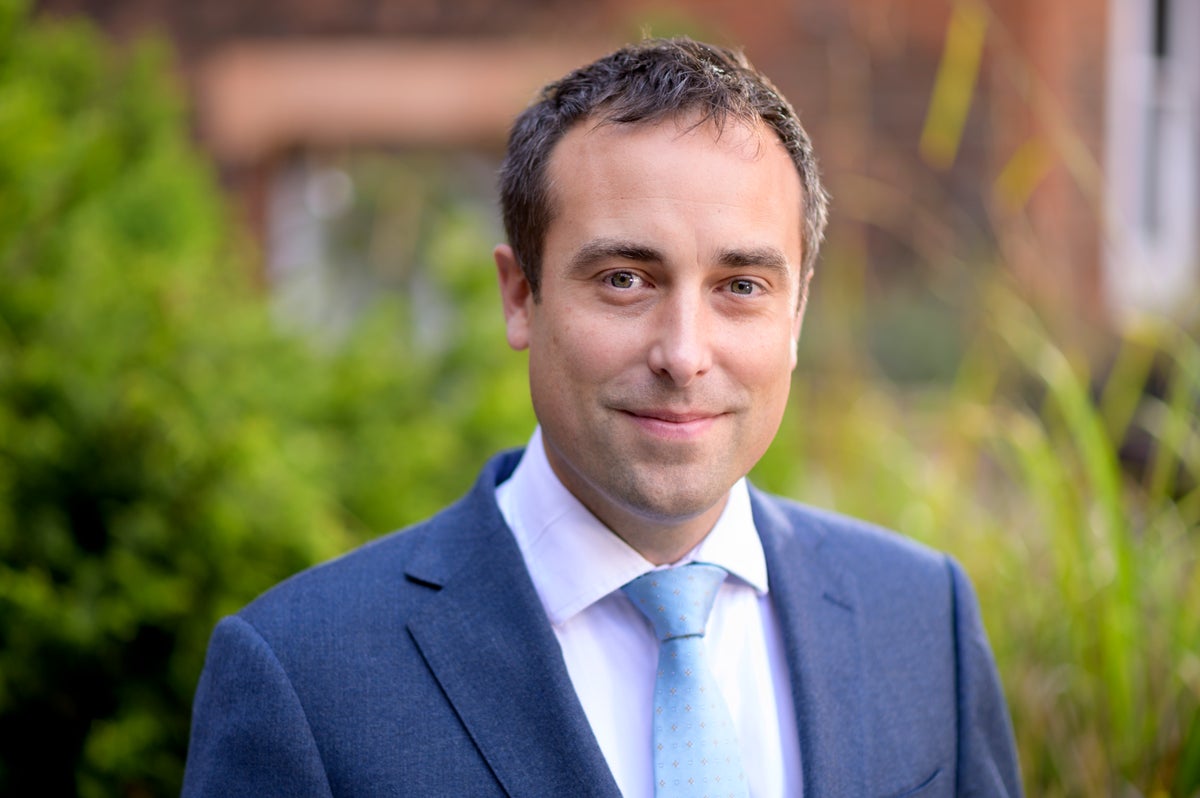 He told his students: 'Have the courage to be yourself’

It is thought to be the first time a headteacher has come out in front of his pupils and staff.

Mr Hewlett said he was inspired to do so after being impressed with a student’s courage in discussing their own sexuality which left him feeling determined to be honest about his marriage to husband Alberic Elsom.

Hewlett, 41, said he was nervous before this morning’s announcement but received many “wonderful messages of support”.

“15 years ago, I was told by a senior colleague in the independent school I was then working in that, as an openly gay man, it would be virtually impossible for me to become a headmaster," he said.

"The reality that role-models really do matter and can have a material impact on the mental wellbeing of young people. For children, being educated by a diversity of adults who represent differing race, gender, sexuality and background, helps identities to settle and grow.

“Furthermore, I believe we are duty-bound to stop the pervasive view that white, heterosexual men are in some way inherently advantaged in assuming positions of responsibility and leadership.”

My experience of Independent schools is that they are hugely supportive of staff and pupils no matter their sexuality. It has been nice to see it change over the years I worked in them. When I started some of the old school (literally) teachers would hide their sexuality for fears of career limitations or bullying or worse. When I left some 20 years on it seems most people were almost uninterested in who or what turned you on (if anything) and being openly LBGT+ was not an impediment to your career. Of course I speak as a white, heterosexual man and experiences differ but times and attitudes have changed…

Actions speak louder than words. If you’re a happy person who pulls their weight at work and beyond I couldn’t care less about what goes on between consenting adults behind closed doors. Before I came to London I worked under the supervision of a dandy/effeminate foreman who lived in Brighton and enjoyed an evening of magic mushroom tea instead of lager and lies with the ‘lads’ down the pub. On Monday morning he would be assigned by the contractor to do all the serious and detailed work that his weekend detractors couldn’t be trusted with. I’m straight and I wasn’t the only one who asked to be put with John’s gang.

If he’s capable of earning his way to the headmaster’s job, who gives a toss what [sexuality] he is?

But well done to him for coming-out because it could help pupils either with their own sexuality or their understanding and acceptance of others.

If he is a decent person then I don’t care what his sexual orientation is. I got over it!

My so had a gay teacher at Forest Hill boys in the 1990s. He wasn’t bothered in the least & neither were we. As has already been said, it’s his teaching that’s important, not his sexuality.