Most Expensive Item/Gadget You Own

Following on from the Finches thread where a stolen bike valued at £6000 was returned to said shop following a break in it got me wondering after Oakr’s reply that we all have items that are expensive (to us) or have significantly upgraded computers, etc.

To make things easier I’m excluding vehicles (and children, for that matter) although if you’re a motoring hobbyist we can make an exception.

As boring as I’m sure it is to most of you mine is a rotating laser level made by Hilti. For those of you who are unaware of what that is, it’s the yellow box on top of a tripod you see on Grand Designs. At sixteen hundred quid it is the mutt’s nuts, has never, ever failed me, given an inaccurate reading and has earnt its worth tenfold.

That being said, despite its value if I had a gun put to my head and was told to hand over my most precious item(s), then it would have to be the relatively worthless box of Roman coins I’ve accumulated when working in the footings.

For many years I had a microchip as a keyring. The microchip in question was a Xilinx FPGA, worth around £5,000 new, but as the company I worked for was taken over and the office closed, all the PCBs were being thrown out, so I prised one of the chips off a board and drilled a hole in the corner (using the pillar drill that was also being throw out) to make the keyring. Actually I did a few, one for each of the team members.

Not really something I paid for, and not worth £5k as a key ring, but a nice memento.

Not gonna lie, but I had to read that a couple of times before it made sense and with hindsight owning a component of something much bogger never crossed my mind before posting the OP. My cousin’s husband served with the Royal Navy on the last aircraft carrier to be scrapped. It was sent to a salvage yard in Turkey and on request past crew members could ask for a piece of the vessel that could fit in the palm of their hand.

Besides that, I hope this hasn’t come across as a place to brag. Besides, I claimed all the money I spent on the level on a tax rebate. It’s earned its keep, though.

I’m not sure I have anything particularly individually expensive, but I do have a camera that was just over £3k new I think in 2007. I bought it a couple of years ago second hand for £250 - the great think with camera bodies is they lose their value so quickly nowdays you can get great pieces of kit for a lot less 5 years later than when they came out.

This is an obvious attempt at casing households whilst maintaining social distancing guidelines. I’m on to you.

Was I that obvious?

I have a ‘snap on’ digital torque wrench. The jewel in the crown in my tool box. Great for tightening up those important nuts on my motorcycles, like cylinder head nuts. £700 to you squire.

I have a super high tech intruder capture system. It’s very discrete but if you fail the retina, voice and finger checks it tasers you and then sticks you to the wall using very strong and sticky webbing. Cost me more than the contents of my property but gives peace of mind because it helps keep my beloved Aeron chair safe.

I have a priceless wife.Or perhaps I should say that her price is far above rubies.

I used to have an annual travelcard, that was my most valuable asset I could hold in my hand. Perhaps I’ll invest in one again next year.

Probably my collection of signed and/or first edition Iain Banks books. Maybe not worth very much but much valued by me…

My Jaguar 420G. My late father left it to me when he dies last year. No idea what it’s monetary worth is but to me, it’s priceless.

My most expensive gear is to do with my sailing hobby - waterproofs, boots etc. I don’t own the boat part of that !

My most valued item is a frame that my mother made me which hangs in my living room - and always makes me smile. When I had the paramedics around during lockdown, one of them commented on it and took a photo to show his wife. 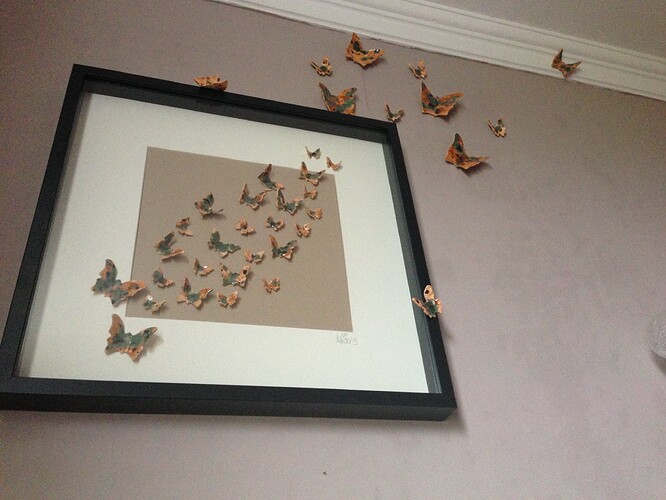