Good news for Forest Hill School - a new zebra crossing is proposed to be installed between the two bus-stops, over the site of some existing speed bumps. A new entrance just adjacent to the crossing is also designed according to the plans: 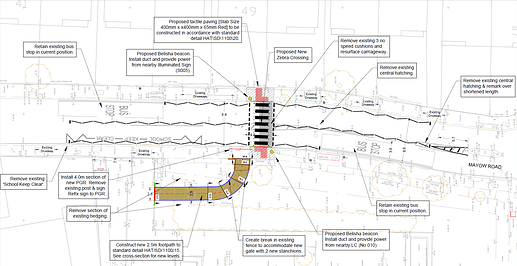 There are currently notices in the vicinity of these plans which will help to avoid danger to pedestrians using the road.

Is it safe to place the crossing so close to bus stops? I hope there’s no danger of an idiot car driver overtaking a stationary bus and then ploughing into pedestrians on the zebra crossing.

I see what you mean, and there’s no accounting for fools causing a danger to others (or themselves!). The electric scooters come particularly to mind. That said I think it should be reasonably clear to see the zebra crossing from behind a bus and it’s narrow enough that any overtaking maneuver would need caution anyway.

One thing I did wonder was if the zebra could be elevated, on a ‘table’ as such, as it currently replaces the three speed calming ‘pillows’ in the road. On enquiry, this was apparently considered but would cause a problem with drainage, so the current plan is to remove the three ‘pillows’ and have the zebra flat on the road. An assessment of traffic speed on that stretch was apparently previously conducted and found to be acceptable, and measurements will be repeated after the zebra has been installed.

Overall I think this is a very good thing, and would like to see a few more crossing for pedestrians in the area. However, the current strategy seems to be reactive rather than preventative - specifically this crossing has been designed and proposed because “there has been a history of collisions involving pedestrians in the vicinity of the crossing”. 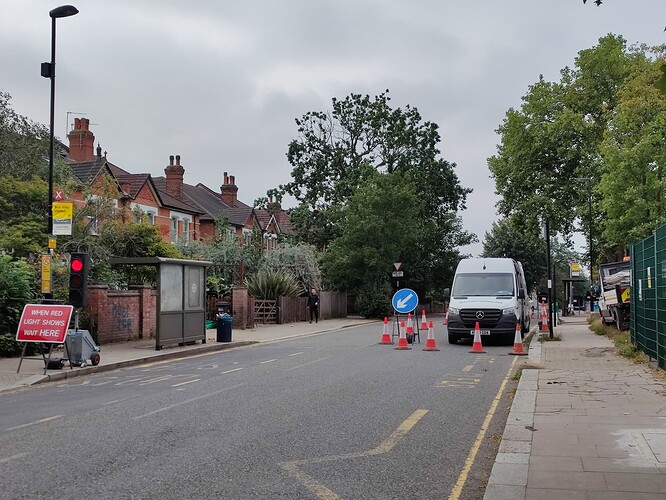