For just over a year now I’ve had a young Albanian lad called Vasily tucked under my wing. He isn’t serving a formal or indentured apprenticeship with employment rights or anything (we’re all self-employed) but in the beginning, when he had time between loading out bricks and mortar he’d borrow my big trowel and run out beds of mortar for us before progressing to actually laying bricks or blocks.

At first this was all done behind the foreman’s back but after a few weeks it was becoming obvious what was going on and in all fairness to the foreman he let it carry on and eventually put Vas on the trowel full time… Except with one caveat: a savage pay cut. It isn’t unusual for a hod carrier (a bricklayer’s labourer) to ask to be taught how to build (it’s how I learnt) but in order to accommodate all the mistakes they’re likely to make and the time it takes us away from our own work they have to take a cut in pay. Vas went from £130 to £85.

To cut a long story short he turns up every day, listens, puts into practice what I and everyone else on the team tells him and he’s come so far in just twelve months. His progress has been noticed and today a senior foreman came to the site in Clapham to inspect the quality of his work and how much he’s been getting done. We spent about an hour going over what he’s done and putting levels up against his work, etc. and in the end the old boy put him on £145 a day back dated for three weeks. He’s got a way to go (another two years or so) before he can command the same as us but I have every confidence he’ll get there eventually.

Sorry if I’ve bored you all with this but I’ve been building for a long time now and he’s my first apprentice and my heart has sung all day.

That’s a great story! It’s always a joy as a teacher when someone succeeds.

But presumably he won’t get any sort of formal qualification which would enable him to get a job at the same pay level elsewhere?

Well done, I am a massive fan of apprenticeships (formal and informal), they are much undervalued. You do need some patience but glad you and he are getting the rewards now - great stuff.

He could get one though.

On site assessment for his NVQ level two in brickwork once he’s ready. After that he’s entitled to a blue skilled worker CSCS card. It costs about £600 but it means he’ll be able to find employment elsewhere if and when he chooses to leave.

Thank you for your kind words… but it isn’t over yet. He speaks very good English, but starting from next week he’s going to start learning how to read the architectural drawings, which is no easy feat.

It’s really easy to underestimate how much skill goes into things like brick laying and this is a really lovely thing to read to help us all understand this really is a craft.

I really can’t understand why there aren’t more appenticeships available, not everyone is suited to a degree. My daughter did a plumbing course at college but no firms were prepared to take her on. She’s now an SIA qualified security guard on much lower wages… My son is has a year and a bit left as an apprentice gunmaker funded by the Gunmakers’ Company Charitable Trust and absolutely loves it. https://www.gunmakers.org.uk/the-gunmakers-apprentice/02/ This will lead to so many opportunities both in the UK and elsewhere. Apprenticeships need so much support from the govenrnent but it’s not happening.

@Meadow I totally agree that university is not for everyone and that there should be more apprenticeships for those who want to work in practical or vocational areas. Great idea!

BUT not all trainers are going to be like @Swagger and want their apprentice to do well and earn the proper rates.

I used to work for a company where TWENTY PER CENT of staff were interns. They had fixed full-time hours - and were disciplined if late - and specific roles (rather than the shadowing specified in legislation). They were paid their train fares and £5 a day subsistence (only if they provided receipts).

All were graduates, trying to get a foot in the door of a particular industry. As they got paying jobs and left, another would come in to replace them - a constant turnover of staff.

If we are to have more apprenticeships, those doing them MUST be protected from this kind of employer.

It takes time, money and effort for companies to offer apprenticeships. And in the building trade in particular, there was (still is?) a steady stream of professionals from eastern Europe who were willing to come here to work. So it was a disincentive for firms to invest in a young apprentice who might not stick around for long afterwards, when there were plenty of qualified people available.

I agree with the above comments. Neither of my children went to university, but have both done well for themselves. Just by working hard & gaining NVQs, & other skills & qualifications along the way. It’s also not all about qualifications (although these days it does seem that way) but being able to present yourself in a pleasant polite way, in other words having basic people skills & being willing to start at the bottom & work your way up.
Going to university is a great experience I’m sure, but sometimes it can work against you as companies see you as too qualified for the job, & so can’t justify paying you the wages. I know this as it has happened to the son of a good friend of mine.
So it just goes to show that hard work & a willingness to learn a new language as well does pay off.
Also well done Swagger for having the patience to help him achieve his goal & that must be a feather in your cap as well.

The nearly finished article at Clapham 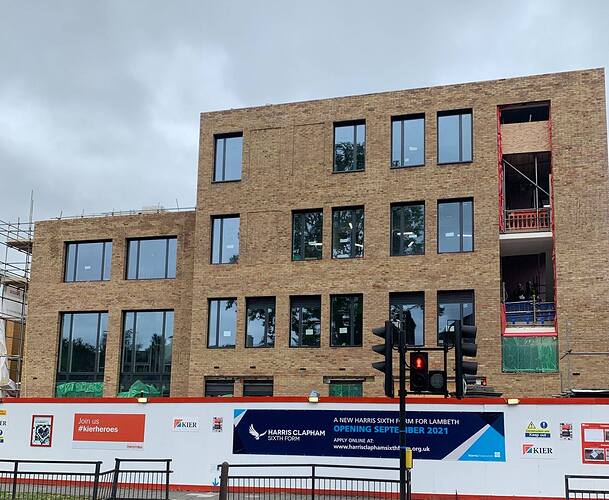 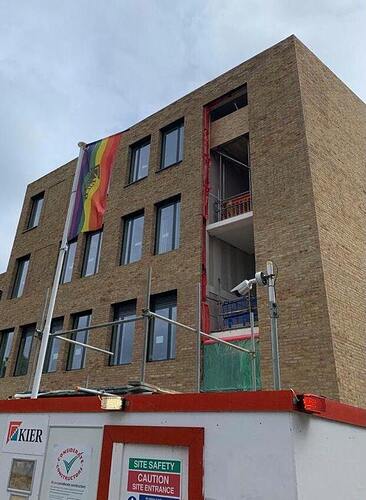 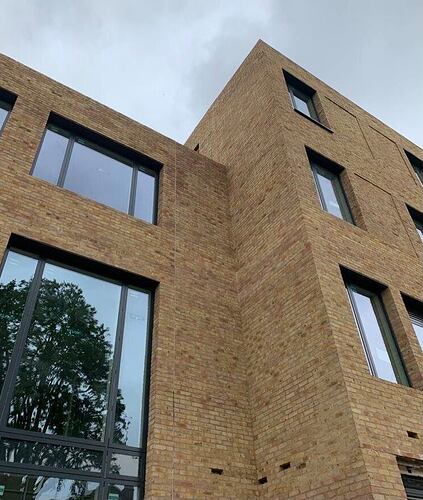 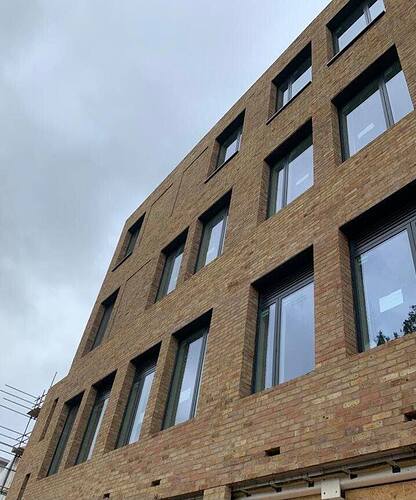 I studied Hard Landscaping last year and we did a bit of brickwork at the end - it gave me a real appreciation of how hard and how skilled you have to be to do it properly. I’d been considering building a garden wall myself, but quickly worked out it would be cheaper and end up much better to employ a skilled person to do it, if we ever proceed with that idea.

Hope your apprentice walks past this with some pride.