Local democracy reporter Grainne Cuffe, reports on some concerns within the planning committee over interpretation of Lewisham’s own Development Management Policy in relation to planning application DC/20/118514, which proposed the conversion of a house to flats on Forest Hill Road, which was approved last week: 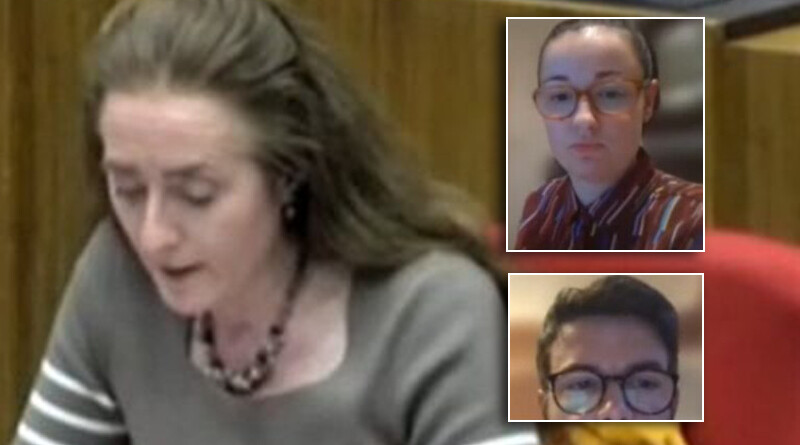 A Lewisham planning committee approved an application for a house to be turned into flats despite members’ concerns the proposals were against policy. On Thursday (May 20) the committee considered …

A Lewisham planning committee approved an application for a house to be turned into flats despite members’ concerns the proposals were against policy.

On Thursday (May 20) the committee considered an application to convert a two-storey Victorian house by the junction of Forest Hill Road and Canonbie Road into three flats, as well as to build another two storey building beside it.

The new building would also be made up of three flats, with the ground floor a three-bed aimed at families.

Eight objections were submitted – locals raised concerns about loss of privacy, overlooking, increased need for parking, overdevelopment of the site, and pressure on amenities.

But the main issue of contention, also raised by objectors, one of whom spoke at the meeting, was that the conversion could be against DM Policy 3.

That policy is given in the following document https://lewisham.gov.uk/-/media/files/imported/dmlpadoption.ashx 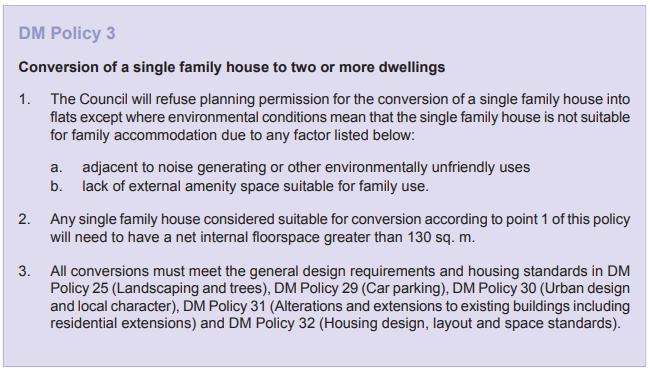 From the article, concerns were voiced by Cllr James Rathbone over how the application fitted with this policy:

“The wording does not seem to be as permissive as the officer reading and I’m worried that in our desire to increase the number of units we are stretching the policy beyond what can be justified.

“It’s not a question of me disliking the application – I personally don’t really have any problem with it.

“It’s that the objector in raising DMP3 and whether or not it’s being interpreted properly […] I think they have a very strong argument and my worry is that on any appeal, if we granted this approval, we would likely lose, simply because I don’t see the language as being sufficiently permissive,” he said.

James Hughes, development management team leader at the council, said that the legal officer considers “that we do have scope to interpret the policy”.

He added that if the committee approved the application the “neighbour wouldn’t be able to challenge the decision” unless he went to court.

The full article has more quotes and depth than the summary above, and is an interesting read for those interested in these things. The conclusion is however that planning permission was granted with a vote of 5 in favour, 2 against.

Details and the webcast of the planning meeting can be viewed online: Lewisham Council - Agenda for Planning Committee C on Thursday, 20th May, 2021, 7.30 pm