For years now we have had coir baskets on the railings at the front of our house. I usually replace the coir basket every two years or so and replant seasonally twice a year. But over the early part of this year the less than 1 year old coir got torn apart by magpies, presumably for nesting. So I waited till I thought they’d finished before buying new baskets, which I’ve now started to plant.

But the magpies are back and ripping into the brand new ones. The choir is moulded with latex, so I thought that might put them off, but it hasn’t. I bought some mylar windmills but they haven’t helped. I’ve now rammed kitchen foil around one of the baskets, but that not only looks awful but I don’t think it’s helping as it looks as if they’re already tearing the foil.

Any ideas, short of an air rifle? 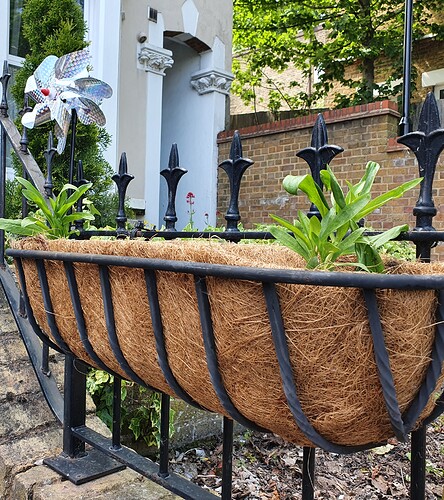 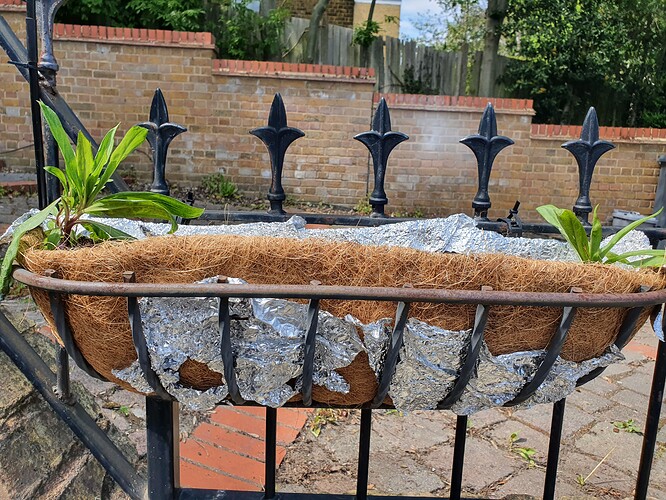