Whenever I hear that echoing through the scaffolding it makes me want to hunt down the offender and break one of their eye sockets with my lump hammer. I detest football (or ‘oikball’, as I call it) and can’t wait for the England team to let us all down, as per usual. Besides, rugby is a real man’s game where opposing fans can discuss the match afterwards over a drink without being threatened with a broken bottle by some loser with a neck tattoo. 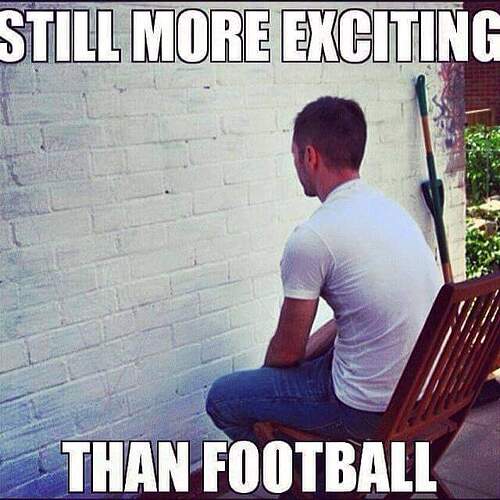 Congratulations on cramming so many stereotypes into one paragraph. And if you don’t like it, ignore it.

It’s reasonably hard to ignore entirely when there are two-three games on TV every night, it’s on front and back pages of papers and above the ‘fold’ on many websites. But, certainly easier than in the past when there were only a handful of channels.

So far as fans go, I suspect those who are true fans of any sport (i.e. watch club sides etc) would probably sit down reasonably happily and discuss the nuances of the game with rival fans. Some will only watch internationals but see it as a game so there’s a bit of friendly banter. But then, there’s a minority in both sports who are there for the jingoism who sadly are often the most visible and/or vocal. With football and rugby though, there still is a bit of class divide which makes it easy for both sides to criticise oiks or boors respectively.

My sport of choice, American football, is intensely boring to others for being too long. On the other hand, I really don’t get cricket which takes even longer! Live and let live… there’s room for most sports in the world and on TV - and if it inspires a few to get off their sofas afterwards and play, even better.

I’m not particularly a football lover but take it this is a spoof post/ wind up?

You call football “oikball”, suggest football fans are violent, unlike the " real men" who follow rugby just after stating that for singing a song you- ‘want to hunt down the offender and break one of their eye sockets with my lump hammer’. Absolute classic LOL…

My sport of choice, American football

I will have to introduce you to Canadian football. Much harder game. More exciting.

I once saw one rugby fan smack another with a road sign, so I’m not sure this argument holds.

This thread is crying out for slow mode

Okay folks, as per the FAQ, if you wish to provide feedback regarding moderation, please message @moderators or email team@se23.life.

Regarding slow mode, the last few posts are an hour apart and there doesn’t seem to be any argument… yet. So let’s please keep it that way and assume @Swagger’s exaggerated stereotypical views and excessively violent reaction to ‘the beautiful game’ and it’s supporters are tongue in cheek and not to be taken literally.

I will have to introduce you to Canadian football. Much harder game. More exciting.

I’ve noticed it is impossible to find a TV channel showing the European championship of Canadian football. Did I miss anything interesting?

But if you want an update on the Stanley Cup, Michael, let me know.

How insulting. Not all football supporters are the same. I’m a woman in my 50s and I love football and love talking about football as anyone who comes across me will know. I love the game and the history of the game and follow all levels from the Premier League down to non-league.

F’instance, did anyone know that Peter Crouch has joined the board of directors at Dulwich Hamlet?

Can we please have a pic of your neck tattoo?

I have no tattoos.

It’s very elite so available behind a paywall. Buy me a drink and I might share the password with you. But be warned, England didn’t qualify this year but Scotland are on point this championship.

Right up my son’s street!
I brought him up on hockey and it was especially interesting when a load of the NHLers came here to play in the Elite League during the 2004/5 season lockout.

Football does have it’s unsightly side for sure but things are getting better all the time. I remember 80s football!
Anyway, I think football is a great game. Can be played by anyone, regardless of age, size, fitness or even ability. You can play in a Sunday league or with a tennis ball in the street. And any team sport is good for kids for social skills, fitness and discipline.
The current crop of England players seem to be good role models on the whole too.
I’m all for it.

What, when there was actual energy on the pitch and the players didn’t throw themselves on the floor in a fit of tears, aka ‘diving’?

I’ll give you that.
It was heavy drinking and smoking, all night gambling and night clubs and fist fights. And that was just the players wives.

What, when there was actual energy on the pitch and the players didn’t throw themselves on the floor in a fit of tears, aka ‘diving’?

ee ba gum, the good old days before foreigners and the like ruined OUR game, bring back chopper Harris and Nobby “bite your ankles” Styles…

No English manager has won the premier league. Says it all about the influence foreigners have had on our game tbh. Pep and Klopp are great examples currently.

No English manager has won the Premier League but two Scottish managers have - Kenny Dalglish and Alex Ferguson. If Glenn Hoddle hadn’t been such an a*** back in the day, he might have had a decent career as a manager. As it is, we’ll never know.

Besides, rugby is a real man’s game where opposing fans can discuss the match afterwards over a drink without being threatened with a broken bottle by some loser with a neck tattoo.

Every sport has its share of inconsiderate violent, idiot fans…

Perhaps it’s ‘coming home’ after all. Come on Swagger, honestly now. Is there not a small part of you that is having a secret smile this morning ?

Is this the right time to mention the last time England 🏴󠁧󠁢󠁥󠁮󠁧󠁿 was in the Euro final was actually 2005?

They got knocked out in the group stages in 2005

2009 is when they got beaten by Germany in the finals

The 2009 UEFA Women's Championship, or just Women's Euro 2009, was played in Finland between 23 August and 10 September 2009. The host was appointed on 11 July 2006, in a UEFA Executive Committee meeting in Berlin and the Finnish proposal won over the Dutch proposal. The UEFA Women's Championship is a regular tournament involving European national teams from countries affiliated to UEFA, the European governing body, who have qualified for the competition. The competition aims to determine which ...

Ach. I stand corrected. Still more recent then the men.

Definitely and not their only time in the Euro final either, they made the final in 1984 as well.

Due to some plans falling through, I’m optimistically/hopelessly on the lookout for any outdoor screenings of the match on Sunday. Does anyone know if the All Inn One is showing the match in the garden as well as indoors?

I can’t stand football, just don’t get it. However, have been loving the atmosphere over the last few weeks. After Brexit and Covid, there’s a real “us together” atmosphere that’s permeated throughout my work and home life and that aspect I absolutely love!

Do you have a radio?

Fair enough. They do take a while to warm up. 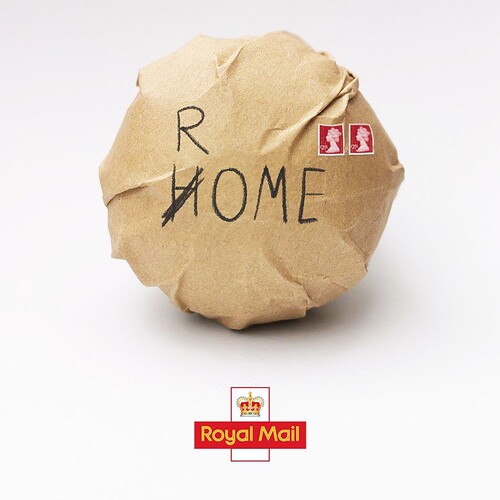 As I have more Italian blood than English, I was supporting the Azzurri last night but the England team gave their all - and have been remarkably likeable - unlike a few of their supporters (present company excluded).

Wasn’t loving the evidence of racist abuse, violence in the streets and a thread on Twitter offering women safe houses given the reported link between domestic violence a football fixtures.

Shame because I agree that the team
And manager seem to have excellent principles a s the mood between semi and final was really positive.

I think the boys did well. And I normally support either Wales or Scotland in so far as I support anyone!!

My lasting memory of the final was this: 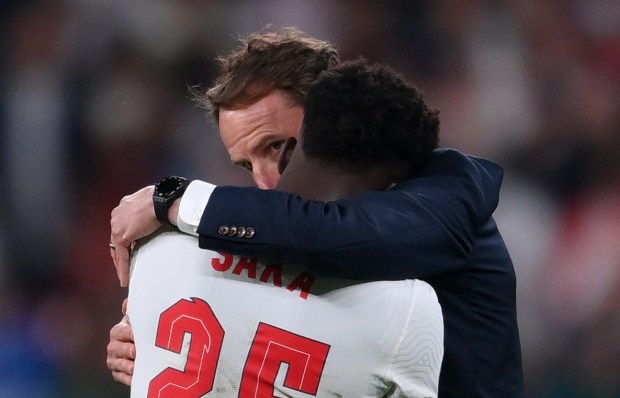 Gareth consoling Saka and subsequently owning the consequences of his decisions. It would be good if more did that. To think an element in this country could not accept this and disgrace us all. However small (and I’m not sure they are that small) they can’t be too small.

And he totally owned it in the post-match interview too. Occasional dodge decisions aside, he’s been a great leader.

Totally agree. That gesture brought tears to my eyes. Gareth Southgate is a true inspiration.