New cocktail bar/ restaurant on Dartmouth Road! Plus the new signage for the Meatliquor is up, and they should be opening next week. Can’t wait! 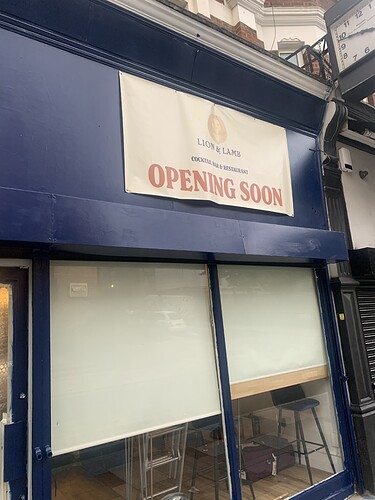 Oooh. Where on Dartmouth Road?

It’s been a long time since Dartmouth Road’s last cocktail bar, Spiggy’s, in the mid-80s. 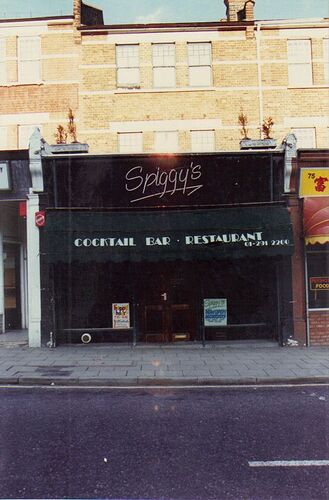 Brilliant - that looks like something straight out of Only Fools and Horses.

It was!
This was my mate Tony Berman the cocktail barman - he did the meanest Pina Candelabra this side of Peckham! 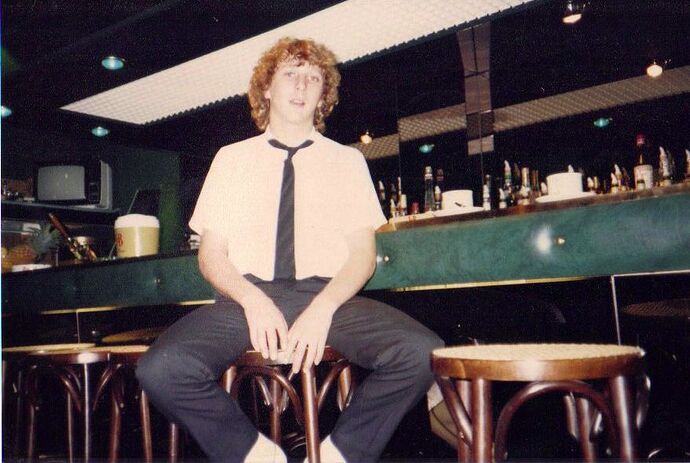 Possibly slightly overshadowed by the opening of MEATliquor down the road, it looks like Lion & Lamb has opened, looking somewhat smart and charming inside: 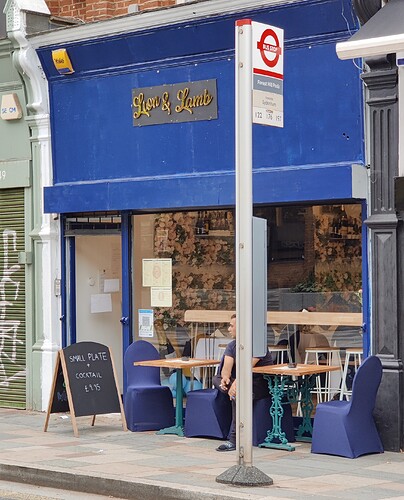 I’ve not had the chance to visit yet - has anyone else?

They seem to be imitating the Dishoom menu. Chicken Ruby and Lamb Fry I thought were Dishoom created recipes, though I might be wrong. Not that I’m complaining. Love Dishoom.

Tall bar stools had a lot to answer for in the 80s. I had my first real American extra dry Martini when perched on a bar stool that looked as innocent as those. Except the top swivelled while the chair legs were screwed to the floor. Well this was Boston in the early 80s. The Martini came with a narrow little straw, which I like an idiot used. I felt so sophisticated. When I stood up two straw fed Martinis and no food later the chair seat swivelled but I was already half dismounted and my leg got wedged. It took three crew members to untangle me. So cool.

Hi I’ve been it’s really nice inside and the food is really delicious.

Yes on 49a Dartmouth rd

So I see that Lion and Lamb is closed down now, but did everybody else also notice that their menu was an exact carbon copy of the Dishoom Menu, even in the same order, just with the word ‘Dishoom’ taken off a few dishes, and everything about 40p cheaper. Didn’t want to say anything before in case I caused anybody’s demise, and to be honest I hadn’t properly compared the menus until just now, but god that’s crazy isn’t it!