Just seen this on the South London Press website!

Sadly, nothing will change until the courts begin handing down stiff sentences for crimes like these where the convicted must serve the full term before being released. I don’t know about anyone else reading, but I’d be more than happy for the government to set aside more money for building more prisons alongside their housing forecasts.

I wondered why the 75 buses were on diversion last night.

It’s really sad and my mind boggles at the description of ‘men fighting’ when it was a 16-year-old boy rushed to hospital. There seems to be a bit of a local problem around the Bell Green area and beyond - for example, this was just a couple of weeks back: 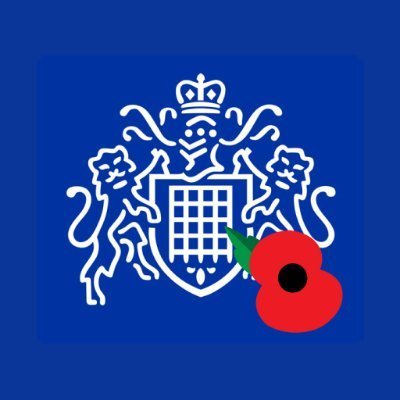 @MPSBellingham
A rather vicious knife found in Bell Green, SE26! One more blade off the street!#knifecrime https://t.co/tXuZ47C587 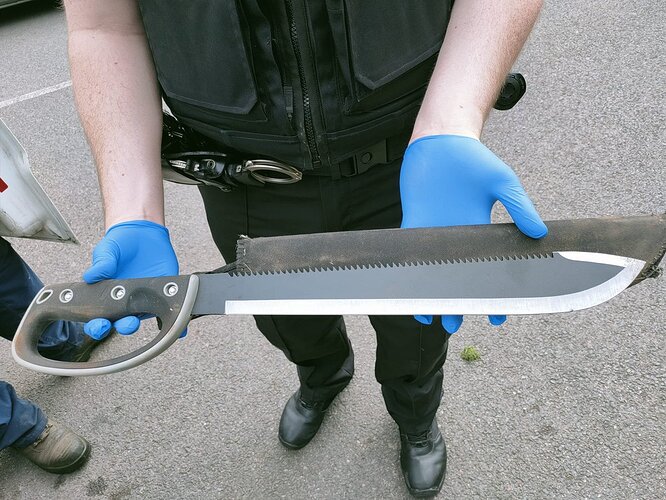 Sadly, nothing will change until the courts begin handing down stiff sentences for crimes like these where the convicted must serve the full term before being released.

If only. It’s been tried. A useful guide:
https://www.bbc.com/future/article/20180514-do-long-prison-sentences-deter-crime

We can’t build more prisons here. But we can better fund youth services. Every time I walk past TNG I see missed opportunities.

I know lots of young men who’ve done plenty of time in prison and see it as a bit of a pushover, which, they tell me, is the bit that doesn’t deter them from re-offending and going back in.

Most of them say that they’d think twice if prison was tougher.

Personally, I think we need to start to get a grip on parents and younger children so that schools are allowed to teach manners, respect and discipline without being verbally abused by the kids or threatened by their parents.

The protection of our teachers, police and all public key workers going about their duty is sacrosanct and needs to be vigorously upheld by law.

Social standards are rapidly going down the toilet so something needs to give.

Maybe it’s too late for some of these teenagers and their elders, but that doesn’t mean that society can’t turn things around for the youngsters and their parents to make things better in the future.

Manners. respect and discipline are assets for life - no matter what your backgound - but without them… I despair.

I agree with Professor Duff and Social Worker Sally Barnes on Not The Nine O’clock News a few years ago - “Cut off their Goolies”.

Trying to make sense of this, is TNG The Next Generation ?

Yes (in Taylor’s Lane). Nice to see it open and busy this afternoon. But it could be even busier …

Where on earth are they getting these gruesome knives from??obviously the internet, but surely there has to be more scruitiny.
Why are the parents not checking what these kids are up to? After all 16 year olds are still children & under adult care of some sort.

Why are the parents not checking what these kids are up to? After all 16 year olds are still children & under adult care of some sort.

‘On paper’ they are under adult care of ‘some sort’ but in many cases the father’s are absent and no doubt in many other case, these kids are just following the examples they have been set at home. There is little cause for optimism, in my humble opinion.

Yes I totally agree. These children do need a male figure in their lives, if not a father, then a trusted Uncle, grandparent, nephew.
A lot of these children live only with women don’t they, & although some will say I was brought up by strong women, a man sees things differently & can teach them different skills.
What gets me as well, is that when a young person is murdered, the parents will understandably be upset, but always blame the government. There has to be a take up of responsibility from the parent as well.
I’ve also noticed that a few that have been stabbed recently are lads that had a promising career in front of them & were minding their own business. Always makes me wonder if there is jealousy there, that they have what the other lads haven’t, or can’t dream to have.
I just can’t believe the knives situation. If my son was still at home, I would be scouring his school bag & bedroom every night, regardless of whether he liked it or not.

If my son was still at home, I would be scouring his school bag & bedroom every night, regardless of whether he liked it or not.

Yes. You and I are what is nowadays termed ‘old skool’, Gill.

Yep! & would probably be accused of invading their privacy & human rights!
I used to scour my sons bag when he came home as he would often have letters or certificates that he had stuffed in there. Whereas my daughter always came out brandishing hers in her hand!

I think this has gone quite off topic from a local crime. I’m sure anyone who was raised in a single parent family might be quite offended.

I was raised by my single-parent Mother in slums until I was 11 years old.

I’m not at all offended by anything that’s been posted on here.

I think there are quite a lot of assumptions being made here about the circumstances of the individuals involved. I’d be interested to know how much people know about their family and background.

There are other reasons why young people can become involved with certain groups and activities. Some of those are to do wider society and with lack of opportunity, not always to do with the family set up.

I don’t mean to be confrontational, but ‘lack of opportunity’ can never be a reason for carrying a knife, much less actually stabbing someone.

When I was growing up on a rough Peckham council estate we used to have punch-ups as young kids (up to 10/11) and as a teenager in Forest Hill one of my mates, totally out of the blue, was stabbed by a drugged-up greaser as we got off a bus by the subway on Perry Vale where he was meeting up with his pals. That situation turned into a pretty big tear-up and I managed to grab a bullet belt off one bloke who was flailing it around and I think I managed to whack him on the back with it as he was running off.

But anyway, with all of the punching and whacking that went on, the only damage that was done was by some crank with a knife - so if we can see the back of the knives (and guns), the odd confrontation and tear-up won’t amount to anything like the senseless tragedy that we’re seeing all too often these days.

By the way, that reminds me of a great old place in Forest Hill in the 70s - the Alpine Cafe, ironically, the greasers’ haunt, between St Davids and The Signal.

Actually I neither offered that as a excuse or a justification. I simply stated that lack of opportunity, as well as issues at home such as absentee fathers, can cause young people to join groups.

I think the reasons I cited contribute to why young people find some kind of meaning and validation in belonging to a group/gang whatever you want to call it. If that gang is then encourages/participates in violence etc then the risk is that the young person is getting involved in that too.

I wasn’t justifying violence any more than the poster I responded to was justifying it in cases of absentee fathers. But unless the reasons why young people get involved in this activity are fully understood it’s going to be hard to fix and all the issues/reasons that people have cited so far in this thread are relevant whether it’s family values/teaching respect or providing other/better opportunities.

I accept that gang culture is a tough issue to deal with, but the violence, let’s call it knife crime, can’t happen without a bladed instrument of some sort.

As blades are outlawed, and as the families of stab victims tend, naturally, to want to see blades taken off the streets, why can’t successive governments do anything about it?

Call me old-fashoined, but I have a sneaky feeling that if we got weapons off the street, the violence - and the burden that places on society - would drop considerably and it would then be much easier to work positively with youngsters who might otherwise have been swept down the wrong path.

To be honest this wasn’t the point I was discussing but since you’ve raised it in relation to my post I’m interested in what you mean by banned. It’s already illegal to carry a knife in public or use it. Sales of some types Of knives are already age controlled. Do people carrying and using them are already breaking the law.

Clearly a greater focus on enforcing the legal position would help but I also think it has to go with some kind of hearts and kinds approach.

what you mean by banned

Did I say that?

Ok. It looked like you wanted them banned. Re reading I assume what you mean is that you want the banned weapons off the streets. Apologies.

I doubt anyone disagrees with your desired outcome. I just don’t think any one knows how to make it happen. Unless you do?

No worries @Rosered - I know we all mean well.

I didn’t set out to offend anyone. My best friend brought up her son singlehandedly & he had special needs as a child.
Today he is 39 years old, & a very nice polite man.
The thing is she worked her fingers to the bone to make sure they kept a roof over their head, & to make sure her home was always tidy & clean & he was always dressed in the best she could afford.
She always put him first, regardless.
I know it seems like an old scenario about absent fathers, but I was a teaching assistant & have seen the effect of dad being absent. As you say not in ALL cases.
They say that these kids join gangs to be part of something or like a family, so something is going wrong, as I would have been very upset if my son had joined a gang because we hadn’t given him what he needed to feel secure (as a single parent or 2 parents).