The proposal is to remove five mature trees, one from the front and four from the back of the property, including an Ash (T1), a Horse Chestnut (T2), a Sycamore (T5), a Monkey Puzzle (T6) and Cedar (T5). The reason given is clay shrinkage subsidence damage at subject property.

I’m very concerned that the notification we received as residents was dated 16 November, with a closing date for responses of 7 December, but only appeared through letterboxes on 1 December, giving less than one week to consider a response.

Cursory research reveals previous issues around tree-felling in this same plot of land, believed to be subject to a TPO Tree Preservation Order, and speculation on property development ambitions:
https://www.se23.com/forum/showthread.php?tid=4320

I’m interested to hear if others in the community have perspectives to contribute on this, either through being directly affected, from knowing the history, or from feeling some investment in this wooded hill and environment. Many trees have been felled since I moved here fifteen years ago.

I agree with your post. As a resident of this area, I only received the letter a couple of days ago too, and feel that we aren’t able to voice any concerns given the time.

Thanks for flagging this up. I would like to object and I am sure others locally will to. I live within sight of these much loved trees but have not received and invitation to consult. Do you have any more details of how we should reply please?

You can view the planning application by going to https://planning.lewisham.gov.uk/online-applications and entering the reference numbers DC/21/124194 and/or DC/21/124195.

The consultation is addressed to us as being a ‘near neighbour’. They say our views will be taken into account, but that we will get no response to comments or queries. The email address given for responses is planning@lewisham.gov.uk

Definitely one to object to. Once the trees are gone, then the land can be developed and there is history along this green corridor of exactly that type of cynical behaviour from developers. Planning process massively favours the developer as the council do not have the staff to properly do the job. Have seen all this first hand with the scandalous approval of backland development behind 97 Honor Oak Park.

It is hard to see how mature trees could be related to clay shrinkage anyway.

There was something similar a few years ago at the back of Wood Vale. We got councillors involved (Southwark there) who helped by extending the TPO area to be more generic. Since, we have had applications for building but surrounding residents, including the one who controls access to the plot, have grouped together to work through objections.

Planning permission for 7 houses on this land now been submitted!!!

Thank you for alerting us to this Fran. They’ve amended the description to 6 units, but it’s still a full-scale transformation of the wooded hill into a housing estate. Clearly the planning application to remove the trees on grounds of subsidence is just a Trojan horse to uproot the Tree Preservation Order and clear the way for building.

Worth reminding the council that they have a policy of presumption against backland development!

The separate application (DC/21/124513) to build 6 houses on the site can be found here: https://planning.lewisham.gov.uk/online-applications/applicationDetails.do?activeTab=makeComment&keyVal=_LEWIS_DCAPR_112435

Do you have a reference for that policy? On a cursory search of the DM Local Plan for Lewisham I can find mentions of presumption in favour of sustainable development but no presumption against backland development per se. I can see the London Plan makes provision for boroughs to introduce a presumption against development on back gardens, but information on which councils have adopted it is harder to find. And this being backland it seems the stipulations are more around design quality and access. 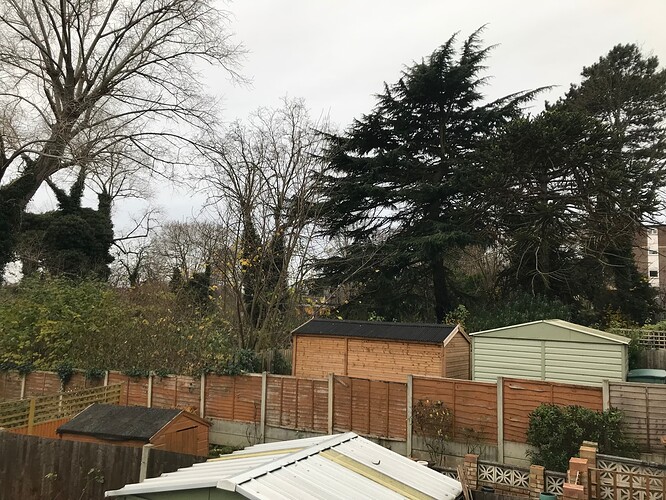 Just seen this, sorry for the delay in replying Rhidian. Hope this is still useful.

You are right this is in the London plan and councils have the option of adopting it. I don’t think that Lewisham have but they do say: ‘generally the use of garden land for development is to be avoided and will be stringly resisted’. (3.4 Local Plan).

However, the area is characterised as perimeter form, surburban (see Lewisham Characterisation Study). In this case, I believe that DM Policy 33 (C) applies:

The development of back gardens for separate dwellings in perimeter form residential typologies identified in the Lewisham Character Study will not be granted planning permission.