As shown below Southern’s Winter Timetable is being phased in between this Sunday December 12th and Tuesday January 4th. 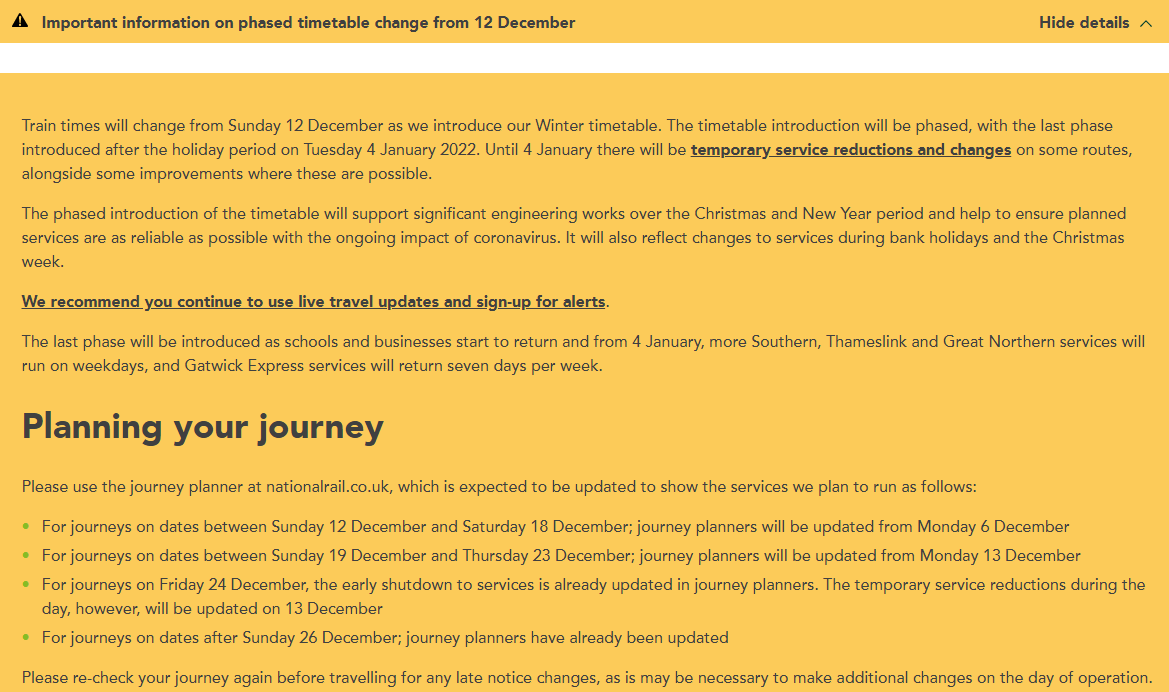 During the recent meeting with representatives from Southern, Forest Hill Society, Sydenham Society and Ellie Reeves MP it was reported that Southern had advised that they would be reinstating some weekday peak hours services on the London Bridge - Victoria service in both directions from Tuesday January 4th . However on checking National Rail’s Journey Planner I’ve found that the additional services are showing as operating Monday - Friday from 13th - 24th December! This will also mean there will be an additional 2 trains an hour to London Bridge during peak times.

The services due to operate are as follows:

Services on Southern will finish earlier than normal on Christmas Eve and there will then be no direct service worth speaking about from Forest Hill/Honor Oak Park etc until Tuesday January 4th! (sorry @maxrocks!) This is due to Network Rail’s ongoing work to modernise the 1980s track and signalling into Victoria station which results in the closure of the tracks used by Southern and many of the Victoria services being rerouted to London Bridge instead. London Overground wont be operating on Christmas Day but will be operating from December 26th.

Thank you!
And I’ll be the woman weeping into my coffee on the Platform at FH around 8.15am from Boxing day until 4th January!

Classic Southern up to their old cancellation tricks again…knew it was too good to be true! 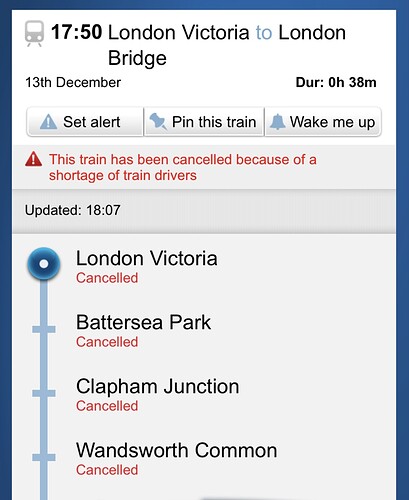 I’m not surprised - Having just heard the latest news on BBC about the rapid spread of Omicron I guess staff shortages are going to rise. And this was the reason Southern gave for not being able to reinstate the full service yet!