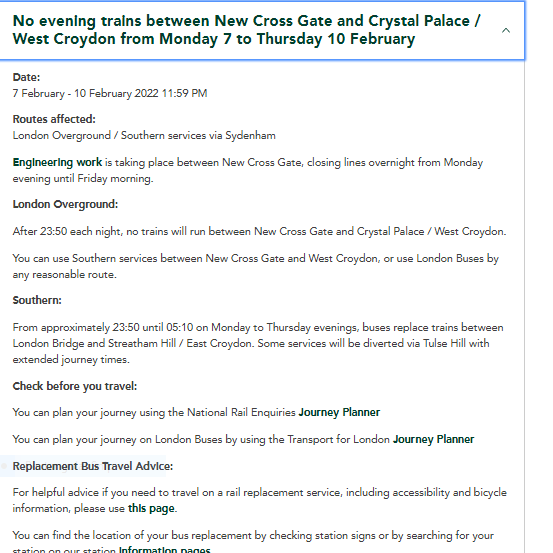 The last Southern service from London Bridge operated by train will be at 2310
The 2340, 2358 and 0035 will be replacement bus services, however the information as to where these bus depart from at London Bridge are a bit vague on the National Rail website: “Rail replacement bus services are usually found outside the front of the station. However this is sometimes subject to change. Please check engineering posters or consult a member of staff.”

I managed to find the rail replacement bus one evening.
Go north out of the station and keep left. You should quickly see buses waiting. Finding the right one is not so easy. But it will probably turn up a few minutes before the time advertised on the departure board in the station. Also it will have a destination board on display. You need to press the button before you get to your station.