Local press are reporting on the latest Ofsted inspection of Forest Hill School, published last week in the basis of inspection in October 2021: 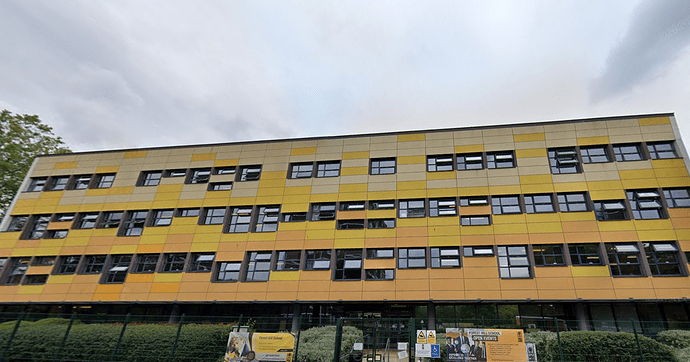 [Forest Hill] secondary school has been warned after it was too focused on teaching kids how to pass maths exams, rather than helping them properly understand the subject. Inspectors gave Forest Hill School in Lewisham a rating of “requires improvement” following a visit in October 2021.

PE staff told pupils what they needed to do to rack up marks in exams, but their teaching of sports lacked structure, Ofsted inspectors said. Science lessons were also criticised for a lack of ambition. The report reads: “Teaching in mathematics is driven by the GCSE examination requirements, rather than deeply embedding mathematical knowledge

“While pupils generally enjoy participating in physical education (PE), the core programme is not sufficiently structured and, again, teaching and assessment are focused on what pupils need to do in order to gain examination marks.

"In science, while the curriculum is well-planned, teaching often lacks ambition and does not secure good-quality work.”
…

Since each report starts with a handy overview section, I’ve tabulated the last three report summaries:

Note: gaps are due to category changes in the inspection reports over the years

I’d been waiting on this for ages as it took 4 months from inspection to report release, which is much much longer than normal. I was concerned they might go to inadequate and become an Academy and lose some of the elements that make them attractive.

There is a general feeling from people I know that Ofsted stitched them up, but of course it’s hard to know. On the positive side it means it remains with the same management and still with an eye on getting to a good Ofsted in a couple of year.

It’s so hard to work out what is what, however all the parents I have spoken to whose kids joined FHS in Y7 this year says their kids are happy (though clearly this won’t represent everyone).

Anyway. the head wrote a letter to the parents discussing the appeal a bit, it’s here:

We are writing to you following the publication of the Ofsted report for the inspection of the school which took place on 7 and 8 October 2021. Thank you for bearing with us for the four months since the inspection was conducted. As you may be aware, this far exceeds the normal timescale for report publication following an inspection. This is because we had significant concerns about the conduct of the inspection, and several of the key judgements made by the inspection team. These concerns led us to follow Ofsted’s procedures in responding with our comments to the content of the draft report, and subsequently to submit a formal complaint to the inspectorate about the inspection and its outcome.

Despite these efforts, the overall outcome of the inspection is that Forest Hill School is judged to be not yet good. Whilst we are pleased to receive ‘good’ judgements for personal development and sixth form
provision, we are disappointed that the inspection team did not recognise the many other strengths of the school, or the significant progress which has been made in all areas since the 2017 inspection. Forest Hill School is a place transformed since that inspection, with step changes in standards of behaviour, attendance and classroom experience for our students. We expected that this could have been better recognised and commented on in the report. Their judgements and comments differ significantly from the overwhelmingly positive feedback given by Forest Hill parents in the annual parent survey last summer, and in the Parent View survey carried out by Ofsted as part of the inspection process. They also do not match with the views of external support partners which work with the school. Our thanks go out to the many parents who took the time to complete surveys. Your support is, as ever, highly valued.

This being said, we are not a complacent school and our improvement agenda was already focused on the areas for development identified by the inspection team. Although we have ongoing concerns about some of the judgements, we will work with the recommendations in the report as we move forward on our improvement trajectory in the coming months and years. As ever, we will seek guidance and support from a range of expert partners from outside the school. Parents will receive regular updates on our progress with this agenda. We will be working towards a follow-up Ofsted monitoring visit which is likely to happen early next academic year. This visit will not be a full inspection, but rather a brief means of ascertaining the progress made by the school. The full inspection should happen within two and a half years and we can assure you that all of our energies will be directed towards ensuring that inspection yields judgements which are a true reflection of Forest Hill School.