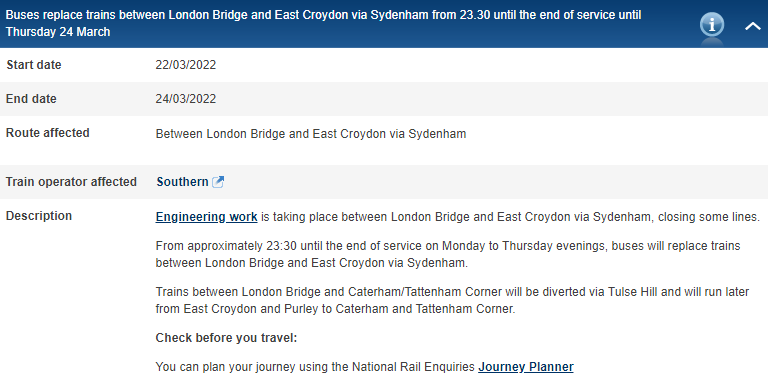 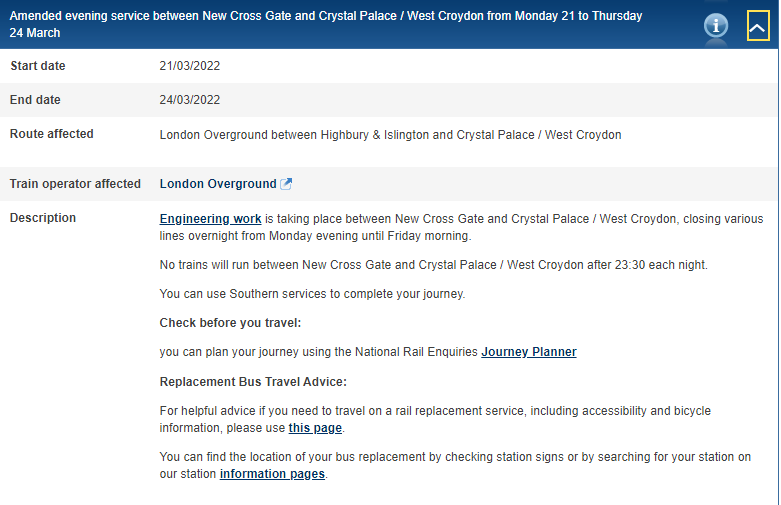 The last train service from London Bridge to Honor Oak Park/Forest Hill will be the 2328 departure.

The 2340, 2358 and 0035 services will be operated by rail replacement bus services which depart from the bus stop in London Bridge Street at the times the trains would normally depart.:

The last southbound London Overground service to Honor Oak Park & Forest Hill will depart Canada Water @ 2308. and New Cross Gate @ 2315. . The 2317 departure from Canada Water to New Cross Gate will connect with the last Southern service to Honor Oak Park and Forest Hill while later services will connect with replacement bus services at 2355, 0013 & 0050. These will depart from Bus Stop R in New Cross Road.