No Southern services from Forest Hill/Honor Oak Park this weekend 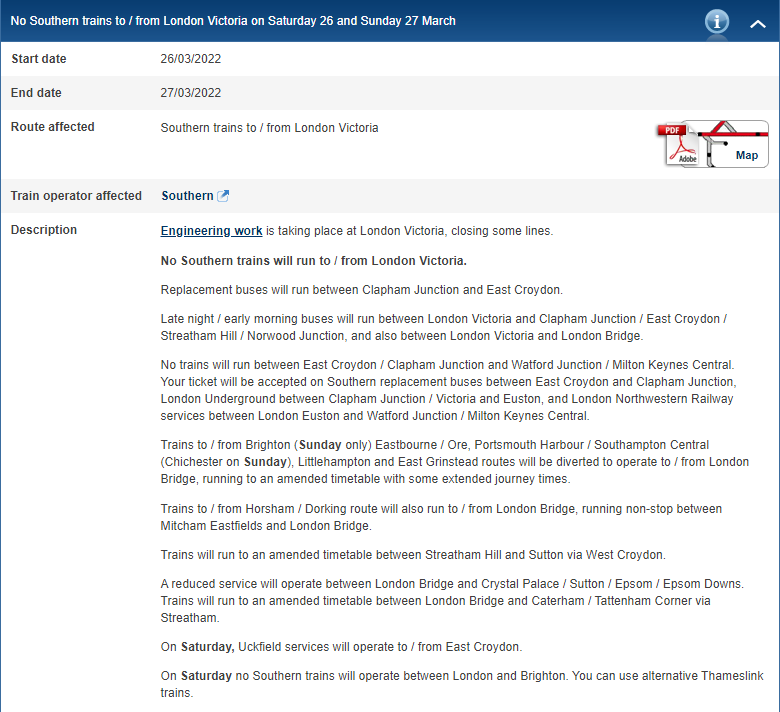 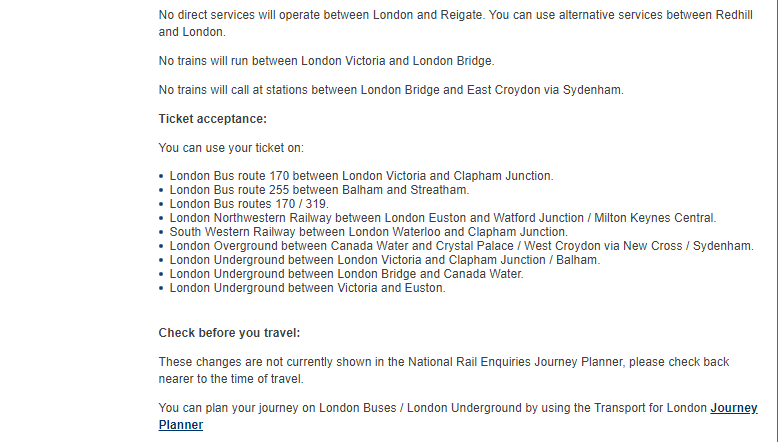 Southern will also not be able to operate into Victoria on the following dates with more dates for later in the year to be announced:

image812×279 7.2 KB
For further information on the ongoing resignalling project on the lines into Victoria: