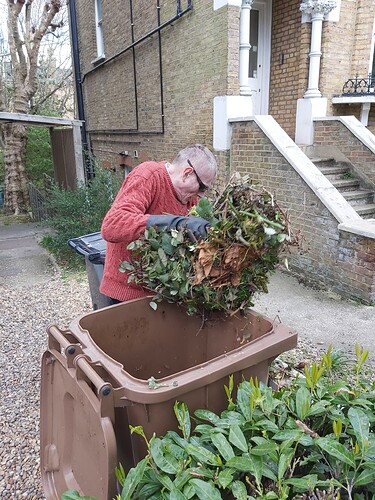 20220402_1347071920×2560 733 KB
Found this gentleman emptying our garden bin this afternoon - apparently in the belief that we had stolen his. He was quite aggressive when confronted, but calmed down and apologised when he got about half way down. He put everything back in the bin and I thought that was the end of it.

Two hours later, our bin had been emptied on the drive and removed. An anonymous note was left behind on the pile which leads me to believe that the two events may be related. If you know who he is, or see him about, then please contact Lewisham police with crime reference 3208141-22 as he is a person of interest.

Well that is rather odd, which end of town is that?

I’ve painted my house number and first letter of my street on my bins so when they do go AWOL they\re usually easy to track down somewhere up or down the road. Seems to be quite a common tactic.

which end of town is that?

Just round the corner from you.

I agree.
Our house number was written on the bin, but that didn’t convince him and can be removed.

This occurred on London Road

Meanwhile, you’ve given me brown bin anxiety - I went to check on mine this morning and this is almost as annoying. Right next to the black bin too - like if you’re going to dump trash in people’s bins then at least have the decency to use the right one. Do I really want to deal with people’s dog crap? 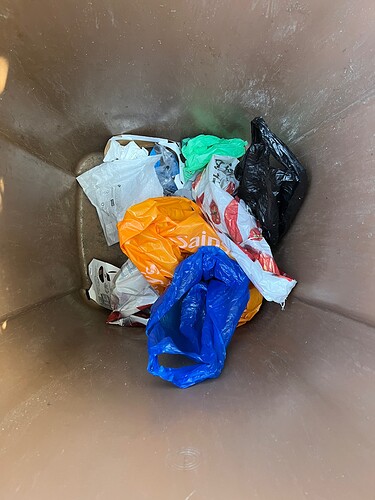 I was going to say have you got your number on it,
I suppose the only thing you can do is go up the street to look for it.
If you don’t find it make sure your subscription is cancelled.