Can anyone recommend a good reliable roofer? I don’t think it’s a major job, probably just a missing tile or some flashing that needs looking at.

Darren Bourroughs from Resolution Roofing fitted some flashing and did some repair work when we had a damp problem. Very decent service, .

Update: we’ve since had to have our flashing redone as the mortar broke down and the flashing had come away from the wall. This may not have been Darren’s fault, as some subsequent work had been done on our neighbour’s house - but our recommendation comes with reservation now.

Have got problems with flat roof & after 3 bad experiences I really need some HELP. Can someone recommend a local experienced roofer please!

Hi @finches. I’ve merged your request into the existing topic

We had some remedial roofing work completed today by Mark Mochan from Albion Roofing Solutions (based in Dacres Rd, SE23).

Excellent service - friendly, gave a reasonable quote, arrived on time and got everything done within a day.

Have a cracked roof tile or something similar letting in a bit of water - need it fixed! Any recommendations would be amazing and will be contacting Albion and any others.

Ooohhh…, thanks for this… reminds me I need some minor flashing repair work done…

I tried two roofers recommended here for a small job requiring some tiles to be replaced.

Initially I emailed their office with pictures and description of needed work but got no response. Followed up with a call, and an appointment was made for 2 weeks later to look at what was needed and produce a quote.
Two weeks later Chris Ball’s Son arrived and looked at the roof from the ground. Discussed needing scaffold and splitting the quote into work without scaffold and work with. Seemed to think it would be around £500 for the basic bits + £700 for scaffold.
Formally written up quote came from the office a day later for £6,000 (inc vat). Looked like the wrong quote so queried it. Three days later I got a revised quote for £1,400 (inc vat).

Emailed same pictures and description to Albion (Mark). Initially said he was too busy, so I tried again a month later. After a few emails and a phone call, received a price in an email £400 - very informal and no details of warranty or such. Happily agreed to 1 year warranty when asked.

Decided to go with Mark and he turned up with a partner and completed the work in 2 hours. Didn’t need scaffolding and did everything asked safely from the top of the roof. Was casual about payment, and I paid cash a few days later. Nice guy.

Albion are small and informal but did a good job. As essentially one man + partner team communications was sometimes a bit drawn out, but not really a problem for non-urgent work.

Chris Ball & Sons appear to have an office to call with a secretary. However, this didn’t make things go much smoothly and email needed chasing and there seemed to be a delay when one secretary hadn’t handed details over to the other who worked different days. The quote was silly - clearly didn’t want the work and wasted time all around. Perhaps I would consider again for large work (like replacing whole roof), not small repairs.

Finally Which magazine has a cost guide, which almost made me cry: 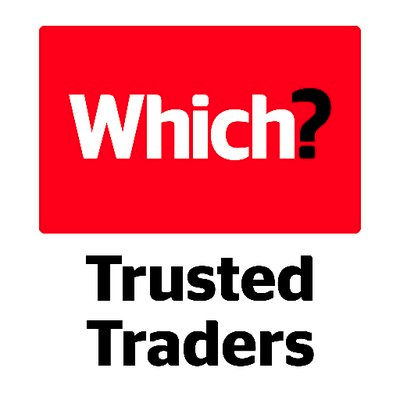 Find out how much roofers charge, the average cost to repair a roof and the cost of a new roof in the UK, including tiled and flat roofs. Plus how to spot the signs that you need professional roof repairs and how to choose a roofer.

Good post. I’ve struggled with the Which cost guide before - I just doesn’t seem to bear much resemblance to reality. Maybe it’s a London thing… I still look at it, but so long as quotes are within an order of magnitude I wouldn’t be surprised - it’s tricky getting little jobs done.

I’ve just had some work done by All Weather Roofing Solutions Ltd - preparing holes and crack, securing gaps and cowls fitted for chimneys. They were professional, friendly, tidy and did a great job with a quick but efficient turnaround. After many outrageous quotes, they were competitive and very knowledgable.

Hello, will gladly take any other recommendations as I have a leak and unfortunately Chris Ball only available 8th Jan and Mark from Albion was super helpful via whatsapp with pictures etc but likely can only do after Christmas. My requirement is obviously a bit more urgent…
Any updates pleased to hear as sure it will continue to rain in December.

Did you have any luck getting anyone in quickly for this repair? My flat roof window has started leaking and I’ve least message with Chris Ball and Albion but need someone in ASAP.

Luckily my freeholder finally got involved and he had some guy who seems to be jack of all trades, master of none and managed to get it sorted pretty quickly. Afraid don’t have his details as all managed by my freeholder.
Unfortunately I think my freeholder was only interested as we were in the middle of a lease extension and he wanted his money pre Christmas.

Any other recommendations for roofers please? Chris Ball are booked to come out and measure up for a quote, Albion haven’t replied to any of my calls or emails.

@little_cat do you have a number for the company you recommended please? Thank you

Hi, can anyone recommend a good roofer. Had a whole lot of work done and after 8 months we have the same issue back! Thanks in advance. Sarah-louise

Can anyone recommend a roofer to do repairs?

We recently had some roofing work done and it was very very bad.
I cannot recommend Town and Country Roofing in Crofton Park in any way at all.
Please avoid a very costly mistake.

Mark was very responsive and helpful. He and his team were able to help on separate issue on both my garage roof and velux.

I dread anything being wrong with our roof. My husband has worked in construction all his life & used to know quite a few roofers, who he could trust to do a good job & I could also recommend to others, but like himself they are all now older, retired or not alive!
A elderly neighbour of ours really got ripped off by having a supposedly new roof fitted a couple of years ago, & because it rained it has done untold damage to her house. I also don’t think she has any insurance. The police did catch the culprits though.
So any recommendations for future reference would be handy.