A Crossing at Perry Vale? (by underpass)

Evening all. Sorry to resurrect this old chestnut but the emergency crossing at Perry Vale by the underpass is serving as fairly strong evidence that it can in fact work, despite the council’s protestations to the contrary. Might it be worth taking this up again? While we’re at it it would be so wonderful to be able to cross Westbourne Drive without feeling like I’m crossing a Formula 1 racetrack.

I stopped at that this morning on my way to the Bell Green Sainsburys. As my light changed to green I set off only to be met by a red light jumper. You want a pedestrian crossing there, you are nuts!

Perhaps a permanent set of lights would be a bit different. At the moment it is one lane traffic - with a proper crossing under normal conditions with traffic flowing in both directions ( and I use the word flowing advisably!) it might be doable. While a crossing is preferable for pedestrians who have to cross regardless I am not sure that it helps the traffic flow round the area. At this time of year traffic is perhaps at the lowest level and still there are issues with cars trailing back round Waldram Place and South Circ.

personally I think a zebra crossing there would be better for getting pedestrians across the road, and the traffic flow wouldn’t be affected too much.

A conversation that has happened many times before both here and on other forums. The question is: where could you safely put a zebra crossing on a bend? If it’s tricky for pedestrians now because of sight lines, a zebra crossing isn’t going to be any better.

on the bend is the best place, surely? as a drive from Sydenham side you’d see the flashing lights from a long way off, and so prepare to be able to stop, from Waldram Rd side you’d see the Belisha Beacon flashing light on the station side of the road and you’d know that you’d have to be aware, and ready to stop, and you’d not be going too fast as you’ve only just started from the junctions.

Maybe we are thinking of a different spot. I can’t visualise clear enough sight lines anywhere along that stretch, and certainly not where the table currently is. I wonder what the rules are for installing zebra crossings. Anyone think of one that’s around a corner and not on a straight stretch?

People have asked for a crossing, the council always say no. I can’t remember now if it’s because they think it’s not necessary or impractical.

People have asked for a crossing, the council always say no. I can’t remember now if it’s because they think it’s not necessary or impractical.

Gotta love Google. Found this site with a response from Perry Vale Councillor John Paschoud. What I can’t find is a date.

Thank you for your petition requesting formal crossing facilities in Perry Vale outside the station.

I am afraid the Council cannot introduce a pedestrian crossing at that location because the sight lines are not good enough. In other words pedestrians and vehicles approaching the crossing would not be able to see each other from a sufficient distance to allow vehicles to slow down and stop safely. However we recognise that this is the ‘desire line’ where people want to cross. That’s why the engineers put a in flat top table as an informal crossing protected by speed cushions on either side of it to slow traffic down. A stretch of guard railing has been installed to encourage pedestrians to cross at the edge of the table where sightlines are best.

Sight lines around the bend in the road have been improved, as has pedestrian safety, by the recent widening of the footway and remodelling of the carriageway. Pedestrian improvements have been made along the length of road by the subway and these include a wider pavement, narrower carriageway, better crossing at the car park entrance and a flat topped speed reducing table by the subway where people want to cross. Prior to this work pedestrians crossed here unaided.

As I’m sure you appreciate, crossing on a bend can never be a safe option. What we have tried to do is to accommodate people’s natural movement, as far as practicable. If residents are still worried we may look at extending the guard railing to prevent crossing at this point.

I’m afraid that other than extending the guardrailing to prevent people crossing too close to the bend there is little more we can do to improve the situation. Any design to install a formal crossing at this point would not pass a safety audit, and indeed would be likely to make the crossing less rather than more safe. This is because pedestrians tend to perceive formal crossings as safer and therefore take less care when crossing.

I understand you concerns but hope I’ve explained why a crossing is not a viable solution.

I walked through last night, and I’d forgotten quite how long the bend in the road is. it’s quite a way down Perry Vale before it’s straight enough to see far enough ahead for cars.
possibly the only solution would be a signalised pelican/puffin type crossing, and maybe some big mirrors on the retaining wall of FH station, so that pedestrians on the east side can see cars approaching from around the bend.

I don’t think that a wall mounted mirror will be sufficient for car drivers to see pedestrians or visually impaired pedestrians to see cars. In my uneducated traffic planning opinion, the line of sight problem would only be cured if the parking in front of Finches and the Banqueting Hall is switched to the other side of the road.

or they could create a new station exit a lot further south of where it currently is, and then have a crossing further south, nearer to the car park entrance.

I have said it before and will say it again. Regardless of a formal crossing or not. Most users of the station being commuters will just walk out when and where they want to in the road, with no regard for what is around them. I have seen it time and time again. Too busy watching their phone screens, or too impatient to wait, so out they go.

It would be interesting to see how many people would use such a crossing, and wait the 1 minute for it to cycle before crossing. Even if the initial usage was high, I guarentee than within 2 weeks it would drop off, as people decide their life is more more important than others, and trade their safety for the sake of 1 minute of their life.

Of course there is a need for the less able bodies (of which I have been) to get safely across the road. But the truth is there is no substitute for a clear and safe road to cross. Red lights, and stripy roads do NOT make it impossible for cars to pass, as witnessed by @Londondrz

I am not anti, but just realistic, that the impact on traffic flow plays a huge part, visibility of the signalling would also be an issue.

How about a bridge coming from platform 2, onto the opposite side of the road. I mean if we are going big, lets go for broke here.

I like the new system with the road closed off. Makes crossing the road a lot easier for pedestrians.

I think there are a few who may not like it though, that includes the pedestrians in the surrounding area that are now in danger due to diverted traffic.

Not this again, it’s like Brexit posts. I shall call them zombie posts, they keep coming back from the dead.

A long debated issue, which I have made my feelings known on countless times, but saw this on Twitter today, and wondered…

Do the images promote the need for a crossing, or demonstrate how dangerously some people cross the roads?

I realise its a Marmite subject 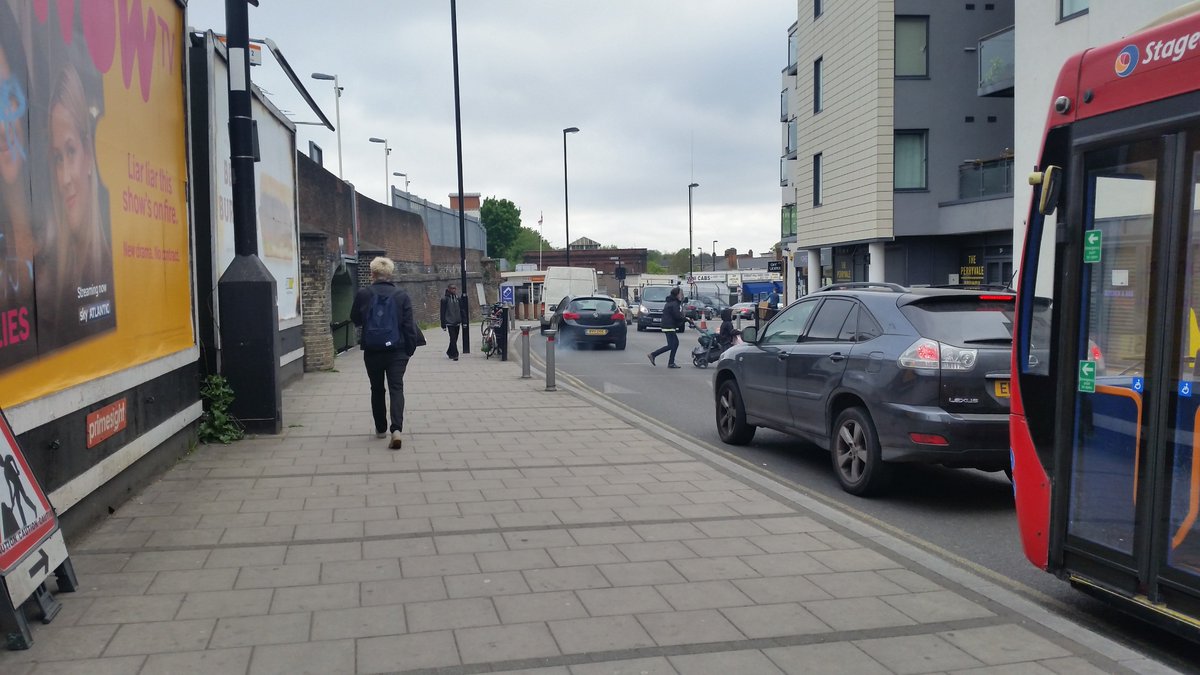 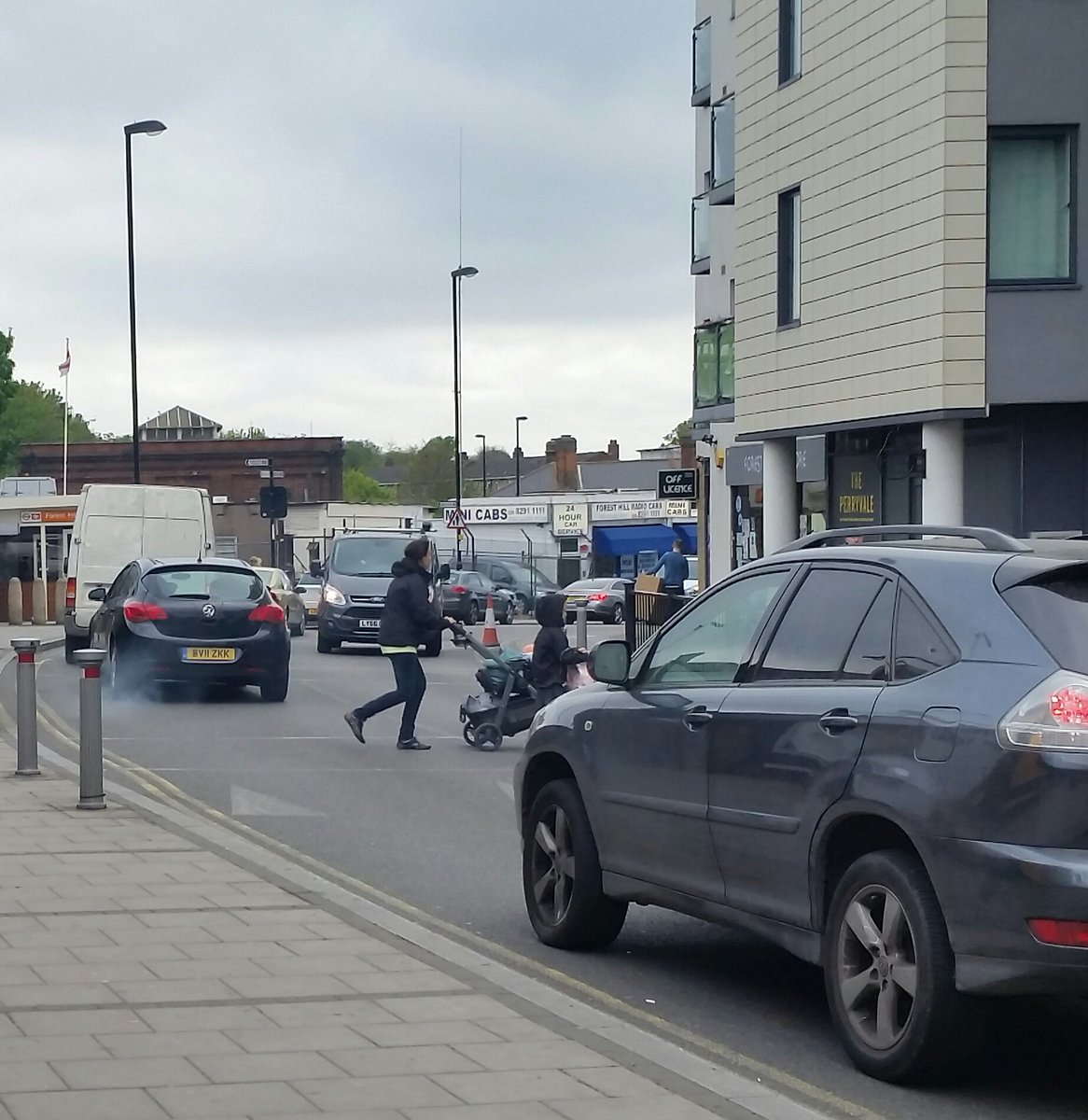 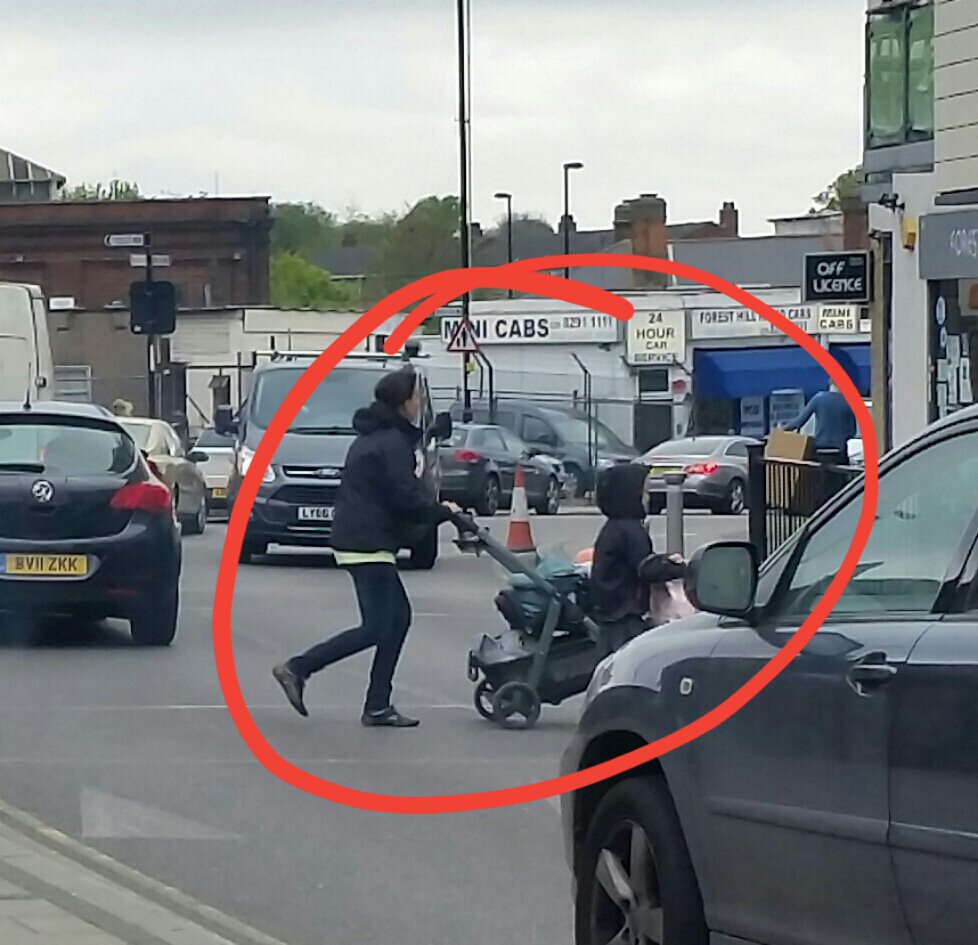