I think they are busily building one, extending out over the former docks. Last week, London City airport executives told their own consultative committee in a publicly open meeting that they had received 1800 responses to their expansion plan consultation, about 50/50 for and against. It was pointed out to them that this appeared to ignore (something we have been told by airport staff) some 4000 ‘Back the Ban’ postcards with names, signature and postcodes objecting to further flight numbers…

2019 was incredibly busy, with both airports busy planning expansion and issuing numerous, and simultaneous public consultations. Meanwhile many of those overflown by increasingly low and concentrated flightpaths complain about persistent and unreasonable noise, and increasingly about climate concerns.Many London local authorities including Lewisham and many MPs, including our own Ellie Reeves were persuaded to take a clear public position to defend the overflown against the local environmental impacts of further expansion.

Next up in 2019 will be London City publishing its Masterplan ‘consultation’ findings and a new Masterplan. But rather than go into all the detail (which some of you may have seen me do at the Forest Hill Soc AGM) here is a scene setter which looks at aviation expansion from a climate emergency stance. I thought it well worth a read.

Extinction Rebellion Newham is hosting a peaceful event at one of the main Canadian pension fund backers of London City Airport on 11 Feb. Leading XR spokesman Rupert Read is coming.
Campaign group HACAN East are supporting- we have recently written to key executives in investor organisations pointing out the strong opposition across London to expansion of this airport.
And at the Lewisham Climate Emergency forum this week, Cabinet member Sophie McGeevor confirmed that Lewisham would continue to oppose expansion.

ICCAN (independent aircraft noise body) is interested to hear opinion on how airports consult with their community - short questionnaire here.

this morning it feels like the efforts of local community groups and the Forest Hill Society have been worthwhile. At yesterday’s meeting of their Consultative Committee London City Airport backed down and withdrew their proposal to end the weekend flight ban and to extend their operations at the beginning and end of the day. Thanks to everyone who wrote, responded, delivered leaflets under the flight path, sent a postcard, spoke to an MP.

Thanks are also due to local MPs Ellie Reeves and Janet Daby, plus several local Councillors including Leo Gibbons and Sophie McGeevor who all totally understood and supported our argument and have ensured that Lewisham residents have been properly represented.

We’ll never know what swung it, but we campaigners are declaring victory, they don’t come frequently. I am convinced that the public campaign including mass postcard campaign from HACAN , our XR demo last month at the London offices of the airport’s owners, the mass anti expansion campaign at Bristol (same owners) , plus our behind the scenes lobbying at the GLA, with Sadiq Khan’s advisors, with AM’s plus with quite a few MPs, and many Councils influenced a wave of anti expansion responses to their consultation from individuals, Borough Councils and MPs. We also lobbied the executives from their owning Canadian investors. And their planning authority, Newham. I don’t think they are ready to apply for expansion planning permission to Newham now. Looks a bit toxic publicly after the Heathrow supreme court and Bristol council decisions, even if they are appealed.

Obviously the air industry is in disarray right now- so, having flown their expansion kite, its not a bad time for them to put expansion plans on a shelf for a while, whilst appearing to have listened to feedback.

For the first time yesterday I thought the CEO appeared as though he understands what the London opposition is about. (He’s under enormous pressure to deliver value to the overseas shareholders who paid £2billion for the Airport). Instead, I picked up yesterday that they plan to differentiate themselves by becoming the leading world airport on use of green (hmm…) fuel and electric/hybrid planes. New strategy. They will publish their new Masterplan by end of the month.

Next week we will press on with the launch to MPs in Westminster of an independent economic report that will closely examine the economic claims that City made in their draft plan.

Where it leaves us is where we were when City launched the expansive draft plan last summer. That is with noisy overlapping flight paths over SE London with Heathrow, and still City have permission to increase flight movements over the present day level within existing planning permissions. The line that we took last year is still a good one - that no expansion should be even considered until such time as the overlapping flight paths over London have been satisfactorily sorted out.

So with the immediate threat of new Heathrow and City expansion at least delayed for a couple of years, local focus moves to ensuring that the Airspace Modernisation (= sort out the flight paths) project, delivery due 2025/26 involves close cooperation between the two airports, with a view to improving the double/simultaneous overflights of SE London, and increasing the altitude of planes from both before their final approaches. The Forest Hill Society is engaged with periodic stakeholder workshops at both airports pushing them to work together and not lose focus on SE London as they push their two projects along.

Well done @ThorNogson and everyone else involved, as you say victories don’t seem to come that often and it’s clear from your posts how much work from many people has gone into this. Good stuff!

Outstanding result. Congratulations to all those working effortlessly on the committee and with your partner organisations.

The sun came out to celebrate.

Great news and a great result! Well done everyone!

Well done @ThorNogson and thanks for sharing back to the forum.

Hopefully this kind of successful pressure on airports will help accelerate the transition to quiet electric aircraft as battery energy density improves.

Yes hope so. I heard Cranfield Aerospace say on BBC the other day that commercial airliners on electric power are 2-3 decades away. They are currently developing a kind of electric flying car for 5 people by the sound of it. The London City CEO said a bit less time for commercial flights. But said massive investment going into the ideas.

It is good news. It’s also a reminder of how dependent we (citizens) have become on volunteers like yourself. It is scandalous and disgraceful that our supposedly representative bodies - Local Authorities and Mayors, Greater London Authority and London Mayor, and Westminster itself - have negligently allowed a situation to develop where human habitat becomes unliveable.

Local Authorities and Mayors, Greater London Authority and London Mayor, and Westminster itself - have negligently allowed a situation to develop where human habitat becomes unliveable.

As much as I support HACAN and the volunteers, we have a growing population and economy, so we cannot hold off airport expansion forever without damaging opportunities for people, and limiting the supply chains we all rely on for our quality of life. Our leaders aren’t necessarily “negligent” - they are just trying to balance the priorities of everyone, and that can’t be an easy job.

The best hope we have, IMO, is new technology, and new airports built near the South and East coasts to avoid over-flying urban areas.

Well done and thank you to all involved.

I had the following recent assurance from Heathrow and London City about my concerns that they are not in fact jointly planning flightpaths and cumulative noise impacts…we will watch closely.

'Thank you for your feedback regarding the recent workshop at Heathrow and the airspace programme in general. As you’re aware, Heathrow and London City Airport are both reviewing their airspace in line with the CAA’s Airspace Modernisation Strategy and CAP1616.

I would like to assure you that all major airports in the South East are working together to ensure that airspace redesign is undertaken in a collaborative way, ensuring that the resulting airspace design is efficient for the airport and takes account of cumulative noise impacts.
We cannot say at the moment what specific airspace changes will occur over Forest Hill because design options have not been fully developed and consultation hasn’t yet occurred. However please be assured that London City Airport and Heathrow are working closely, along with ACOG, to ensure that each airport considers airspace change in a collaborative way throughout the CAP1616 process rather than in isolation. '*

Everyone must have noticed that it is a different experience with London City Airport closed and very low flight numbers in to Heathrow. A new survey asks people from all London postcodes under Heathrow flight paths to report on what difference they are noticing at the moment. please consider completing this. Hope we can make sure SE23 gets a few responses so we are properly represented. Takes just a few minutes. 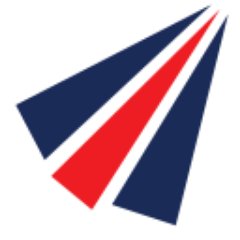 We've launched a survey on your experience of Heathrow aircraft noise during the lockdown. Please fill in the survey and RT/share with others. Thanks! smartsurvey.co.uk/s/T4G18I/?fbcl… https://t.co/mXu3u0AmUH 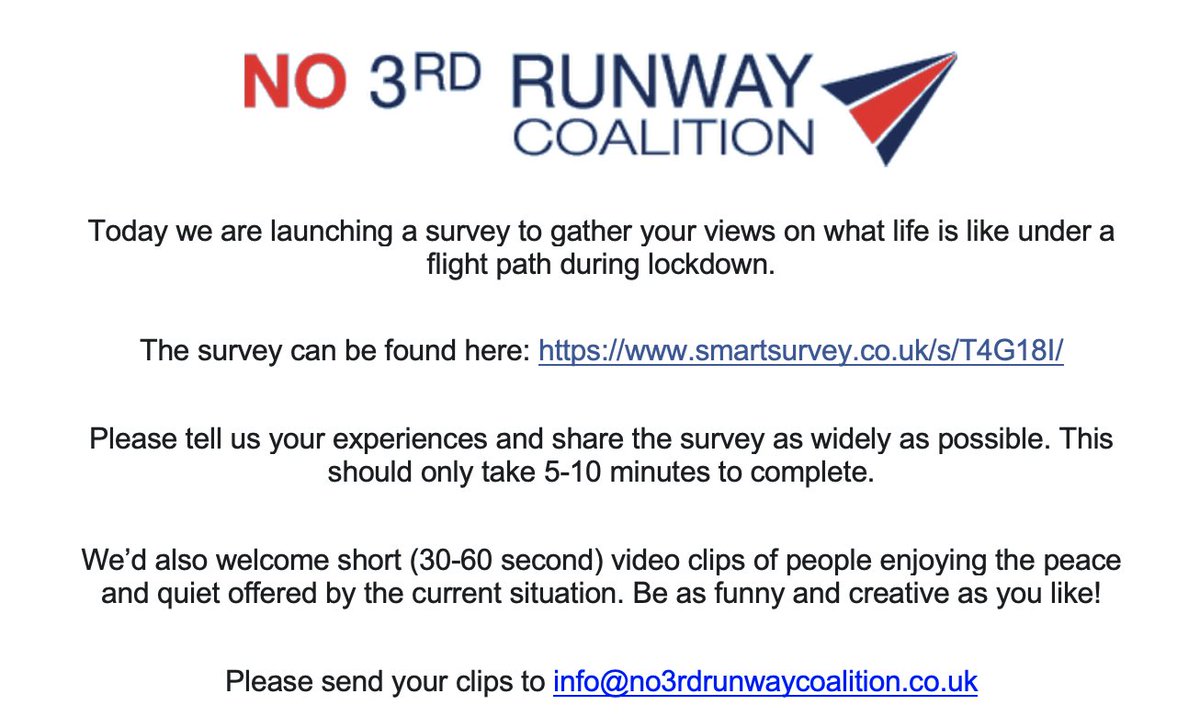 The difference is certainly noticeable and together with generally less traffic on the South Circular it’s now almost as quiet as being at my family home in Hampshire! The air is definitely less polluted as well but I’m not sure how much that is due to less air traffic as opposed to less road traffic. The worry is how much we’ll notice the changes even more when things eventually start to return to normal! Survey completed.

Four flights coming into Heathrow in quick succession, all at around 4.30am, all from Hong Kong. So bloody loud. I’ll put in a complaint but really hoping this is an anomaly and not a regular occurrence. 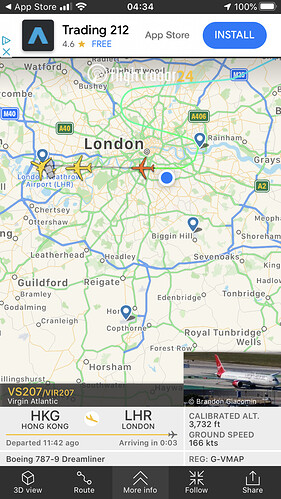 Historically flights from Hong Kong have always been some of the first arrivals into Heathrow every morning however this morning’s arrivals landed earlier than scheduled. Strangely though the Virgin flight on your screenshot isn’t displaying on Heathrow’s flight arrivals or Virgin’s or Flight Radar’s!

that’s an early wakeup. Heathrow always argue that the very early morning far east flights are very important to their business as a hub airport as they allow business passengers time to get an early connection to elsewhere in Europe. They have a regulated allowance of night time flights which allows them to fly in at times when we are usually asleep. Looks as though this was worse in our area today, because they were using the southern runway, so they lined them up in a procession over Greenwich, Brockley, Nunhead at about 4500 ft.
All showed up on the Heathrow Webtrak. 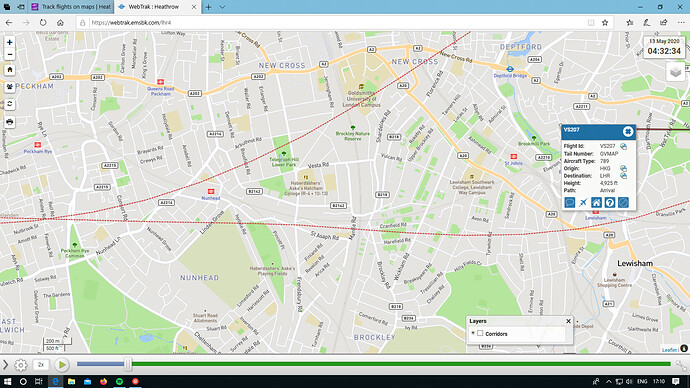 Thanks for the responses. Way back in the precovid there used to be a 4.45 ‘redeye’ arrival from the Far East that would always wake me up. Rarely have they arrived at 4.30 and four in quick succession. Very unusual.

Who knows what will happen air travel wise now but I cautiously predict no 3rd runway at Heathrow but Gatwick will cease to exist so Heathrow will absorb the demand and sadly (eventually) return to its old levels of business /noisiness.