In today’s era, thousands of people travel to their dream destination every day. And one of the most preferred means of transport is undoubtedly the airways. It is fast, reliable, and not to mention, a safe mode of transport that helps you reach your desired place promptly. But what to do after arriving at your desired country? Oftentimes, a majority of the people finds it tricky to get a right yet a budget-friendly transport service to reach their mansion or their relative’s palace in an unknown country.

However, no need to worry now as there is a host of Airport transfers service London offered to all the guests coming to this dream country. And you, believe it or not, you just need to book the Gatwick airport taxi services and that’s it! The car will drop you at your desired spot against the clock. The major benefit of opting for these taxi transfer services is that you don’t need to sit at the airport and wait until your relatives and known faces come to pick you. Apart from this, booking a taxi after standing in the long queue is again a tiresome job. Furthermore, after traveling a long way you would rather like to giveyourself some rest than waiting for your turn to come in the line, isn’t it?

What’s more? Of course, as you’re new to the place, you would not want to take any sort of risk associated with an unknown taxi driver, would you? London, commonly considered as the center for the tourists offer multiple airport transfer services to make the journey of the travelers secure and stress-free.

I’ve always used Forest Hill Cars to be honest. You pay 50% premium for the fixed fee to the airport to get the guaranteed bigger car, but never had an issue

I used to use them a LOT when I travelled for work and often had to catch a 7:30 am flight from Stansted.

I can’t remember what the standard charge is, but I’m quite sure it will be less than Addison Lee (always found them expensive)

I have a problem with FH cars as I have to watch their drivers pee against the fence in the Perry Vale carpark on a regular basis.

Yeah - I was parking there on Thursday morning and there was a FH Cars car in the corner with a trickle coming from underneath it. While there’s a dispensation for drivers of London public hire cabs to do this (presumably on the basis that they don’t have an office, generally), I am fairly sure there’s nothing for minicab drivers. I know people have complained in the past to the firm about the behaviour of their drivers in that car park, though I don’t believe it’s made any significant difference.

On a more positive note, I’ve used Linkway Cars in HOP for airports and as with FH Cars, you can book a larger car (not always as shiny as an Addison Lee) and they’ve never let me down.

Not to mention their annoying double parking and parking on corners waiting for a job. Grrr.

We’ve been using British Airport Transfers for a number of years and are happy with the service they provide: http://www.british-airport-transfers.co.uk/

I used to do early morning airport runs on a regular basis. Handy, the original minicab firm, have never let me down. They are now known also as Data Cars and have a pretty good app too.

Thanks for the replies, everyone. Gives me some options.

I once had a very bad experience with Forest Hill Cars. I booked in advance for two adults and a toddler and some luggage. I was told it would be £40. The driver arrived at 4am in the middle of winter and decided to argue with me about whether it was an ‘estate job’ or not. He had a great big people carrier, so it wasn’t as if he couldn’t take us (and we could easily have fit the luggage and people in a saloon car), but he insisted on a £20 (50%) extra to take us to Heathrow which the office backed him up for at the time. At 4am in the middle of winter with a toddler. I later complained to the office and got nowhere. Suffice to say, I haven’t used them since despite them being five minutes walk from home.

Last time we went to Gatwick, we used the parking facilities there which was roughly £70 for a week. When travelling for work, I usually get the train as it’s normally a change at East Croydon and then you’re pretty much there.

I’ve used Uber the last few times I’ve needed to go to the airport – they have a fixed price (£40 to Heathrow from memory). Not sure about getting one of the bigger ones at a fixed price though.

they have a fixed price

There are different car options with Uber that you choose via the app. 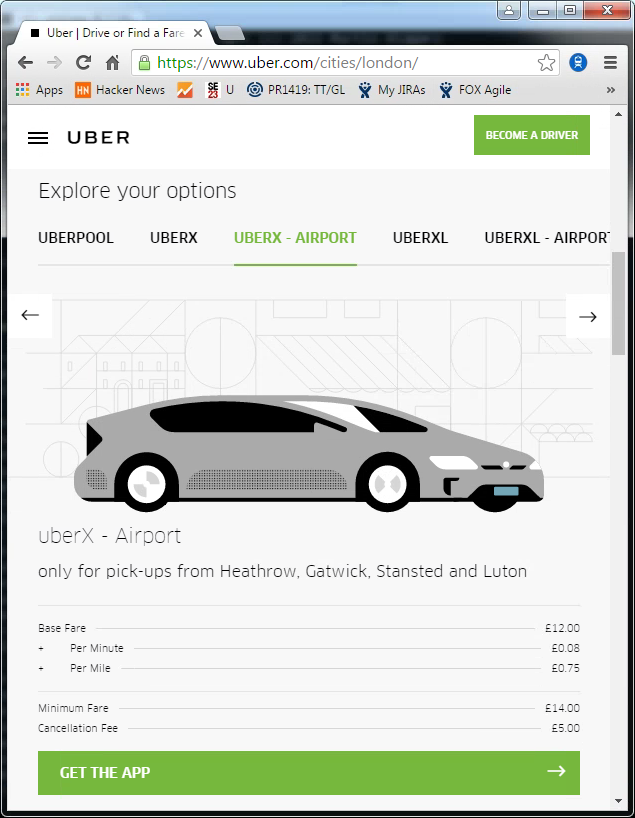 I too use British Airport Transfers. In fact I’m in one now returning home from LHR.

Like AddLee you can chose vehicle type to suit. Drivers ar very polite and helpful. But a fraction of the price and compatible with lical car firms. They have an app too.

I have a problem with FH cars as I have to watch their drivers pee against the fence in the Perry Vale carpark on a regular basis.

Just gone to pick up a parcel and the driver of a white FH Car was stood watering the plants in the Post Office car park. Not hidden in a corner, oh no. Slap bang in the middle.

the driver of a white FH Car was stood watering the plants in the Post Office car park. Not hidden in a corner, oh no. Slap bang in the middle.

Where’s Sgt Gatfield when you need him: 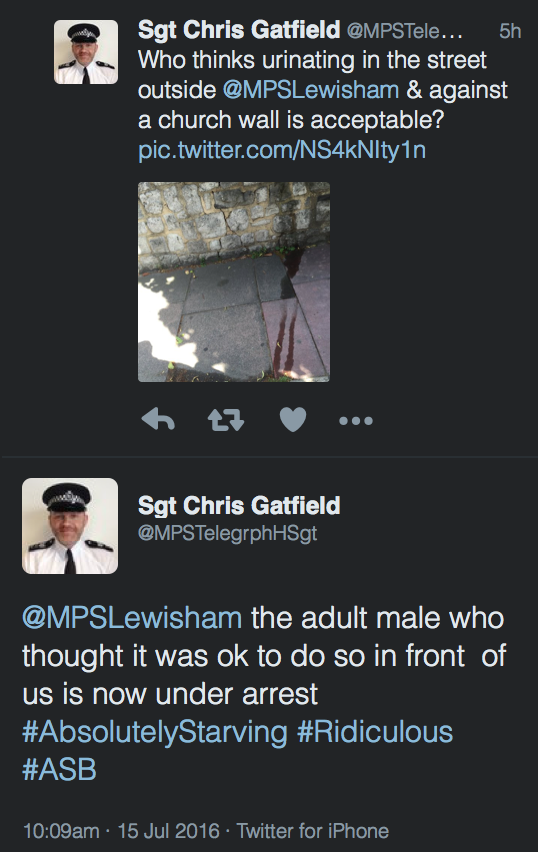 Sorted. Thanks for the flags.