Any guesses on the meaning of this?

Ok I know it’s a bicycle, but have no idea of the context in which it is being used… 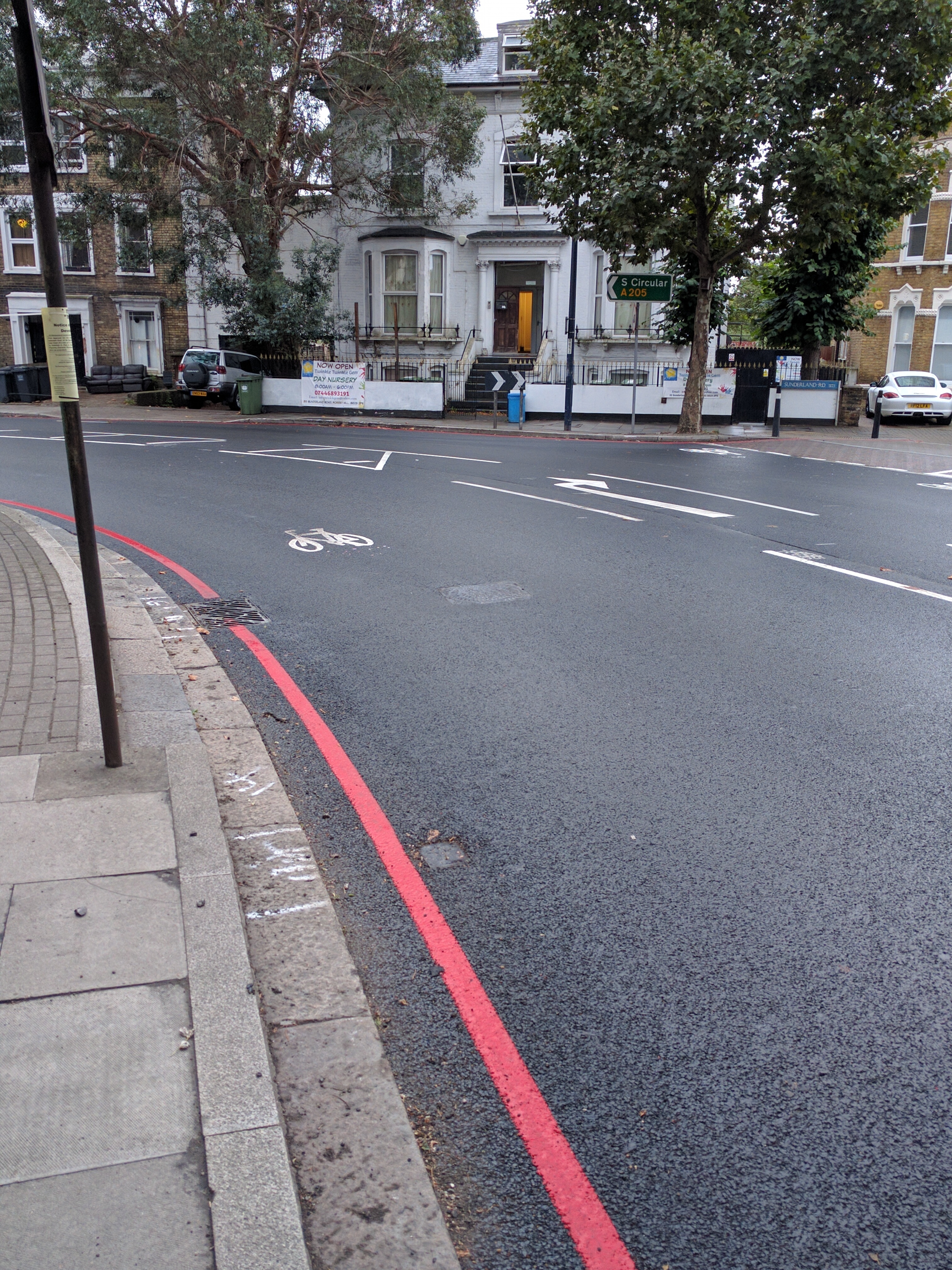 I believe that it is encouraging you to take “the primary position”, a.k.a. cycle in the middle of the road at this point. This would stop long and articulated vehicles from partially passing you, but then swinging across the lane as they turn the corner.

That’s what I thought too @Andy but then wondered how lorry drivers etc are expected to guess you are about to swing wide.
Surely a sign suggesting cyclists will take the primary line would work better. Just having a single little bike logo is just plain weird.

It is just a cycle route sign. TSRGD 1057. Nothing special, just tells you there is a cycle route rather than it being on a sign post.

Cheers Jon, weird place to put it, but make sense.

It must have been put on for me

as I can’t turn the sharp corner at speed. But it makes sense you do not want to be overtaken by a long vehicle and find yourself between its wheels.

Just worth noticing that if this is in any way to identify the best line for the corner, and they didn’t take into account the manhole cover 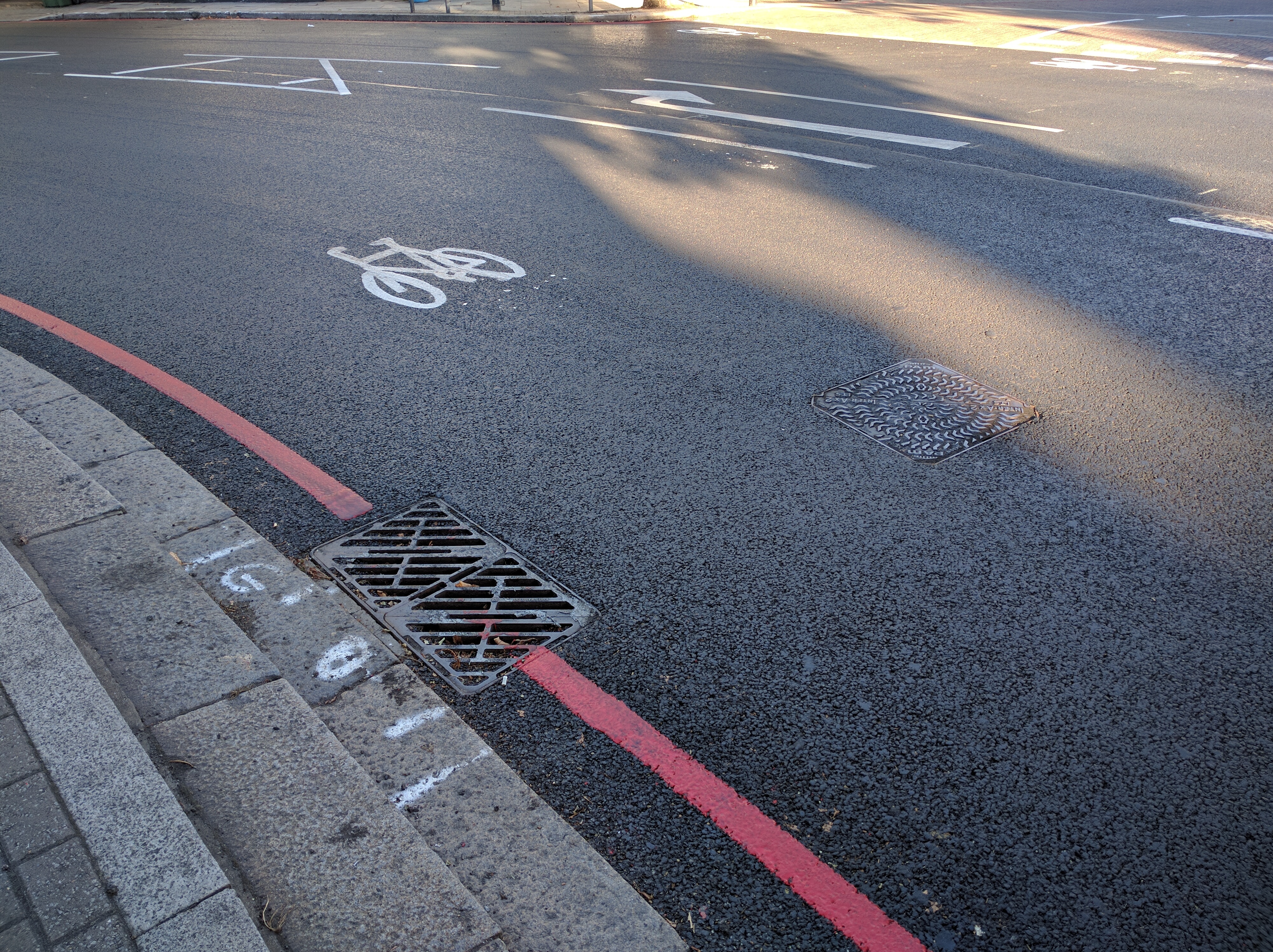 Ok just noticed one outside Topps Tiles in the other direction now. Not so random.

(said in best ‘Taggart’ accent): “There’s been a murrderr!”

Do you know that whoever puts manhole covers in does it on corners just where motorcyclists ride in corners. I particularly like their placing on wet days and winter when you are at maximum lean. They must hide cameras so they can have a chuckle whenever a motorcyclist looses the front end or has the back wheel try to overtake the front. Tossers.

They must hide cameras so they can have a chuckle whenever a motorcyclist looses the front end or has the back wheel try to overtake the front. Tossers.