Hi, this lovely cat has been visiting our back garden for the past 3 or 4 months (ish).

Whenever I’m home, it always pops up on my window sill around the same time every morning (going to assume it’s showing up every day when not home). Then comes the stare off / loud ‘meow off’ with my own 2 cats, followed by swipes at each other (either through the window/cat flap) or the occasional chase over the fence. I usually give it a few sprays with a water gun, and it will return 3 or 4 times (and get another spray) before disappearing until the next day. Since the tabby arrived on the scene, I barely see the other cats in the area anymore (who my cats didn’t seem to mind).

Unfortunately, he/she is quite aggressive towards my own 2 cats. It has even gone for me a couple of times when approaching very slowly and trying to encourage it a little. I’ve found the cat in my kitchen once before (followed by a little scuffle) and also in my front room twice when the window was open. It is stressing my own cats out a bit but I do feel really sorry for the little bugger.

It has no collar and must be fairly new to the area as it only showed up a few months ago. HAs a very bushy tail. It was quite skinny for a while but seems a little bigger these days. Not sure really how to ‘deal’ with it as it might be a stray but then it may have a home.

Anyone know it/ own it? Any thoughts on what to do? 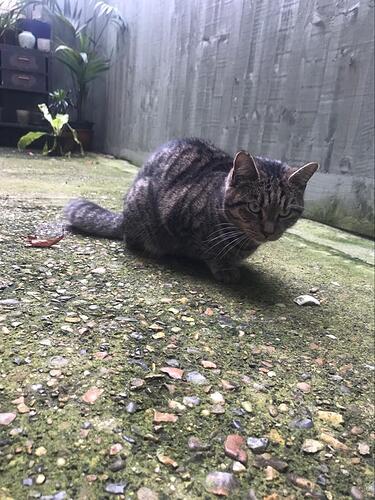 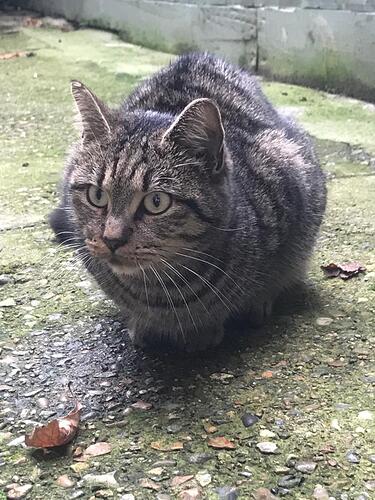 I can’t help with the cat, but we have a cat flap that only opens based on the chip in our cat, so other cats can’t get in (assuming Windows closed or small openings).

We had an issue with other cats coming for ours when we first got him, but once he established himself, they stopped and I’ve not seen another cat in our garden for over a year now (I guess if your cats are not new this won’t help, but if recently rehomed like ours was, it might).

The fact it goes for you doesn’t really seem right - I guess most of the usual deterrents you can’t use as you have your own cats - so water (maybe a higher dose) might be the way forwards, or get someone with a dog to come over for a few days which might stop it thinking about coming in the garden?

pretty sure the rogue cat has come in through the open back door/windows rather than the cat flap. Kitty is very persistent, as i opened the blinds this morning it was there again

Sort of like Hitchcock’s The Birds? But with cats …

Woops that’s annoying. Sorry I didn’t think the image would move all the time. Chris can you make it pauseable please? Or shall I remove it?

I think it works much better moving!

We had a cat that kept coming over to our back gardens. She would spend all day in my neighbours garden & was an ardent killer if she could catch anything!
We knew she lived locally as she had a tiny barrel on a collar around her neck, so my neighbour put his door no. & tel no. in it, so the owner could come & collect. They eventually moved thank goodness & she would stress the birds out.
You could try putting a paper collar around his/her neck with a message, see if you get any reply from the owner?

me when i try put the collar on… 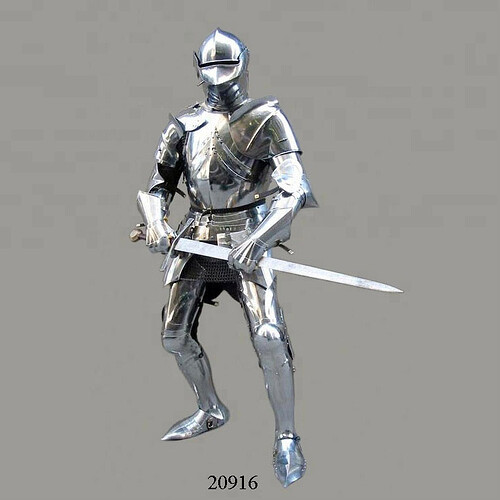 I think I recognise this cat. It’s my cat and goes by the name of Kevin. I live at number 14 Sunderland Road. I have known Kevin for about 4 years. He came to me from 12 Sunderland Road. His owner was a young woman who had two young cats. Kevin was always very vocal screaming at the window. So I let him in. He then kept coming through my first floor kitchen window. I would take him back to his owner but he kept running away and returning to me.Then about 4 years ago his owner left the area and Kevin decided to stay with me from there on wards. He always comes and goes through the Kitchen window.

Last year I put a friend up who had a dog. Kevin didn’t get on with the dog and ran away. He came back in the Spring and stayed for a few days maybe a week but felt very uncomfortable with the dog living there. Kevin ran away again and I haven’t seen him since. I feel terrible about Kevin wondering around with no home. He doesn’t deserve it. He is always welcomed here but with the dog living here I think he won’t return. So if you do see Kevin please give him some friendship because he is a loving cat. He will stand his ground with other cats but once you get to know him he is adorable. You will recognise him by his screams and friendship. Feed him, give him water and allow him to come and go out your kitchen window. I don’t know where he goes at night but I know he has other human friends. Someone has gone throw the effort of getting him done. He also had a permanent residency for a while at the upper end of Rockbourne road around the gardens by the Railway Telegraph pub. If you see him treat him with kindness and loving attention. He’s a great cat.

Hi, thanks for that. That’s interesting to hear. To be honest, i’m not sure i’m quite getting the ‘friendly’ vibes from Kevin. Very nervous/aggressive when approached (believe me I’ve tried). I would love to feed him and look after him but he’s so aggressive to my cats it’s very stressful for them, unfortunately him just being around every morning on the window sill/ by cat flap is causing a problem. He doesn’t really need encouragement in terms of coming back as he’s here every morning anyway!

BTW - there was another (very similar cat) that was hanging around Rockbourne Road, who seemingly didn’t have a home (and was discussed in another thread).

Maybe the friendly Kevin you speak of is this Lovely cat ? I used to see this cat too and it was very friendly but it is not the same as the cat that comes to my house.

I have a feeling the cat discussed here may be the same cat that I have unfortunately found laying in rest in our front garden.

Sorry for the bad news so close to Christmas, we’ve had a cat left in our front garden covered with a cardboard box. On the corner of Waldram Park and Montrose. Is anyone locally missing a tabby? We’re reported to council, but worried that they might unceremoniously dispose. Vets also unable to come and collect.

Oh no. I’ll keep an eye out for our little tabby visitor. Either way, this is still very sad. Poor kitty

This cat is still terrorising us lol. very persistent.

at a bit of a loss what do do…

Maybe Celia Hammond’s would catch it and then see if it’s microchipped. If it’s not, it’s probably a stray and/or probably not neutered. I believe they neuter strays. Feral cats are a real problem to health as well as being a nuisance. A good neutering would teach him.

i have emailed CHAT twice (no response yet) so fingers crossed. otherwise, i need to upgrade my water gun

My wonderful furbabies are from CHAT and they were wonderful in their placement with me. But I have found them difficult to contact by email or phone. They are a voluntary organisation and I think overwhelmed with the work they do. It might also be worthwhile trying other centres like Cats Protection League.

@depeche can you push him off the windowsill with a broom?

You could maybe try a bowl of Silent Roar on the outside window sill it didn’t work for me spread over the garden, but maybe in a big clump in a specific area it would.

This cat is probably marking his territory (or what he’s trying to claim is his territory) so maybe you could spray areas he’s sprayed with something a bit stronger - just for a while until he gets the idea there’s someone or something more powerful than him around. Jeyes Fluid or bleach maybe? Or (warning - grossness alert) dog urine.

@depeche can you push him off the windowsill with a broom?

They land on their feet, allegedly. But he won’t like it, the flea ridden, parasite incubating, bully.

Ha, thanks for the suggestions.

With silent roar and other deterrents, Worried about the affect on my own two cats? Has anyone used these, deterring rogue cat ‘visitors’ (without causing problems for their own kittys?)