Are these your sandals? 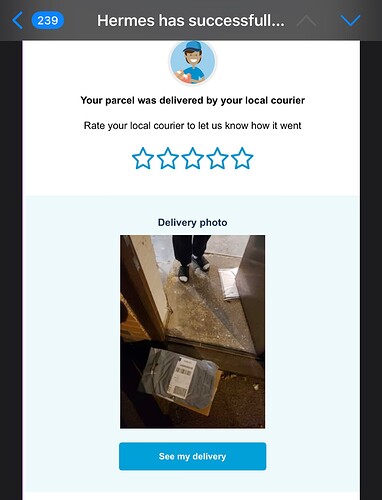 If so, you have one of my kid’s Xmas presents. Are Hermes officially the worst?

My parcel is also missing via Hermes. Yesterday I received an email saying I missed the delivery but the picture was of Holy Trinity School. I live in Kirkdale so am a bit far for that to be a mistake.

Hope you get your present back!

Are Hermes officially the worst? 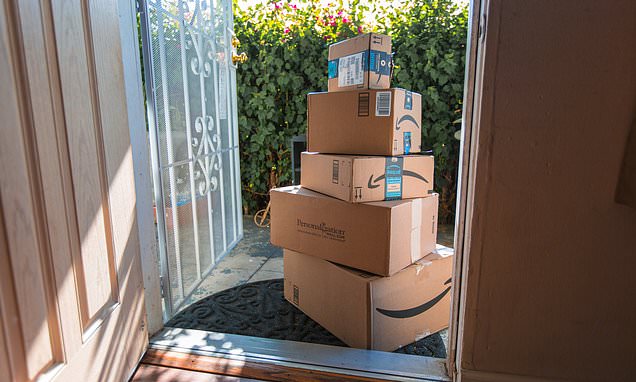 All the companies surveyed performed badly, with Hermes coming last in the rankings. While Amazon topped the table, all five major delivery firms failed to achieve more than three stars.

A few years ago after being told my parcel was delivered I couldn’t locate it anywhere, I found my Hermes parcel a week later shoved in a bush further down the road.

Hermes are the absolute worst.

For me, same happened a couple of years ago, picture of a different door was sent. Luckily it was a weekend and I went out on my road and found Hermes car parked (a private car with Hermes paper on dashboard for parking/ticketing guy). Stayed until he came back and told him… he apparently had delivered 2 items wrong …

I hope the parcel finds its way to you!

This happened with DHL last week. Luckily the front of the house had very distinctive tiles and was right across the street.

The last three goes Hermes have done right road, wrong number… the first time I caught him and pointed out mine was the one under his arm, not the one on my doormat… the next time I was left with a box of kids toy for a house 5 houses down, when I took it round, my parcel was sitting on their doormat… so it might be a house quite nearby … though you don’t have much to go on…

The weird thing is that it’s not a picture of my parcel (should be a shoebox) although that could be it underneath the bag? Perhaps if they have 2 deliveries on one road then they just drop them both off at the first address and hope the neighbours drop it over to you later. I will walk up and down looking for a brown door

It saves time to take a photo of one delivery for proof that all the parcels were delivered and take the rest of the presents home with you.

That looks like a concrete floor, not very residential, are there industrial units close to you?

I know, weird isn’t it. I walked up and down the road. Anyway, have raised it with Wiggle and Hermes, let them resolve it. It’s just frustrating. If someone got the wrong parcel they’d have dropped it off, perhaps there will be some bright yellow size 12 Asics running shoes on Facebook Marketplace soon.

Hermes have go to be worse.
My daughter sent some beauty products after selling on Vinted through Hermes. At first they said they said the package was too damaged (it was very well protected) now they are saying they have lost it.
She has got her money back as compensation & so has the woman who bought the products.
The same with a Xmas present she ordered on line from Disney. Firstly Disney said she didn’t supply the address properly, (2 weeks after she ordered it) now they are saying it is with Hermes & Disney will update her in 48 hours.
This isn’t the first incident. She has had deliveries go missing where they have just left them, or they have lied about delivery.
I always make a point of being in if having anything delivered, but of course not everyone can be in can they.
My daughter now arranges to pick up at a pick up point.

I use Milan Superstore near the coop and Shannon’s for Hermes and never had a single problem with deliveries to or from there.

If you’ve still not found them, is there a chance you can get a higher resolution image from the Hermes website to see if the address on the top package gives a hint as to where they might be?

Yes we have dropped a lot off at the Milan shop a lot of times., & that isnt the problem. Collecting doesn’t seem to be a problem, it’s actually getting the parcel to the recipient, or delivering to her (she lives in Putney in a intercommed block.

Well as if by magic they showed up on the doorstep this morning, so perhaps the person who they got delivered to, dropped them off (thank you!) - no response ever from Hermes, as far as they’re concerned it was already job done.

Anyway, all good now, thanks for all the tips.

We have ordered stuff through Amazon which got delivered through Hermes. We had to return a drill which we ordered and didn’t work and dropped it off at the superstore near the coop. The drill and everything was in tact and back in its box. Later I received an email from Amazon saying that they won’t refund us as we returned an empty box. So the broken drill got stolen either at the shop we left it at or by the Hermes driver. After disputing this with Amazon we got our money back, but it wasn’t a very pleasant experience

DPD are usually the best but after watching one of their vans accelerate at high speed down my street and get airborne over a speed bump and then nearly lose control, I’m less of a fan. Any industry that incentivises reckless driving in the pursuit of efficiency and speed should be regulated.