I have contacted Aldi to ask them for comment

It does seem very strange to me too. The cost of generators would be huge.

From what I’ve read on Facebook apparently there are power supply/capacity issues to the park. Shortly before Aldi was due to open, they turned on their fridges etc and it blew out the electricity supply to the whole Bell Green site.

Oddly a week or so ago I went to Sainsbuy’s and they were shut due to a power cut. They evacuated the store and shut it down for several hours so there does appear to be power related issues in Bell Green:

ETA… Just had a quick drive-by round the back as I was passing and there is something under sound proof cladding which was probably what OP was referring to. Didn’t seem overly loud to me but it may not have been in full operation. I wonder if they are running in standby mode ready to kick in on power out…

Posts on another forum suggest there has been a long term power supply issue to shops in Bell Green. If Aldi are willing to talk directly to someone about it, would it not be a good idea to connect Aldi to the local person who first expressed the concern?

would it not be a good idea to connect Aldi to the local person who first expressed the concern?

Apparently this local person has already made contact with Aldi but is struggling to get a satisfactory response from them.

Hopefully tweets from the Dot Life accounts with their thousands of followers will put a little more pressure on for Aldi to respond. We have a strong community voice through these forums and their social media channels.

Perhaps they could do with some more solar panels like on the Sainsbury’s: 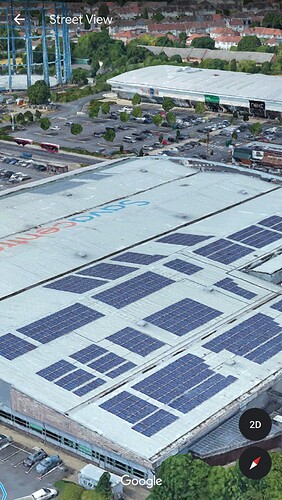 I guess it’s also conceivable that generators may have been put there by either the power company or freeholder/estate owner to meet power supply obligations to Aldi.

I guess it’s also conceivable that generators may have been put there by either the power company or freeholder/estate owner to meet power supply obligations to Aldi.

Yes, there’s probably a reasonable explanation for this, which is why it’s odd that Aldi are being so cagey about responding (insisting on doing it over the phone with me, which I refused).

Amazing pic of the solar panels BTW. Must be a 200kW+ array there? (although I’m not sure this alone would be enough to power the supermarket)

I’m also assuming these really are power generators, and not something similar e.g. refrigerated containers to provide extra cold storage (Waitrose Beckenham had one in their carpark around Christmas, and it had a compressor humming away…). I’ve not been round to look at them yet, but from what @Foresthillnick says there might not be too much to see.

If it is for power, I guess Travis Perkins opening up on the gas holder site will only add to the problems.

Must be a 200kW+ array there? (although I’m not sure this alone would be enough to power the supermarket)

No, but every little helps!

They are probably aggrecko super silent genies. Probably brought in to cover the freezer power draw if the sub station can’t handle it.

Dear @AldiUK. I will not be shopping in your #sydenham store until you stop ignoring my questions about the huge polluting generators you're attempting to hide behind wood boards at the front of your store, in an area with air pollution affecting a primary school. https://t.co/ktNqpxq74h

Defo looks like they are playing ‘hide the generator’. I wonder if this is to alleviate just the noise to the residents at the back…?

Also there is a statement from Aldi in a related Tweet: 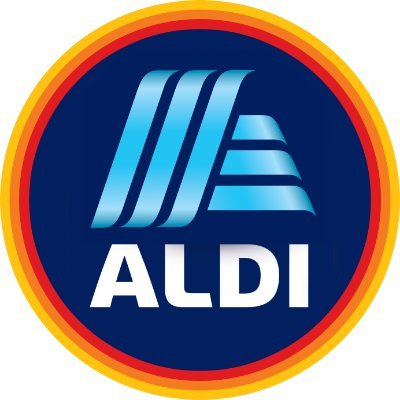 @SGasworks I can confirm that the store runs off main electricity, and therefore does not have a diesel generator. If you do have any further queries, please let me know. Many thanks - Jack

If the store runs off main electricity, what are the generators for? Perhaps they are backups due to unreliable mains supply and a large amount of refrigerated goods that could potentially perish in a power cut, but why run them all the time… it really doesn’t add up.

I’m not going to pretend to understand the techie stuff, but Aldi had a planning application approved for the construction of a sub station.

In addition to the sub station at the side of Aldi, the plans show a building towards the back of the store called “Arctic Circle Plant”. Presumably a freezer?

Sorry that I can’t work out how to post the plan but it can be viewed via the link.

The store opened on October 3rd, after some delays.

The planning application you found for the new sub-station was made on the 28th of August 2019 (granted on 23rd October 2019).

So basically this must just have been an oversight in the original plans resulting in the sub-station application almost exactly a year after the original store plans were submitted.

Unfortunately, to me, it looks like Aldi made a mistake, but rather than admitting that and delaying opening at their expense, they instead choose to put a temporary measure in place at the expense of the environment and local clean air - because that costs nothing to them.

There really should be legislation to prevent this sort of thing as many businesses, as shown by this case, really don’t automatically value the environment where income is at stake.

As for the future, I expect the generators will stay until the sub-station is built and commissioned with Aldi stalling until then.

I can confirm that the store runs off main electricity, and therefore does not have a diesel generator.

Photo taken of generator outside Aldi:

If the generator is provided by national grid to supplement power as required in order to maintain the mains voltage at site then I don’t see anything incorrect or wrong. The fact is that we do now know the facts, but people are jumping to conclusions to find fault.

No business that is connected to the grid would pay for generators unless they had to. The party in the wrong is National Grid not Aldi.

Sorry but I disagree.

Aldi are creating the demand for the electricity (via their store and customers), and presumably paying for power generation and supply. They are therefore responsible, perhaps indirectly, for how that power is generated and supplied - by whatever means.

Aldi know this because they are keen to describe their Corporate Responsibilities and approach - see https://www.aldi.co.uk/about-aldi/corporate-responsibility/environment/energy-and-transport-efficiency:

100% of the electricity we have used since the beginning of 2017 has been from green, renewable energy sources such as solar and wind power.

Unfortunately their keeness to open a new store seems to have trumped their own ‘corporate values’ and environmental responsibilities in this case, and the statement on their website seems hard to trust or believe.

I really don’t comprehend your disgust. Do you believe that all the electricity used by the store is being supplied by the diesel generators?

The negative comment may help focus the minds of Aldi on this issue and ensure it is as temporary as possible.