Best place for info on if trains are running?

Where is the best place tomorrow morning to find out if/when trains are running please? Can anyone advise? Tfl? Or London Overground? Twitter? Facebook? Or on here?

I always used Twitter. I have a list of useful transport links so I go straight to it. Overground have their own feed, and I also follow TfL Travel Alerts, TfL Buses and Southern. The individual tube lines have their own feeds too.

I use the National Rail app. It always provides live train information and is generally up to date.

Twitter is great if you are following the right accounts, national rail app is what a lot of station staff refer to themselves, so also very good.
@southernrailuk
@ldnoverground
@BBCTravelAlert

On iPhone there are notification widgets for Apple Maps and Google Maps that show alerts on lines you’re interested in, and the train and bus schedules of the stop/station nearest you: 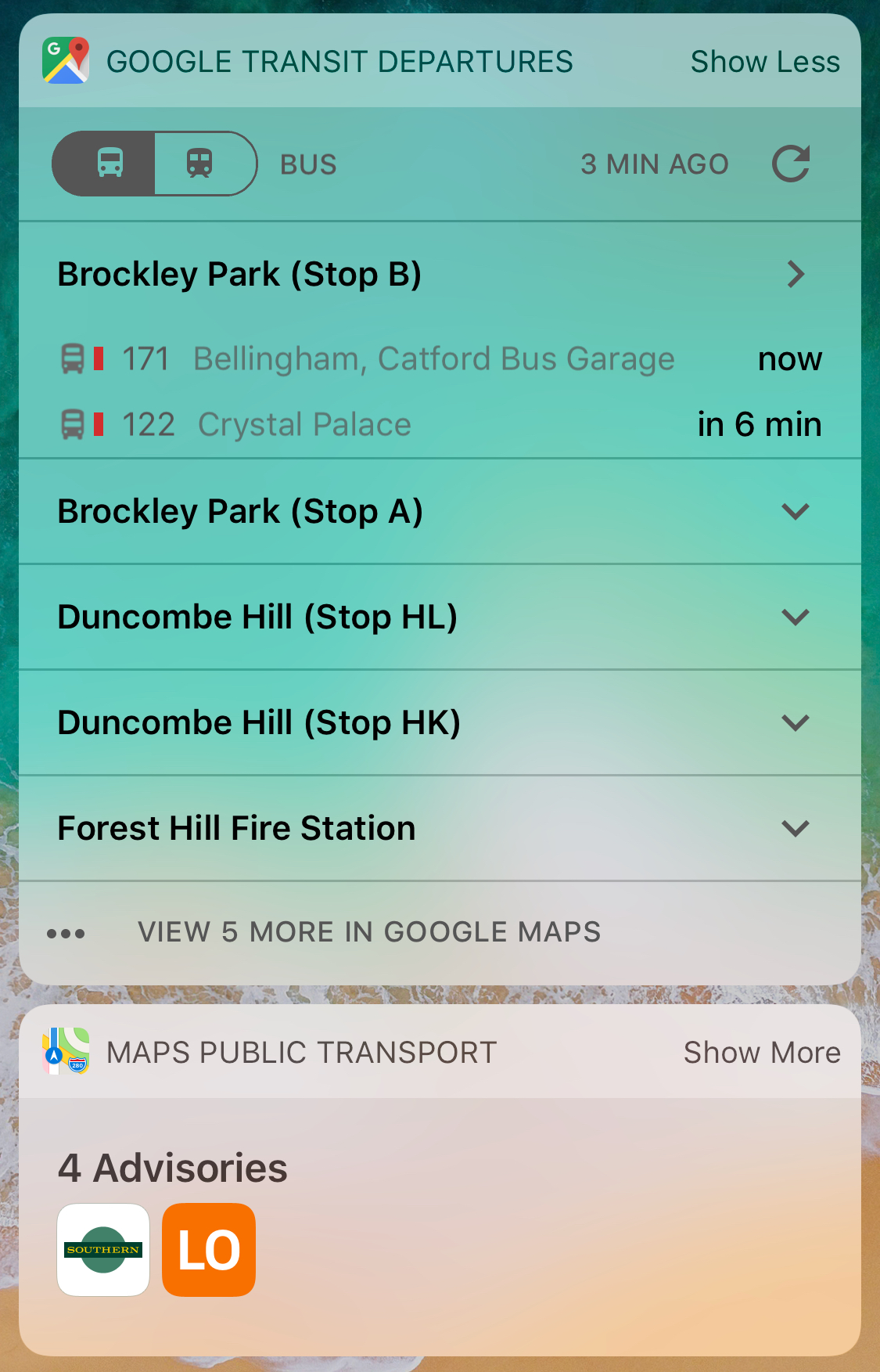 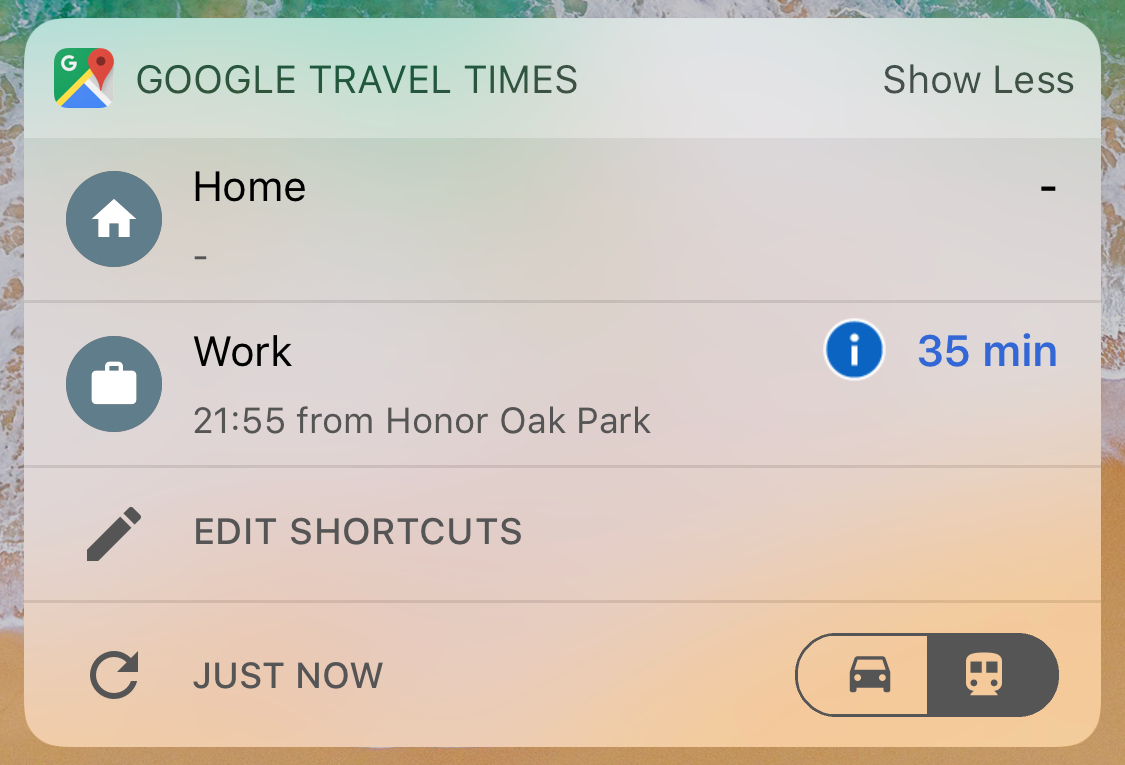 Southern Rail App is pretty good - much more reliable than the trains.
And it does tell you about non-Southern Rail routes (i.e. overground) - presumably because it uses the same data as the National Rail app.

Similar on Google Assistant too. 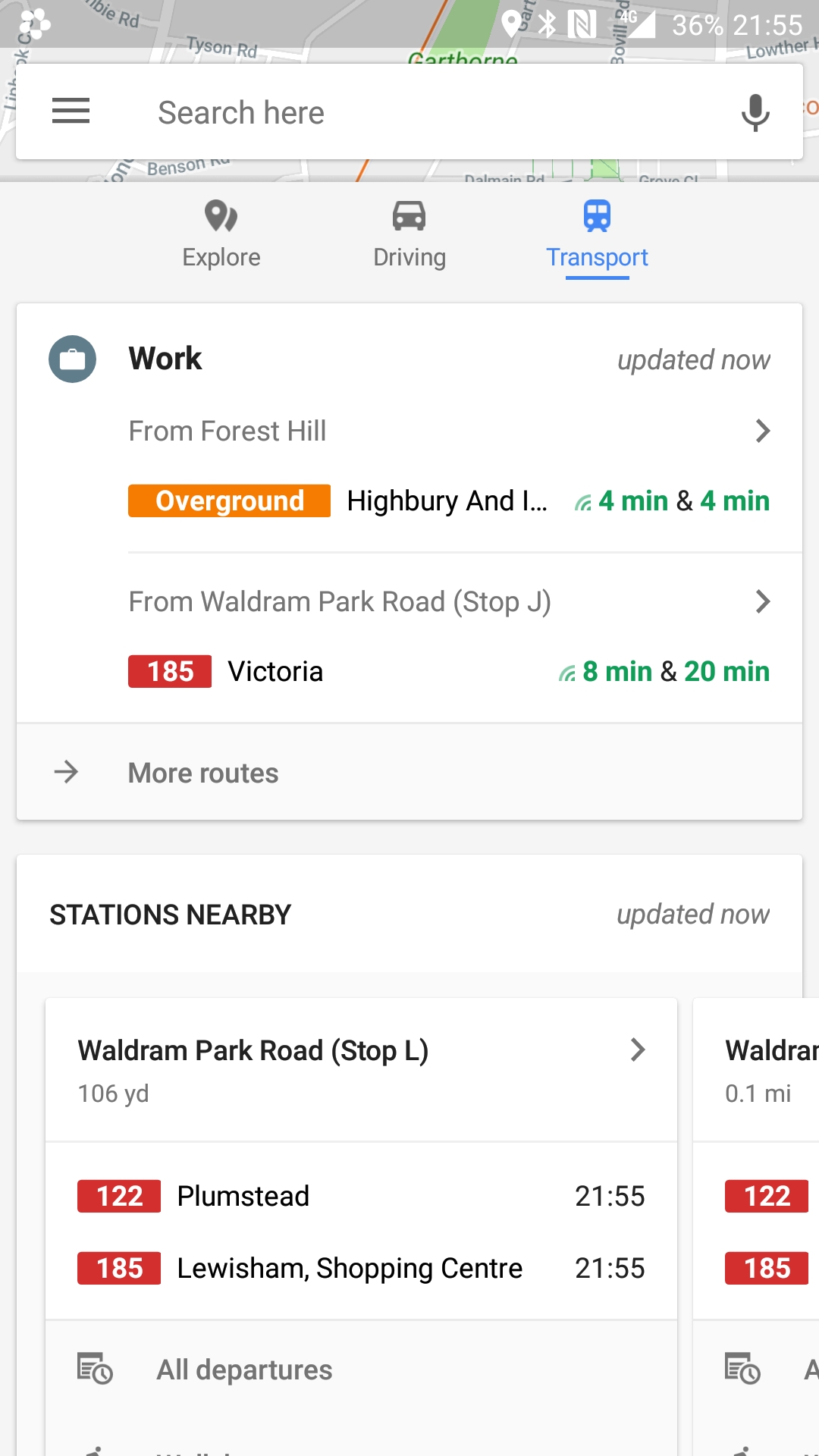 3 posts were split to a new topic: Rail status updates