I have noticed that a number of residents on Ebsworth Street do not remove ther bins after the rubbish / recycling has been collected. Initially I thought it was due to people being away on holiday but, following careful observation, I know this is not the case.
Please put your bins away and help our street look tidy. Thanks 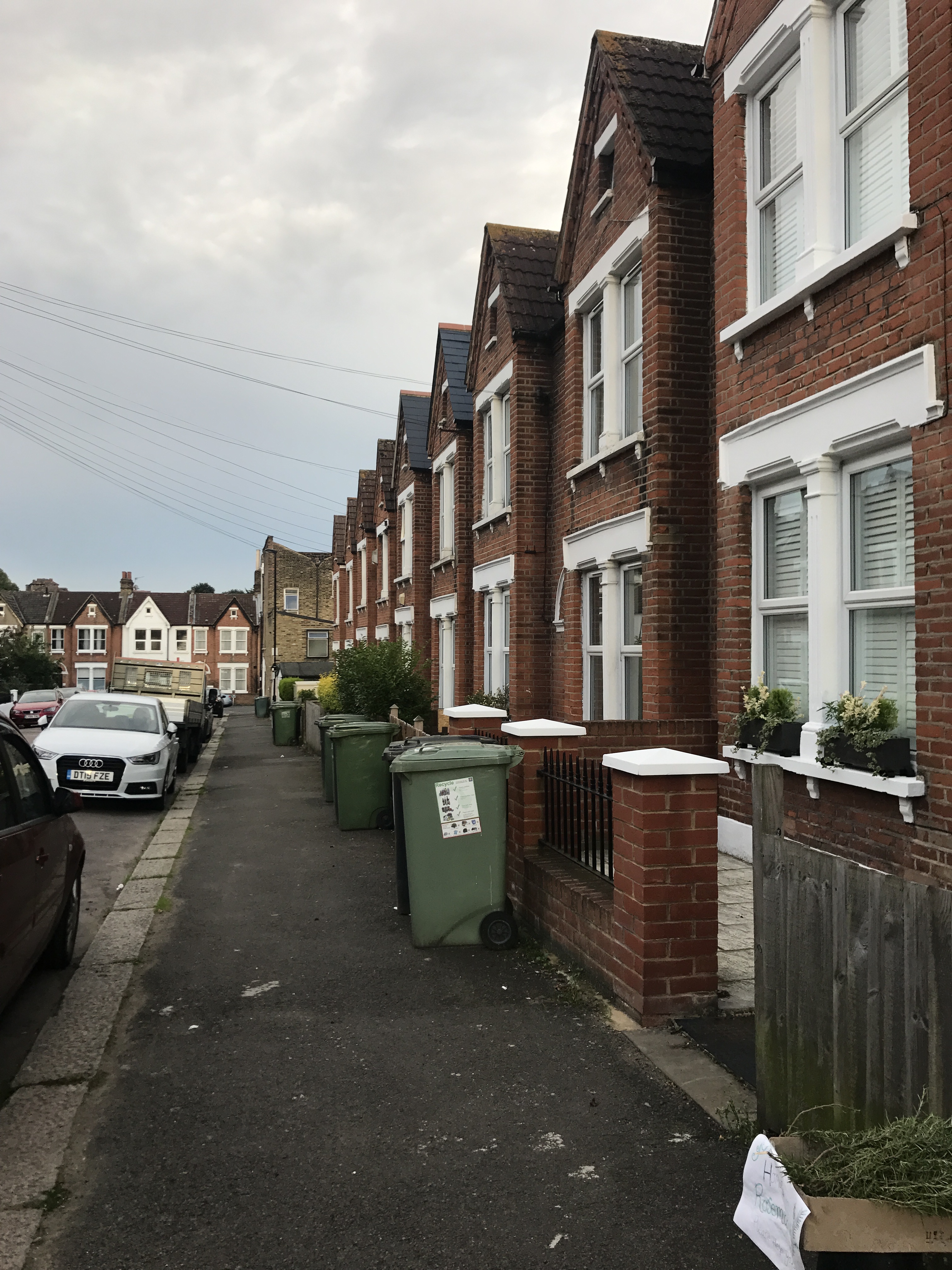 Just report them to the council. I hazard a guess these are the types of people who won’t listen to a forum post or even know this forum exists.

I think it’s actually illegal to leave them out on the street. I agree, get in touch with the council, see what they say.

Just got back from hols and there are now two fewer bins on Ebsworth St.

Apologies for the clutter, admittedly just laziness on my part. Will make sure the bins are stowed away in future.

@Hollow @GillB I am sorry to hear that the council had to get involved in this. I pointed it out on the forum only in order to make our street better, not to cause any negative feelings among neighbours.
Don’t you think reporting this to the council is a bit over the top?

The council wasn’t involved? I didn’t report anything.

@Hollow @GillB I am sorry to hear that the council had to get involved in this. I pointed it out on the forum only in order to make our street better, not to cause any negative feelings among neighbours.

Don’t you think reporting this to the council is a bit over the top?

I think there might be some crossed wires here.

While this forum is growing in popularity every day, its members still only represent a small fraction of the people who live in SE23. So the chances of any of your offending neighbours reading this post are really quite small. It’s just a lucky coincidence that @anon5422159 (who owns this forum) lives on your street AND happened to be away and had left his bins out when you posted this!

Contacting the council is the only guaranteed way of getting some action. While it might seem heavy handed, I think the chances are they would send out a standard reminder letter to people about bringing back in the bins rather than anything more draconian. If the bins are blocking access for the disabled or children in pushchairs, it’s really important that something is done.

As far as I can tell, no one has actually contacted the council about this yet, just suggested that doing so might get a better result than just posting here.

I do feel a bit of empathy towards those who put their bins on the street, particularly where there isn’t a lot of room on the property AND considering there seems to be more and more bins per household every few years.

I had a similar issue in my last house. There was a small amount of space between the pavement and my house I and my upstairs neighbours were expected to keep our bins. Which meant I had bins right next to windows which during the warm weather was not an ideal location especially if anything got smelly or attracted flies.

There’s a little more room in this picture but not much.

I agree with both the above comments. I’m not that familiar with Ebsworth Street to be fair, but was just agreeing with @Hollow if you were really unhappy about the situation. I wasn’t commenting to cause ill feeling, but some people can be a bit lapsidasical cant they

Another solution would be to type up a polite notice anonymously to put through your neighbours doors (Chris excluded of course!) to just say about keeping the street tidy.

While I am really quite angry to see a photo of my house put on a forum like this I would like to put my defence across.

Every time we put our bins out and bring them in again we have to avoid the mounds of cat sht all over our front garden from other people’s cats. Therefore while we do put them away most of the time, sometimes we don’t bother as we can’t be bothered to clean our shoes yet again.
This week my wife found a huge dog sht where our bin is supposed to be put out and so had to pick that up first before doing the bins.

I understand you don’t like the bins being left out, but we don’t like cat and dog sh*t everywhere. Sometimes neighbours do things that irritate and you just have to put up with it. Perhaps a better way of dealing with this would be a friendly knock on your neighbours doors rather than a public post naming and shaming people who may not even know they are offending anyone or who may have perfectly valid reasons for not tidying away their bins.

In future we will do our best to put our bins away, perhaps you could write a new post telling off SE23 residents for littering the streets and front gardens with animal crap!

I’d be very surprised if this is from cats - there’s only one regular cat out on Ebsworth St (Gulliver) and he spends most of his time on the other side of the road, and probably buries his “products” in soft ground, as most cats do.

Your issue is far more likely to be foxes - they crapped all over our front garden, and their products are pretty distinctive. Also scratched my car horribly. Would love to rid our street of these unwanted pests. Ideas on a postcard!

If anyone sees a dog walker not picking up after their pet, I think that would warrant a public shaming.

We have caught one of two cats in the act and I can tell the different between dog, cat and Fox poo. I have seen a big ginger cat covering over his/her deed and a black cat sniffing around looking for a clean patch to do his/her deed on.
The foxes are too busy dining out at number 8!

Regardless, now that we know that leaving bins outside may be illegal and irritates others, our bins will be put back on our side and I hope we won’t have to deal with dog mess outside our house the next time we have to put the bins out again.

You could try sprinkling crushed chillis on your front garden - it will bother any creature with a sensitive nose. Please do NOT put it on the street though - many law abiding dogs will walk down it. Sainsbury’s sell cheap bags in the ‘world foods’ section.

What a great road that must be to live on.

On a different note, does Ebsworth Street have the highest concentration of SE23.life members cause I’m counting four so far?

Perhaps it does!
There are some lovely aspects of Ebsworth st, the north side of the street has some lovely front gardens and we have very kind neighbours offering fresh herbs, seedlings etc
Just a shame about the foxes, bad parking and obviously…the Bins!

@Starman - stop stirring please. There is one topic about foxes and one about an attempted theft, which was thwarted by an Ebsworth resident. One topic where Ebsworth residents advised about cleaning tiles. The other four topics are Ebsworth St residents generously giving away items for free.

The other four topics are Ebsworth St residents generously giving away items for free.

It’s all a bit more complicated on other local forums where there are posts about Ebsworth St residents generously giving free dinners to the foxes.

I just hope the foxes don’t figure out a way to open the food waste collection buckets that the council have provided to all residents.

I just hope the foxes don’t figure out a way to open the food waste collection buckets that the council have provided to all residents.

Imagine that! Hope they stand up to the test of time well and don’t end up with loose lids etc.