7 We are conducting a review of Lewisham Council (‘the Council’) as its last review was completed in 1999 and we are required to review the electoral arrangements of every council in England ‘from time to time’. In addition, the value of each vote in borough elections varies depending on where you live in Lewisham. Some councillors currently represent many more or fewer voters than others. This is ‘electoral inequality’. Our aim is to create ‘electoral equality’, where votes are as equal as possible, ideally within 10% of being exactly equal.

8 This electoral review is being carried out to ensure that:

• The wards in Lewisham are in the best possible places to help the Council carry out its responsibilities effectively.
• The number of voters represented by each councillor is approximately the same across the borough.

Our proposals for Lewisham

9 Lewisham should be represented by 54 councillors, the same number as there are now.

10 Lewisham should have 19 wards, one more than there are now.

11 The boundaries of four wards (Crofton Park, Forest Hill, Lee Green and
Telegraph Hill) will stay the same: all the others will change.

Of interest to HOPpers, Lewisham are inviting comments about the names of the Forest Hill and Crofton Park wards and whether they should include reference to Honor Oak:

“97 … In addition to comments on the boundaries of our draft recommendations, we welcome views on the name of our Crofton Park ward, for example whether to include Honor Oak in the name of the ward to reflect its constituent communities.”

“103 We note that the northern part of Forest Hill ward is adjacent to Honor Oak Park station. We invite comments on whether our Forest Hill ward includes a part of Honor Oak within its boundaries which should therefore be reflected in the name of the ward.”

Submissions can be made by emailing reviews@lgbce.org.uk

London News Online is reporting that the final recommendations for ward boundaries in Lewisham were published on 30/6/2020. There are slight changes to the boundaries of all but two wards: 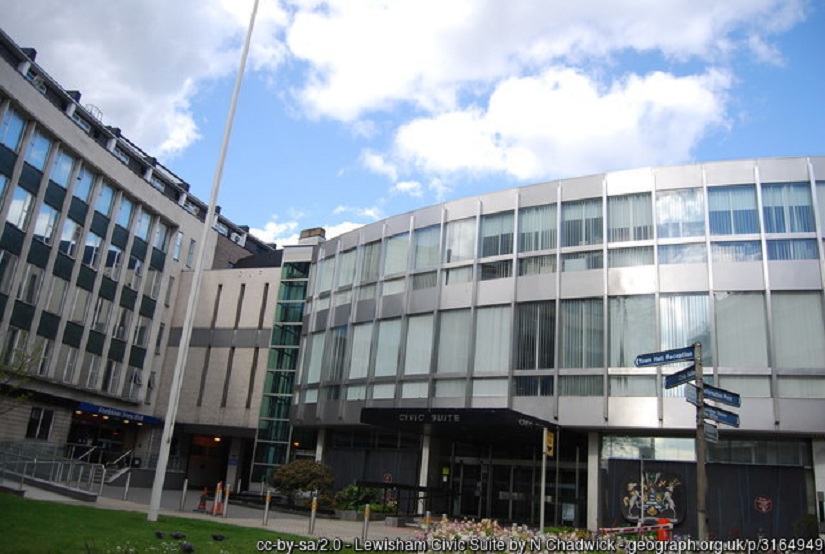 Lewisham ward boundaries to be redrawn

The boundaries of all but two wards in Lewisham are set to be redrawn after a review by the Local Government Boundary Commission. It says residents should be represented by 54 councillors – t…

The boundaries of all but two wards in Lewisham are set to be redrawn after a review by the Local Government Boundary Commission.

All wards will change, apart from Forest Hill and Telegraph Hill.
…
Changes in response to what local people said include:

The proposed New Cross ward will now be called ‘Deptford’.

Tanners Hill Estate will now be united in a single ward.

The new arrangements will then apply for the 2022 council elections if they are approved by Parliament.

The final recommendation, as well as the proposals, can be viewed on an interactive map here: https://consultation.lgbce.org.uk/node/17020 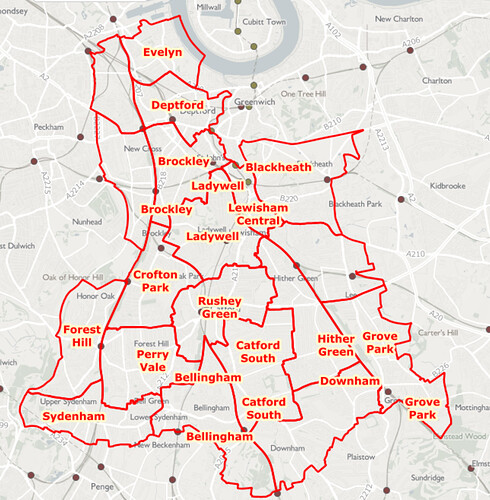