As part of the plans by the Boundary Commission for England, they propose for Forest Hill to be part of a new constituency that would include Lewisham West with parts of New Cross and Peckham, but would lose the Penge and Anerley part to a new Beckenham seat.

The constituency would be called ‘Peckham and Lewisham West’ if approved.

This is all part of the scheme to reduce London seats from 73 to 68.

SE23 residents on the Southwark side of the border would all become part of the Dulwich & West Norwood constituency which is currently split between Dulwich/West Norwood and Camberwell & Peckham.

Someone from the Boundary Commission for England is on BBC now saying that the public is invited to comment and to say whether the boundaries reflect their community and identity.

Doubt it will make much difference to the outcome for our area (see political compass thread!) - unfortunately…

I’ve moved this topic to Politicos and ensured everyone commenting here is made a member so they’re able to continue commenting on this topic. @AndyS and @rbmartin - let me know if you’d prefer to leave politicos for any reason in the future.

Doubt it will make much difference to the outcome for our area (see political compass thread!) - unfortunately…

From my experience the parties of the right, particularly the Conservatives don’t bother to field particularly good candidates. I’ve been completely underwhelmed by them at any hustings I’ve attended. Hard to take any party seriously which in turn doesn’t do the same.

But yes. I doubt it would make much of a difference even if you had Adam Rickett** flashing his six pack while singing I Breath Again outside Sugar Mountain.

It’ll make no difference to Labour winning the seat as part of the new area replaces Harriet Harman’s.

If only we had some form of proportional representation, then these boundaries would be more than divisions between safe seats where the outcome is a foregone conclusion.
It doesn’t really matter if we lose Penge and gain Peckham. It will be nice to have both sides of Standstead Road in the same constituency, but it is fairly meaningless.

SE23 residents on the Southwark side of the border would all become part of the Dulwich & West Norwood constituency which is currently split between Dulwich/West Norwood and Camberwell & Peckham.

Even better, I think this is the first administrative/political area, in anyone’s living memory, that encompasses all of Honor Oak. The MP will have to deal with two different councils which will be challenging. No bad thing IMO.

13 posts were split to a new topic: Should the boundary review topic be in Politicos or the wider forum?

For me the real problem is the reduction of MP’s. It’s supposed to be about standardising constituency population sizes, but in areas like ours, where the birth rate has gone up after a period of decline, we run the risk of being under represented in the future, surely?

The 2012 boundary commission proposal was for Forest Hill to be part of a Dulwich and Sydenham seat, which would have seen both sides of the Southwark/Lewisham border represented by one MP.

This would have been really handy for those who use Forest Hill station, but have a local MP who’s constituency covers North Dulwich, Herne Hill, Gipsy Hill, West Norwood and Tulse Hill, which are going to be a higher priority than constituents like me on the Southwark side who use FH and HOP which are in the current Lewisham West and Penge seat. 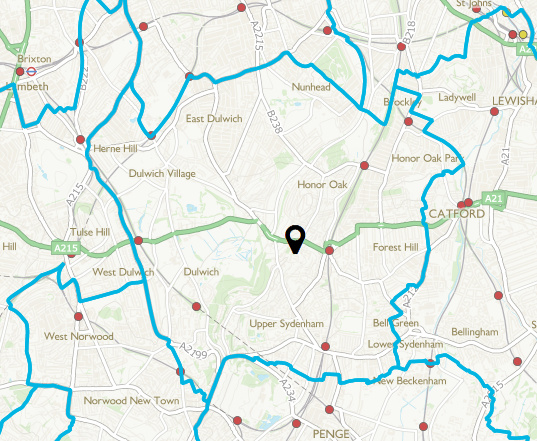 Is this good or bad?

I see that Forest Hill will be firmly at the Centre of the new constituency. In London, I often think communities at the edge of constituencies or on the border (like ED will be) receive less focus.

It would seem to indicate a greater chance of anyone but Labour?

Unfortunately having the Dulwich demographic onboard won’t deliver a more politically-balanced result:

Dulwich and West Norwood /ˈdʌlɪtʃ ... ˈnɔːrwʊd/ is a constituency in South London created in 1997. It has been represented by Helen Hayes of Labour since her election in 2015. In the 2016 EU referendum, Dulwich and West Norwood voted to remain in the European Union by an estimated 78%. This was the third highest result in the UK, behind Gibraltar and the neighbouring constituency of Vauxhall. 1997–2010: The London Borough of Southwark wards of Alleyn, Bellenden, College, Lyndhurst, Ruskin, and... 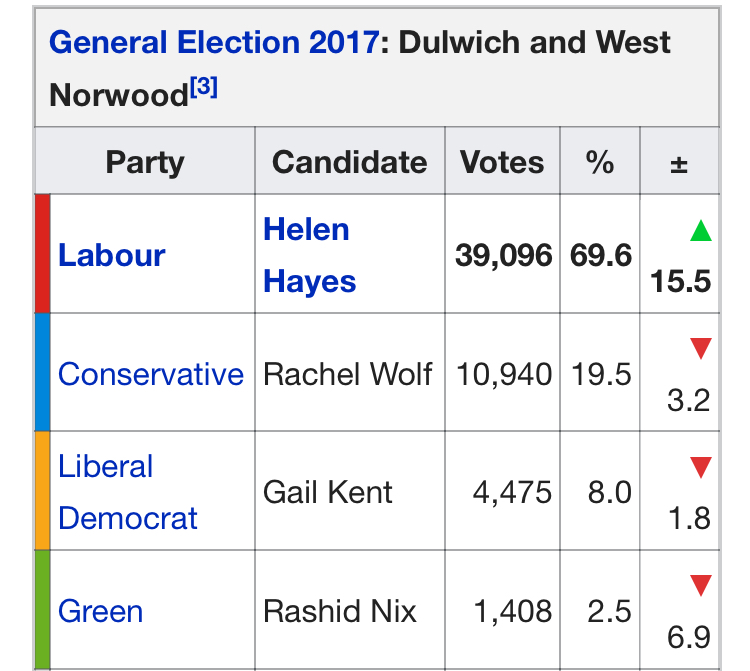 Like the rest of London, there’s an extraordinary overall proportion of people living in taxpayer-funded/subsidised accommodation in the existing Dulwich constituency.

a third of the population lives in social housing

I’d suggest rebranding us as South Dulwich… but I like the name Forest Hill. The Forest Hill in Toronto is the equivalent of Hampstead here.

Good to see the Boundary Commission once again propose the Dulwich & Sydenham option which is a better option that the Lewisham West and Peckham option last considered.

However like most inner London seats, it’ll continue to be a safe Labour seat, although there is a pocket of Conservative support in Village Ward, Dulwich. Wards in SE22 are largely Labour with some Lib Dem support.

Worth noting that Lower Sydenham (Bell Green) won’t be part of this ward and will be part of the new Lewisham and Catford seat with the boundary at Perry Rise. 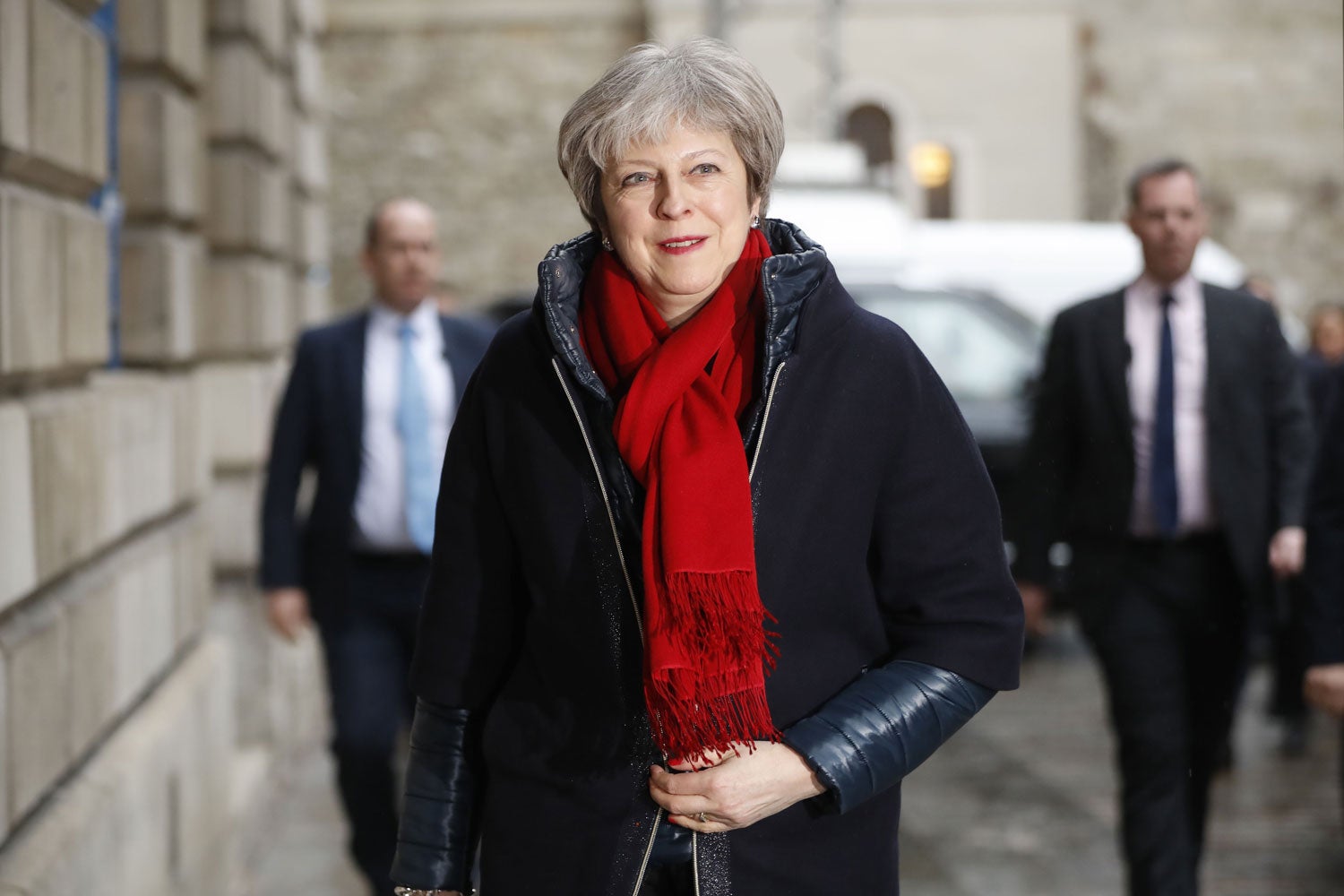 Theresa May could revive major boundary review to boost majority in 2022...

Theresa May’s allies are increasingly confident she can bring “back from the dead” a major review of parliamentary seats that would boost the Tories’ chances of winning the 2022 election. The upheaval would see Jeremy Corbyn’s seat axed and the...

I take it that it’d be the Dulwich & Sydenham proposal?