Broken things that could be fixed - ideas?

I’ve got a few broken electrical items that are beyond my ability to fix but which I suspect someone who likes fettling with soldering irons etc would probably repair. They’re otherwise in good condition so it feels like a waste to take to the tip but equally, they’re currently worthless so would feel a bit cheeky asking for any cash.

Does anyone know of any group which likes taking broken things to bits and fixing them? Or do I just take them to a tip and see what can be recycled?

There are local repair groups, a quick Google should find them. However, the espresso machine, have you ever describe it as that is usually a reason they stop working. The hi-fi, it will have an internal fuse, if you are handy with a screw driver take off the cover (making sure it is unplugged of course) and near to the power inlet is usually a glass fuse.

You could try and contact these people and see if they will host another local event: 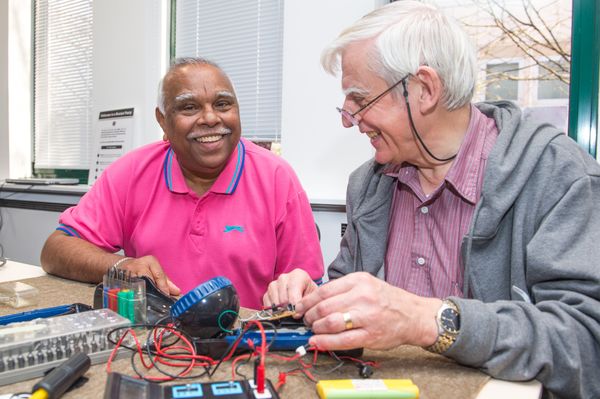 Tue, Feb 28, 2017, 6:30 PM: We've been invited to Honor Oak Pub, which is reopening soon and would like to add Restart Parties as a regular fixture. This is the first time we've been contacted by a pu

Re the coffee machine you could also try someone like this:
http://www.coffeemachineservicesltd.co.uk/service.html

As @Londondrz says, the HiFi issue is nearly always an internal fuse that has blown.

Thanks guys. Will look into those.

Just realised that I probably wasn’t clear in the first post. I generally have either upgraded or replaced the items so not looking for a cheap repair to get them back or necessarily learning to fix them. I don’t have space for more projects in the flat.

It was more looking for a group/person who might enjoy fixing it and then get pleasure from using it.

Hi, I’d happily have a go at getting the imac up and running if you have no where else to get rid of it?

I have listed those sort of things on Freecycle. Like you I have no space to sort out but in case of TV which wasn’t working properly a charity picked it up and hopefully got it working again in order to raise some cash.

You’re welcome to it, hillwalker. It’s an older model (10yrs) but was working until a few months ago when its hard drive gave up the ghost. There’s a good take it apart guide at ifixit that I used to get the old hard drive out to mount in an enclosure to recover the data - so you’ll need a new HD to get the most of it. I think I have the original boot disks for you to load an OS onto. Drop me a PM and we can arrange you picking it up.

SGC - that’s a good call and I might give it a go. Thanks everyone!

Hi. Thank you, I’ll enjoy playing around with it! Could one of the @moderators enable private messaging for me? Thanks again

Could one of the @moderators enable private messaging for me?