Bus Lanes in London are going 24/7 from 13th September

FYI follow up from the Congestion charge at weekends just to make sure everyone’s aware.

By hampering cars, they certainly will avoid a car-led recovery …

And we can be sure these bus lanes will remain open to diesel-chugging Black Cabs trolling around empty, yet closed to the efficiently-allocated Uber hybrid vehicles.

TfL needs a change of leadership.

Even though I’m pro cycling I’m still a car enthusiast. I would just love it if more people would cycle when they have the option. Even a small switch would make a difference. And we don’t subsidise electric propulsion enough either. Even legal escooters are better than diesels

Even legal escooters are better than diesels 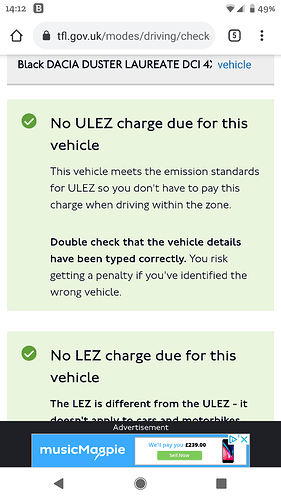 Sure it’s legal, it’s just not the same as a bicycle or anything electric: car, taxi or bike/scooter. That’s kind of my point about subsidising electric things.

Well no, they have big red busses in the way

Sure it’s legal, it’s just not the same as a bicycle or anything electric: car, taxi or bike/scooter. That’s kind of my point about subsidising electric things

My point is, the electrickery has to come from somewhere and we can’t always guarantee its green.

Traffic has been dreadfully bad the last few weeks, but I’m pretty sure the increase in driving and private transport is in response to the fact that a significant number of people haven’t got a care in the world when it comes to wearing masks on public transport.

Actually enforcing mask wearing on public transport is going to cost a cash-strapped TfL money, whereas bus lane restriction is free. If you’re cynical, you could consider it a revenue generator as well…

I don’t know why they haven’t always been 24/7. Sunday’s are nightmare with everyone parking in the bus lanes on Red routes.

Conditions have definitely been worse but I’d love to know if this is down to more vehicles being on the road or how they’re being managed.

Without wanting to go all tin-foil hat, getting through Catford suddenly seems to be taking a lot longer than it used to. Traffic patterns seem a lot less predictable as well.

I’m trying to be philosophical and accept that if I need to use the car I might get somewhere in a more comfortable and COVID-secure environment than a bus or a train, but it is likely to take a lot longer. Cars are rarely the fastest way to travel any significant distance in London during the daytime, though, right?

Possibly a bit of both. I am comfortable riding my bike to most places I need to go in London but am seriously considering a car (likely rental) for longer journeys I might previously have done by train. And as someone who has had a licence but rarely driven for 25 years, that’s saying something.

London traffic has never been quick though. On my cycle commute (pre-COVID), I often used to see a Russell & Bromley van in Dulwich. I’d then see it occasionally en route at Brixton or Stockwell and we’d often cross Vauxhall Bridge together. So a 6 mile journey took the same time.

However, on a route without stop/start traffic (i.e. not London), I’d probably have taken a similar time but the van would have been three or four times quicker.

“…Without wanting to go all tin-foil hat, getting through Catford suddenly seems to be taking a lot longer than it used to. Traffic patterns seem a lot less predictable as well…”

I think this is (partly) down to some of the recent road closures in the area. Previously open short cuts/ rat-runs are no longer open, and until people find new get-arounds, traffic is being forced back on to the main roads. So the S Circular (a nightmare at the best of times) is even worse as traffic levels increase.

I also think that matters in Catford are likely to get worse as more such road closure schemes are rolled out. For example the upcoming ban on right turns out of Ladywell Road onto Lewisham High Street means that traffic from the Crofton Park/Brockley/Honor Oak area wanting to get to places like Lewisham Hospital will have to route either via Lewisham centre or the S Circular through Catford…

traffic is being forced back on to the main roads

As you said, to prevent people using rat runs. More traffic gives people a nudge to walk or cycle. It’s 2.5 miles to Lewisham Hospital, and less if you live in HOP or the East side of SE23. You can cycle there in 10 mins or walk it in 45. It’s 20 mins by car and then you still have to park. Not everyone has to go everywhere by car. I’m going to keep saying this.

Does that describe the average Lewisham Hospital patient?

… and you are perfectly right to say so.

However, there are people for whom cycling or walking is not an option (in my wildest dreams I can’t imagine my disabled wife jumping on a bike to cycle to her regular hospital appointment) - and in theses cases they are reliant on either private car or taxi.

The closure of roads - which in itself is no bad thing - means that their trips are inevitably going to add to traffic volumes on the main arteries.

Not everyone has to go everywhere by car.

That is literally why I said ‘not everyone’. Lewisham Hospital is just an example destination. Probably more than half the people there are staff or visitors. I hope you don’t expect me to think everyone is capable of cycling.

Under normal circumstances (ie not Covid), the council is forced to write up detailed equality reviews for all its policies to ensure they do not disproportionately affect the elderly, disabled etc.

Because that’s ethically the right thing to do.

They’d never be able to get these road closures past a real equality review.

I agree with @clausy if it’s an emergency you’re not going to be driving to the hospital anyway. If it’s not an emergency and a regular checkup public transport or taxis can easily supplement the need to own a vehicle and save you money in the long run.

A lot of these consultations can be done remotely now, the nhs just didn’t have the drive or the funding previously.