All it took was an abandoned plot – and plenty of imagination.

I like that they’ve kept the stairs and the Victorian features. I especially like the stained glass on the front door, which looks modern. I wonder where she got it done? Hate the room colours, but that’s just personal taste - though it might take a lot of coats to overpaint the black ceilings! But it sounds like they’re staying put tnough, which is nice. I do wonder what the extensions look like though. Lots of lovely Victorian houses near me have had the most ugly boxes stuck on them.

Is it on the outskirts of forest hill (Catford) or within SE23?

If it’s where I think then it’s Elsinore Road. IF it’s the house I think it is. But I don’t live that side of FH.

I think you are correct @marymck 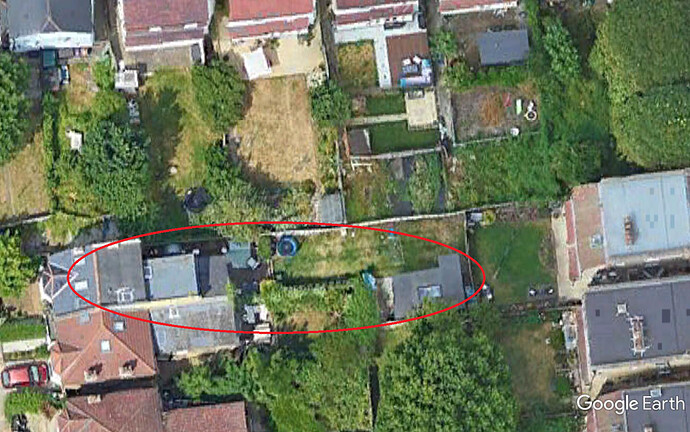 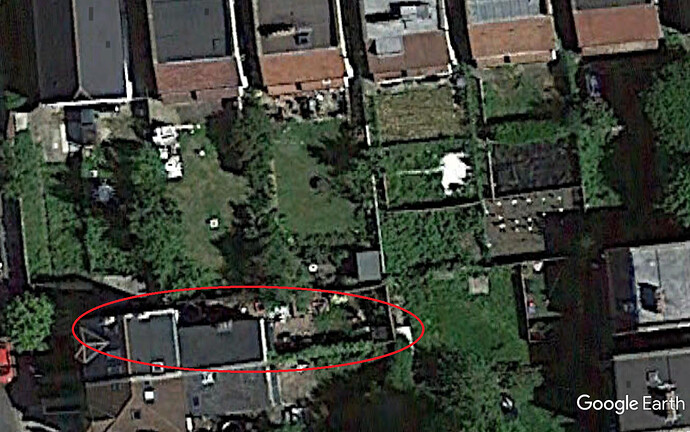 So they bought the house in 2007, spent 120K on the rear dormer and outbuilding, an undisclosed amount on land. I estimate their house would probably have increased in value by about 280K+ without any value add, so if the valuation is correct they are probably quids-in.

PS - don’t siblings of registered pupils get priority at schools irrespective of where the family moves?

Gosh @Beige that studio looks huge. It looks as though they bought part of the garden of the house they back on to? I wonder if the sellers and the next door neighbours knew the scale of the planned development. But I suppose an interior designer’s work nowadays doesn’t make a lot of noise (the days of sawing up MDF are long gone!) and it doesn’t look like there’s a separate access route, so no chance of it being converted to a bungalow in the future. I’d say she got a bargain to be able to run her business there, given the cost of office space. Nice commute too!

It looks as though they bought part of the garden of the house they back on to?

yeah, I think that is a block of flats.

so no chance of it being converted to a bungalow in the future.

That hadn’t occured to me, but it looks like there a side gate / alleyway which could probably be used (logistically speaking).

I really dont like the interior design…its too monochrome and for me the selling points of the property are square footage, lovely bathrooms (I must confess Im envious of the daughters lovely ensuite…I’d love my own ‘girly’ bathroom with a tub like that) and original features.
I can’t help thinking what a nightmare any incoming purchaser would have painting over all that black

In my 20’s I once painted my bedroom very dark aubergine …It was a choice I later regretted when it took professional decorators days to paint it white again.
To me the interior design is somewhat contrived as I’ve seen lots and lots of similarly styled spaces in magazines.

Wow disclosing the road this family lives on? Before and after google map shots? Speculating about this and that including sibling places at the school this family’s children attend? I know it’s all info that’s out there, but this thread feels very curtain twitchy…

The family agreed to have strangers photograph all their rooms, and for those photos to be published and circulated on a public website.

As for the rest of us, it’s perfectly normal and natural to be interested in ones neighbours and the fantastic things they do to improve their homes.

Nicky runs her interior design business from home and the home is a show place for that business. The House Beautiful piece is just the latest in a long line of articles over the years, easily viewable on the Internet.

Nevertheless, no one on here has published the house number (even though it’s on other sites). Nor have any pictures of Nicky or her family appeared on here.

Naturally there’s a bit of curtain twitching but surely that’s what people want when using their home to promote their business?

I had to laugh at your painting exploits Maxrocks. You reminded me that in my dim and distant youth, on my very first job, working in a suite of about six grotty offices above a workshop on an industrial site, I was given free rein with a paint chart.

I was going through a hippy phase and went for lilac walls and dark purple woodwork.

Those poor guys (all men, all working in industrial maintenance and safety). I left shortly after to work in what we know know as “meedja” but we then called “radio”. But they had to live with that colour scheme until the next scheduled paint job seven years later.

They would have probably sold their souls for black ceilings by then.

Speculating about this and that including sibling places at the school this family’s children attend?

All I did was query the veracity of something THEY mentioned in the article.