Can anyone identify this creature

Hi can anyone tell me what creature this is and any info about it? 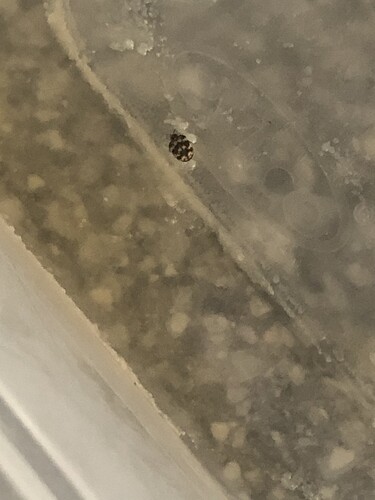 Have you seen it in profile or the underside? Does it look like it has a big tummy?
https://www.naturespot.org.uk/species/varied-carpet-beetle

I’m totally guesing, but it looks a bit like this thing? Maybe it is young so the colour isn’t yellow yet?

The Fungus-eating Ladybird (Illeis galbula) is a species of Coccinellidae. Adults are 4-5mm in size while the larvae are between 8 and 10mm. Adults are bright yellow with black markings, larvae and pupa are white with black dots. During the day it is fast moving and readily flies or drops when disturbed. Adults feed on black mold and other fungi. The pupa are active and often stand on end. They are found in Australia and are a non-native species in New Zealand.

Hi thanks for your reply. It looks and sounds similar but I have them in my home so not sure it is this

se23 is also a long way from Australia, but there’s probably some similarly related bug here

Hi thanks for replying. It looks similar to your picture but darker in colour. I don’t have carpets but do of course have clothes and soft furnishings, so this may be what it is

I’ve seen a couple in our house over the last few days. Same this time last year

Hi thanks for this, it’s made me worry less

I think carpet beetles can be quite varied in colour and their anatomy is different to a ladybird’s.

A ladybird has quite a chunky pronotum, which covers the thorax. (I think so anyway - I’m no expert).

I don’t think a carpet beetle has such a prominent one. 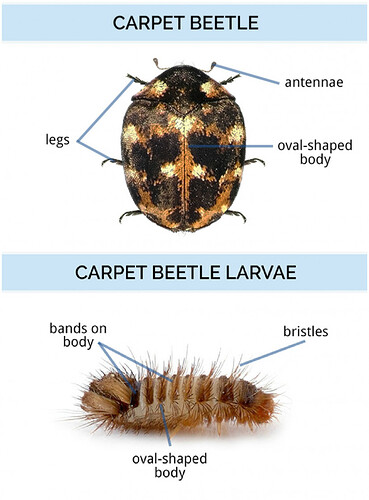 I also think ladybirds are sort of flat underneath and you can see their undercarriage, as it were.

This is a 14 spot ladybird, which we have in the UK and looks a bit like your photo … 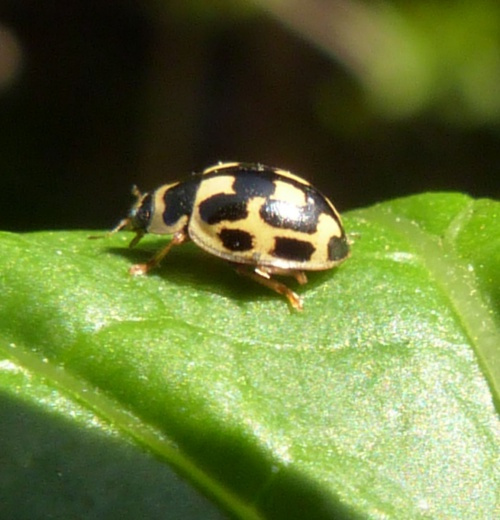 Whereas carpet beetles, photo below, have a more rounded underside.

Is that a window that the creature is on? Carpet beetles are often found on windowsills. A ladybird will take off when you touch it (or plummet). I don’t know how a carpet beetle would behave.

I think it’s the larvae of carpet beetles that do the damage and the adults tend to live outside.

The London Wildlife Trust could probably help with identification.