Went past the old portacabin site, whilst on the 185 today and noticed some caravans parked up in there. Some sign saying “We do gardens too” or similar words. Is this part of the proposed development plans or something not quite so planned?

Probably travellers. Do they do block paving, too?

I walked past today. I could see people sitting in the caravans. It looks like a travellers site to me.

It’s not a “travellers[’] site”, it’s an illegally-occupied piece of privately-owned land (as far as I know) that’s been invaded by squatters.

I wonder if they are connected to those who were at the Grove car park and the BT exchange in Dulwich the other week. They left an almighty mess with fly tipping before they were removed.

I walked along Firemans Alley when they were clearing up the BT exchange. A terrible mess. Openreach couldn’t even gain access to install new phone lines or for maintenance work.

Yep, just been past again and load of rubble, wood and other “rubbish clearance” already going on and messing up the place

How did they get in? That place looked pretty secure…

I want to know that too.
The gate is closed.

if they are travellers and lewisham council is obliged to provide sites for travellers, maybe they can reach an agreement that they can stay until work begins on the site provided that there is no fly tipping or other problems?

When I went past yesterday a couple of blokes were digging up concrete around base of the big portacabin on there. There were a couple of caravans but I thought it was something to with redevelopment. 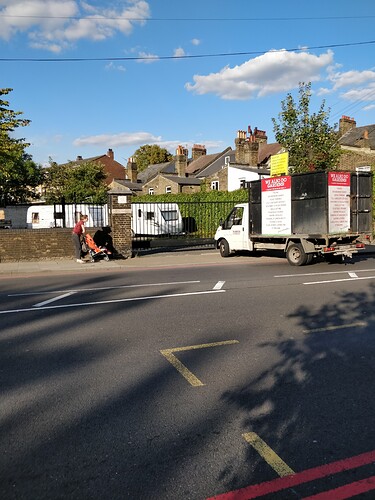 This van pulled up at the gates today and just pushed them open. They don’t seem to be locked or at least they aren’t now

Thanks for posting a pic @Charlo

Not a great advert for their “secure yard” 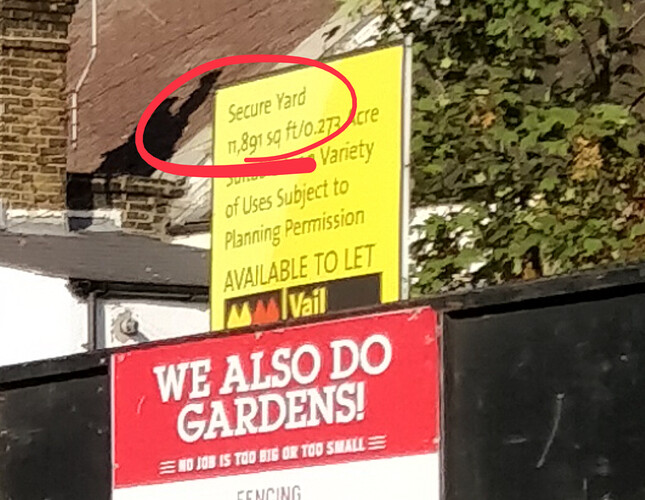 What sort of number plate is that? Also interesting that there are no contact details at all on the waste removal van - waste carriers have to be registered in England with a fine of up to £5k:

I’d hope authorities would take an interest in at least this before they mess the place up.

It looks like a number plate from the Republic of Ireland. TN stands for Tipperary North.

Tipperary you say? That’s a bit ironic for a fly tipping business

Hmmmm… now that I am at work and can take a proper look at the photo on a large screen, the number plate format doesn’t add up. I think the plate says “84-TN-3452”. That format of number plate was not used in Ireland until 1987. Also, a quick online check returns an error on the plate. So, either that isn’t an irish number plate or I cannot read the number right and 84 is wrong, maybe…