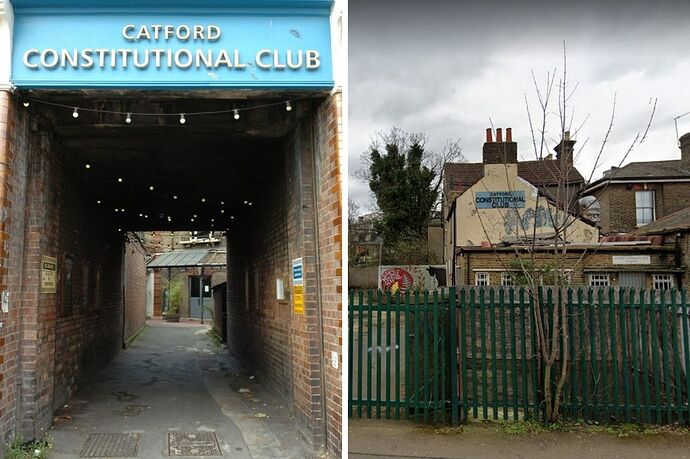 … locals fear the regeneration of the listed public house, which dates back to the Georgian era, could see the building’s history decimated.

Local people believe the building is the oldest in Catford.

Resident Cheryl Mcleod, said: “The Catford Constitutional Club is the oldest building in Catford, dating back to the Georgian times.

“How is it possible to restore this building sensitively and make the alterations to the roof and other parts of the building by March 2023 when the council cannot disclose the total budget.

“Will this be a heritage crime scene?”
…
Defending the plans to restore Catford Constitutional Club, councillor Paul Bell, said the project would be Catford’s “Notre-Dame”.

He said: “I’ll draw your reference to the Notre-Dame Cathedral in Paris that is being sensitively restored. The same thing will happen to the Catford Constitutional Club.

“It will be sensitively restored, maintaining our heritage because heritage is really important so that the people of Catford and beyond can use that community facility.

The full article goes into more depth about the £3.3m plans to return the club to use.