The Celia Hammond Trust has put a callout for help with food donations, and other items. Donations can be dropped off at their locations or ordered through an Amazon wishlist via this Tweet.

If Celia Hammond has touched your family in any way, or any pet centre please think about helping out if you are able.

Our cat food stores are empty. Our rescue centres are full. Can you spare a tin or two of cat food to drop off to our centres or use our wish list to order amzn.to/2BIInS1 #caturday #bekind https://t.co/p1GrcbSrxo 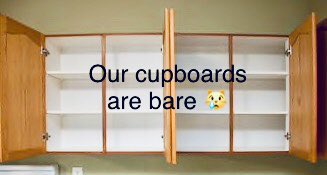 I was speaking to someone who worked in a similar animal welfare area, and she said it would be a bad year as many cats (and other animals) that would normally be neutered had not been, so likely more kittens etc, so I expect it’s a double blow for rehoming centres, especially for cat ones.

I suspect later in the year will also be bad as many people who bought pets during the lockdown go back to work and things don’t quite work out.