Extinction Rebellion got into the news over the last week for showing active resistance against pollution and while not totally in agreement, you have to admire the fact that they made a stance and drew attention to climate change.
At the more passive end, we have other groups who suggest growing more vegetation to mitigate the pollution from cars and ask people nicely to stop leaving their cars idling and driving to school/leisure centres.

Is there a need for a middle ground that suggests more difficult medicine?

Rather than just asking people to grow more hedges - ban paving over gardens to create driveways. Paving radiates heat and increases local temperatures and removes all the vegetation which makes our roads look ugly. Should we have demonstrations outside the next garden that is threatened by extinction?

Should we remove parking for able bodied people from beside schools and leisure centres to stop people driving to them? The asking people nicely hasn’t worked. It would be difficult to achieve but some sort of controls on parking whether free or by timed restrictions might help.

I am not totally anti-car just feel that there are times when we should actively discourage it and driving to school or to exercise go totally against reducing pollution and improving our health.

Some parts of the world have fines for people leaving their engines on whilst idling. Maybe a revenue stream for the council as well.

An advertising campaign for cycling would be nice. I don’t th8nk people realise cycling is often faster than public transport and requires no more fitness than walking. And is so cheap.

Maye we could give buses right of way at all intersections? As it stands, a bus is never going to be a more efficient option than a car along the same route. People generally won’t take a 10 minute bus trip when they could do 5 minutes in a car.

Or I’ve heard each person having their own carbon budget to spend as they like. You could choose whether you prefer making lifestyle changes: amount of meat in diet, driving, use of renewables. No idea how that would be monitored.

There are already requirements for doing this as a permitted development, such as having soft verges, aqua drains or building the surface from a porous material. I think the aims are mainly to prevent localised flooding from fast rainwater run-off, but I don’t see why a more ecologically friendly stance couldn’t be taken instead.

It would need to be enforced though, and judging by the local area this isn’t always the case with current front gardens.

EmmaJ,yes yes and yes .i do think these initiatives need some boost from legislation - change is always a bit uncomfortable but we don’t have time for good habits to be acquired slowly .

Plenty of initiatives have existed in law in other countries and I’d like to see a more strident approach in this country . The ULEZ is an interesting example - I can’t argue with the logic but without doubt there will a lot of pain for people with cars that don’t meet standards ( including mine ) and who can’t afford to replace with a vehicle that does . My hope is that it will stimulate a market and a supply for bog standard cars that meet environmental standards - ie clean engine of whatever type but no frills in all other respects .

For those that feel environmentalism crushes business I think the opposite - it represents opportunities to innovate and create skilled employment . It might also prompt a revisit of hydrogen-cell vehicles . What DID happen to them ??

It is good to see that there is some appetite for harsher measures to reduce climate change. I think most people support the ULEZ even those of us with older cars as we see the need in very polluted areas to reduce the harmful effects of car exhausts.

I think the driveway issue is probably a bit harder. Some cities such as Toronto have banned garden to driveway conversions for environmental reasons. There is also the thinking that it makes part of the road private rather than public whereas before everybody could park now only the resident can drive their car over the space rendering a private space. They also want to preserve the streetscape as people prefer looking at gardens than lumps of metal. They have also introduced a yearly charge for off-street parking which means that people have an incentive to do a driveway to garden conversion to save money and help the environment.

Could Lewisham do something similar? A lot of driveways are rarely used so a yearly licence might make people convert them back reversing the loss of vegetation, heating effects and make our streets look better. It would also better reflect the carbon cost between having a garden and having a driveway. If we are going to tax cars and fuel then why shouldn’t we tax other polluting aspects of cars such as driveways that harm the environment.

It would also create some economic benefits as people spend more over 10 years on their gardens than their driveways.

EmmaJ
Really like the driveway idea - legislation always sounds off putting but Canada doesn’t seem to be in a state of rebellion nor Germany where they have very tight rules about washing cars - in Frankfurt at least , it had be be done in a garage forecourt for instance .

There are so many ways we can improve the environment and incentives such as you describe wouid help a lot .

Thanks Nigel, all we need now is a local Councillor(s) or our local civic society to take up the challenge.

I nearly choked on my cornflakes this morning as I read The Guardian. They were publishing an incitement to park polluting cars on our green streets. In the Ask the Expert section, in answer to what to do with your 15 year old polluting diesel if you live in the ULEZ, they said park it outside the zone in a non-parking controlled street. We all know where that means.

Some parts of the world have fines for people leaving their engines on whilst idling. Maybe a revenue stream for the council as well. 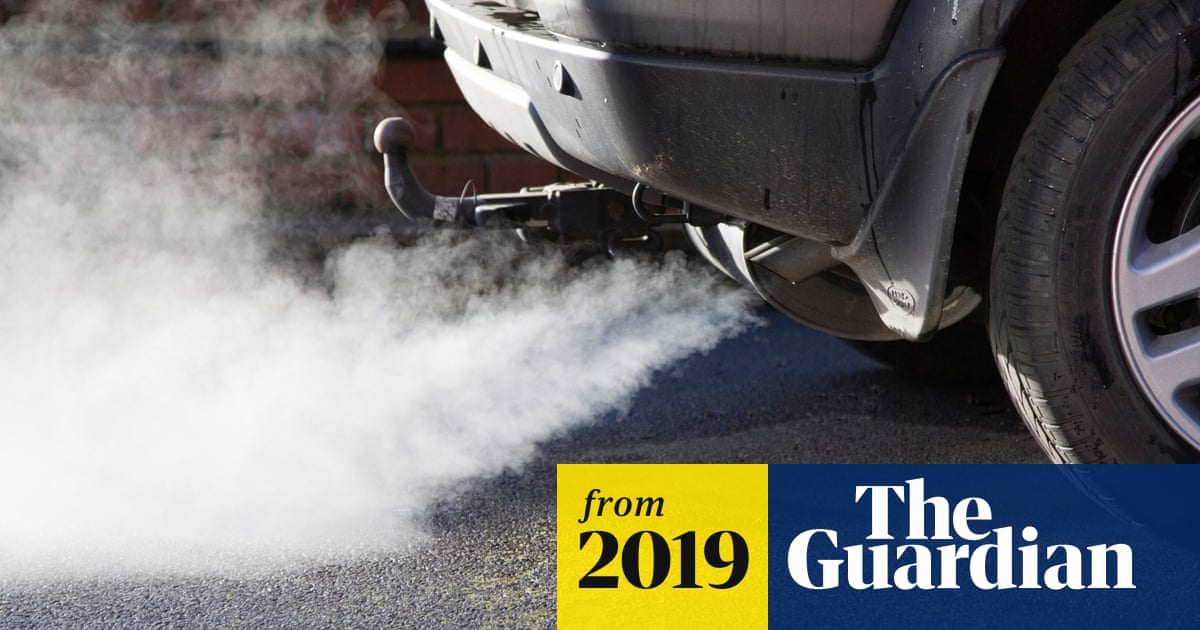 Calls for change to rules that state parked drivers have to be warned twice, with a minute’s grace in between

The environment secretary, Michael Gove, told the Times that instant fines for repeat offenders should be considered but stressed that any new powers should be “used proportionately” by councils.

Fines can range from £20 to £80 under existing regulations. Westminster city council has issued 39 penalty charge notices for unnecessary engine idling since 2017.

According to Westminster council, an idling car produces enough exhaust emissions to fill 150 balloons a minute. It has called on the public to report unnecessary engine idling through its website, adding that the borough suffers from the worst air pollution in the country.

Up to 18 local authorities in London have been involved in so-called “idling action events”, with drivers approached and asked to switch off their engines when parked. Islington council said 80% of drivers switch off if requested in a friendly and non-judgmental manner.

A Department for Transport spokesperson said: “We are determined to reduce the damaging environmental impacts of drivers who keep their engines running while stationary, especially those in school zones.

On the driveway question, you can’t legally create a non-porous driveway in place of a garden without planning permission (which you’re unlikely to get) but I suspect that a lot of people do it anyway.

Lewisham will do an inspection when you request a dropped kerb to be put in but that’s the only time it’s checked.

Dave, fully agree . I think we’ve demonstrated , on the whole , that we are likely to take more years than the planet has left to forswear plastic drinking straws and flash-flood drives ( especially those where the inspired homeowner has eradicated every inch that might support so much as a dandy lion).
If only we could develop a fear of climate change as rapidly as we seem to a be able to develop an allergy to bread or milk products .
I think we’ve proved that we are, in the main, toddlers in respect of not trashing our planet and there is simply not time for us to wake up, have our nappies changed and watch Ceebeeies, before we take some responsibility .