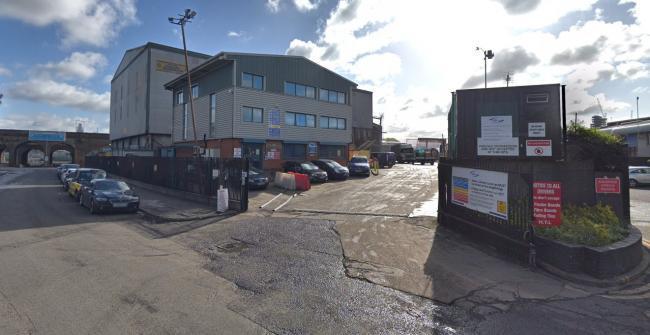 Lewisham residents could have access to ‘community tips’ in a bid to tackle fly-tipping.

A motion to launch a new approach to tackle the problem is due to be passed by Lewisham Council next week (February 26).

Plans include a review of what it would cost to provide community tips, which would make it much easier for people to dispose of their rubbish.

Currently residents “effectively need to own a car” to access the tip at Landmann Way.

According to the figures, councils are shelling out £58 million a year to clean up the mess.

This motion is on the agenda for the next council meeting, Wednesday 26th February and the full (one page) text of the motion can be found here: Motion 1 - Skips - Proposed Cllr Penfold Seconded Cllr Maslin (PDF).

An interesting idea. I am always a bit miffed I cannot use Landmann Way because I don’t own a car and I would certainly use such a facility.

Problem is the kind of people lazy and anti social enough to fly tip probably won’t bother travelling to the community skip either.

Another problem is Landmann Way is quite selective in what it will accept - small amounts of DIY waste being rejected for example.

Without monitoring, I also wonder if these ‘community skip sites’ could just end up being ‘community dumping grounds’. At least all the mess will be in one place.

It’s a shame they don’t have the same as Southwark’s tip.

This is a waste of Council Tax money Lewisham doesn’t have! The majority of black sack, mattress and household junk flytipping is undertaken by people too lazy (or stupid) to bother about the responsible disposal of waste. So long as there’s a high chance of no sanction or penalty, they’ll just continue dumping at the street corner.

Then, and only then, should these community skips be introduced. Also do a deal with Bromley to allow people in the south of the borough to use the Beckenham refuse centre free-of-charge.

You’re living in the wrong Council for that to ever happen. The policy seems to be to never fine residents for anything.

The best they can do is just improve their reactive measures. I guess they already have the app and they seem to respond pretty quickly. And they can obviously hire more street cleaners for the minor rubbish that is a permanent fixture on our streets.

This is a waste of Council Tax money Lewisham doesn’t have!

To be fair to the original motion, this is just at the stage of asking officers to investigate costs and respond within 3 months - nothing is confirmed yet and the direction is that it may be ‘cost neutral’ or ‘delivering a saving’, though I’m not sure which. This is the direction from the motion:

Ask officers to investigate the cost of community skips across the borough. It is understood that this scheme should be cost neutral and so officers are also asked to investigate the likely amount of savings that will be delivered as a result of the scheme and any other sources of funding, including best practice in other boroughs and whether existing Lewisham contractors can provide the service under social value provisions. The officers are asked to report back to Councillors within 3 months.

When I was in Paris last year, or maybe the year before, I was surprised to see one morning the streets ‘littered’ with all sorts of furniture and other bits of pieces. What I understand they do, is on 1 day a week (or month, I can’t remember) you can put out stuff such as broken (or not) cupboards etc that people might find difficult to transport and they were all collected. I should emphasize not everything was bulky, but it was an interesting idea.

Of course Lewisham do already collect mattresses for free link here so there really is no excuse for those.

They also collect some larger items for a fee (£20 for beds, carpets, sofas and £30 for fridges and freezers) - link here - assuming you can’t give them away if they are still working on here or elsewhere.

I do agree with @ForestHull that not being able to dispose of small amounts of DIY waste is frustrating and I’m not sure how you are meant to actually get rid of this?

I’d be broadly in favour on first impressions of a community skip but I fear it would end up like some clothes recycling points where people just dump excess clothes even when full and other bits also, so it would depend on it having capacity regularly.

The problem with their fairly efficient reactive clearance service is that th dumpers observe that their previous flytip has “magically” disappeared and replace it with another.

As for more sweepers, I don’t think that’s on the cards. Lewisham’s plan to move to one sweep a fortnight for residential roads has only been stayed not cancelled.

Interesting how neighbouring Southwark seem capable of effectively managing both the flytipping blight and street cleanliness challenges that seem insurmountable here in Lewisham?

I’d love to know what other borough best practice they’re investigating? Hackney had a community tip service years ago and it flopped for all the reasons already aired here. But then Lewisham’s new CEO would know this as she came from Hackney. Hmmm!

We badly need to dispose of some old tins of paint…Lewisham tip dont accept it (Southwark do but we aint Living in Southwark !) Obvs bin men dont accept it so its just sat here with nowhere to put it.
really infuriating…we would never fly tip but to be truthful I actually wish we weren’t such good citizens cos I’m sick and tired of having stuff i can’t rid of and can’t use!

You could use the City of London collection service. You need to box it up and book a collection. A certain number of collections /items is free.

thank you for this info!
I’m going to look into that

It is a great idea in theory but I fear it would be abused in practice…
We have a community skip on our allotment courtesy of Latham Skips who park some of their stuff on the corner of the site. It is an absolute boon for getting rid of bits of old sheds, fleece, etc and keeps the plot tidy but I have no doubt that it gets abused by people bringing stuff from home to put in it.

The other advice I saw is that you can mix the paint with sawdust/dirt and pour it into a tray to set and once it’s set it is safe for landfill (and it’s the leaching of liquids into the earth which is the issue with disposing of liquids).

Most councils will have a paint amnesty once a year. Lewisham used to, no idea if they still do.

Contrary to earlier remarks, Lewisham does seem to be issuing fines. People stacking litter on property and the pavement have been issued with FPNs on my road. This is welcome action alongside removing a fridge freezer and other filthy and bulky items that my neighbours couldn’t be bothered to deal with properly.

That tips no longer accept DIY waste is still infuriating though. £60 to clear a few bags of rubble and old tiles when it was a £15 Zipvan and a free trip to the tip a few years ago is mental. People are obviously going to chance it and fly tip if you can’t get rid of the waste for a reasonable cost.

The other thing I don’t understand is why the tip doesn’t accept old fences? I can imagine after the recent storms quite a few of us have had to have fences replaced but you can’t take the old ones to Landmann Way. What are residents supposed to do? It encourages fly-tipping. I don’t think other boroughs are so strict.

Yes that is what we did with some asbestos from the back of our house. It’s a very easy process & collection spot on.