Coronavirus patient turned up at Lewisham hospital in Uber taxi 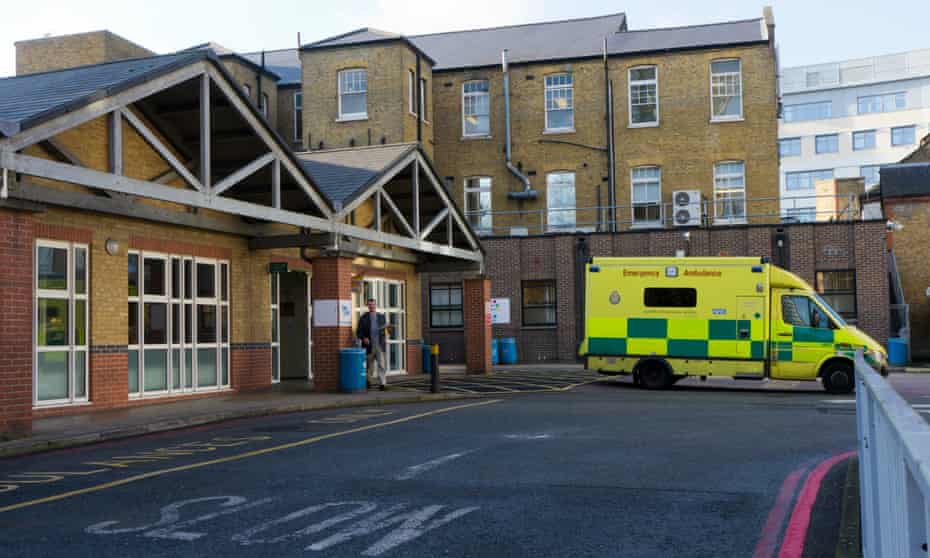 London coronavirus patient turned up at hospital in Uber taxi

The first person diagnosed with coronavirus in London turned up unannounced at a hospital in an Uber taxi after falling ill, the Guardian has been told.

Two staff from Lewisham hospital in south London are now in isolation at home after coming into contact with the woman, a Chinese national who had recently arrived in the capital from China.

Lewisham hospital on Thursday confirmed the unnamed patient had not followed public health officials’ advice and had simply “self-presented” at its A&E unit last Sunday afternoon.

She did not arrive by ambulance or her ownprivate vehicle and went straight to the A&E reception desk to report her symptoms – both clear breaches of guidance aimed at stopping the spread of the virus.

No other patients were exposed to the risk of infection by the manner of her arrival, the hospital said.

The woman was then sent home pending the results of her tests. On Wednesday she was taken to another London hospital, St Thomas’, for treatment.

In a message to staff, Ben Travis, the chief executive of the Lewisham and Greenwich NHS trust, said : “We wanted to let you know that we have had a confirmed case of coronavirus from a patient who self-presented at the A&E department of University hospital Lewisham (UHL) last Sunday (9 February).

“The test result was confirmed as positive yesterday (Wednesday 12 February) and we have been in touch with all staff who came into contact with the patient. The patient went to [a specialist unit at] St Thomas’ yesterday evening, so we are now able to update all staff.”

Describing how the patient came to seek help and the hospital’s response, Travis added: “In this case, the patient self-presented at our A&E. As soon as the patient did this, the patient was given a mask and then escorted to be tested in the dedicated area we have assigned for coronavirus testing outside the A&E building – while awaiting the installation of a purpose-built ‘pod’.

“As further assessment was required, the patient was then taken to a dedicated isolation room in the emergency department. In line with our protocols, throughout their care the patient was escorted and did not come into contact with other patients. The patient was later discharged and taken home by London ambulance service.”

As a result of her walking straight into the A&E, rather than going to the ambulance bay to be met by trained doctors and nurses in hazmat suits, some staff may have been been exposed to a risk of infection.

Travis added: “All staff who had direct contact with the patient have been contacted, including two members of staff who are undergoing active surveillance at home for a 14-day period as a precautionary measure – following the advice of Public Health England.”

Media reports have said the woman rang NHS 111 before going to the hospital and the hospital was expecting a patient with suspected coronavirus. But staff there also said it was unclear why, despite apparent contact with NHS 111, she still came in by taxi, given that the NHS telephone advice line would have called her an ambulance or advised her to go in a private vehicle.

Staff at the hospital said they were worried the patient’s behaviour could have led to some of them, and some of the patients in the A&E at the time, catching coronavirus. Some are also concerned that the Uber driver who took her there may be at risk, and possibly others in his car later.

Dave Smith, the chair of the Royal College of Nursing’s Emergency Care Association, said: “It’s worrying to hear that the public aren’t following Public Health England advice about phoning NHS 111 to seek advice, and therefore putting other members of the public and NHS staff at risk of contracting coronavirus.”

I hope we can assume that the Uber driver has been contacted / tracked down?
It’s a shame this person did not adhere to the advise given by 101

I hope we can assume that the Uber driver has been contacted / tracked down?

Uber have suspended the account of a driver who dropped a woman later diagnosed with coronavirus to Lewisham hospital.

Public Health England have however said that the driver is not considered high risk.

Dr Rachel Thorn Heathcock, consultant at Public Health England, said: "We are in contact with Uber to ensure the driver receives advice and information on what to do should they feel unwell in the coming days.

“As the journey was less than 15 minutes, the driver did not have close sustained contact with the individual and is not considered high risk.”

Not sure I’d want to travel in that particular Uber…

Would not want to take my chances in that ride either - could you imagine with the heating on high blast too - shudder to think ! we just do not know enough about how this is spread to take those risks!
I feel for the poor driver though , his livelihood has been affected by this persons poor decision, let alone the others put at risk. That’s not to say I’m not sorry for the patient but we have to be considerate of others also.