Oh sod off! No one wants them

Whaaaat? The best fish & chip shop within walking distance of my house is going to become yet another faceless corporate pizza takeaway joint?

I think this one is not likely to be defeated by any planning rules. I assume there is plenty of space for all the motorcycles that will be parked outside and coming and going until late.

@MajaHilton - it looks like there’s going to be strong local objection to this. Not sure if 56 Honor Oak Park falls under your remit, but do you think the planning dept will take local opinion into account?

To @anon5422159 and to inform @MajaHilton - Chris I think your sense of humour is hugely rambunctious.

The term “strong local objection” coupled to a 20 vote poll with only an 80% representation of people who object, is a total mis-match to the demographic affected by this.

Countdown is now at 2.

Given the number of delivery options available in SE23, I can’t quite recall the last time I went to a takeaway to get a takeway. Unless it’s Morley’s on the way home from the pub.

The issue may be to complete against other fish ‘n’ chips shops which do offer a delivery service (e.g. the Cod Father) they might have to resort to motorcycles parked outside and coming and going until late.

This is confusing as I recently read an article as to how Dominos were going to get rid of their shops and operate from non high street premises. Because no-one picks up food anymore and a shop front is an expensive waste of time

Yes well seeing as they had previously wanted to open a delivery hub and there is a lovely wide pavement there to use as a scooter park, this could still be their focus.

My concerns would be the same as before when Dominos applied for planning at the Old Bank Site. Thankfully they didn’t get approval then and we have Mamma Dough a nice restaurant which is fitting for that site. The issue with motorbikes however at this new proposed site will be exactly the same. The streets off Honor Oak Park are closed off to through traffic. Gabriel Street (at the junction with Stondon Park) Grierson and Bovill off Gabriel Street and Grierson Road on the North side. The mopeds will use all these streets as rat runs. It already happens with Deliveroo drivers and has becoming more of a problem. One of their drivers being reported to the police recently. I will be objecting on this basis.

And to be honest, all Devonshire Road needs is another bunch of delivery mopeds darting up and down an already noisy street. Some people must really love pizza…

Or some people quite like pizza and there are lots of people.

We don’t need another pizza takeaway. Delivery mopeds are often a real hazard to pedestrians on the pavement and cyclists and drivers on the road.

Perhaps rules could be imposed to make all deliveries from Dominos in Honor Oak Park Electric Bikes only: 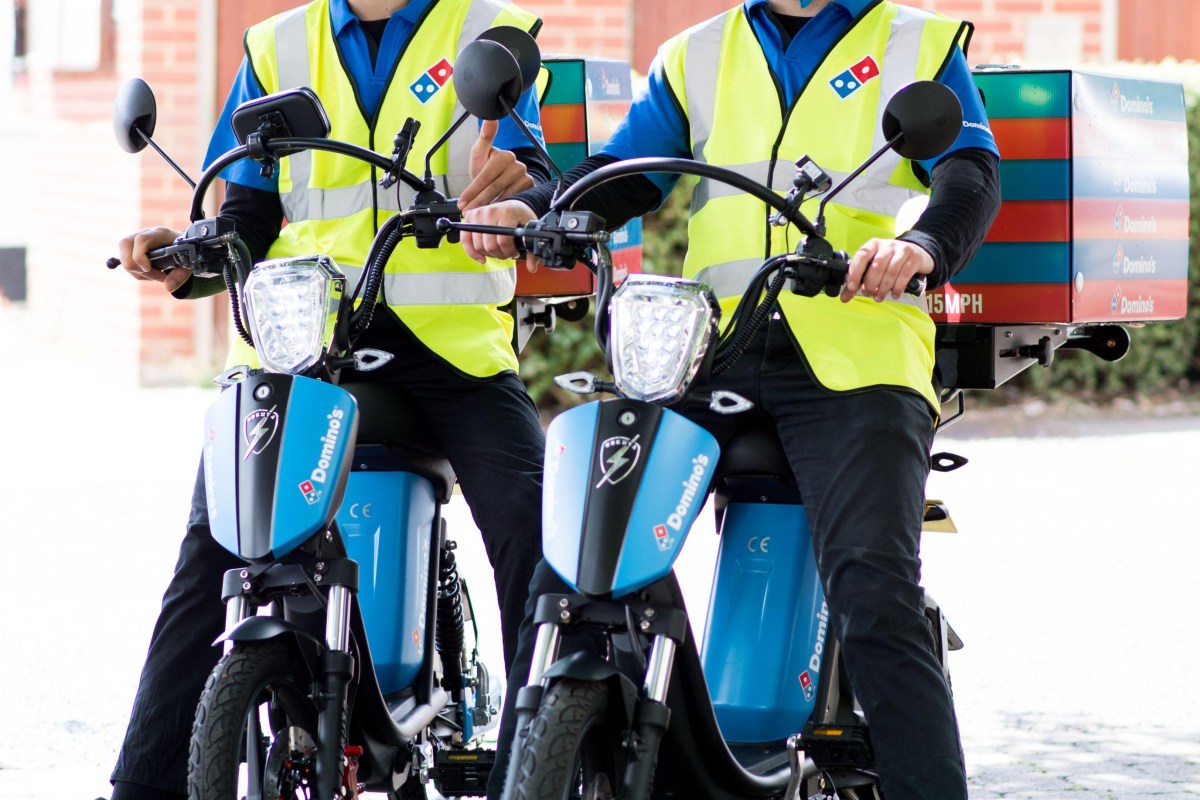 Domino's aiming to grab a 60 per cent market slice with the help of a fleet of...

DOMINO’S  takeaway pizzas is hoping to dominate the market with the help of a fleet of electric bikes. Boss David Wild, editing Sun City for the day, says it already has a 46 per cent share but bel…

It looks like the address in Crofton Park ward.

Any planning application with 3 or more objections (or referral from a councillor) and the application will be heard by a planning committee. The reasons to object have to be planning ones as the others will not be taken into the account.

As I said before, planning is not quite local democracy in action. Couple of months ago we had a petition against a proposal, and one for the proposal. Over 1600 people put their name on one of those. Roughly half of the people were happy with our decision and the other half were not. It was always going to be the case that a half would not be happy. We decided on the planning issues.

Gutted to hear the fish 'n chip shop is going…they were one of the few places I could ask “please can you take the skin off the cod before you batter…the thought of it’s grey epidermis is deeply unplez”… and they did. Hate the thought of another fat cat company paying their staff minimum wage on zero hours arriving.