The Mayor of London, Sadiq Khan, and the leader of Southwark Council have called on the owners of Dulwich Hamlet’s ground to sell the land.

Hamlet have been forced out of Champion Hill after stadium owners Meadow Residential said the seventh-tier club had repeatedly breached their licence.

Meadow hope to redevelop the site, providing homes and a new ground, but the council do not support their plans. 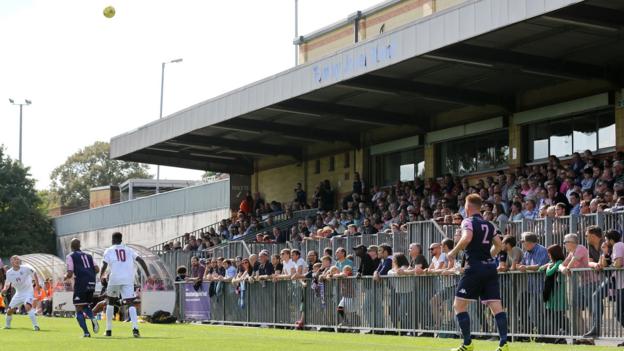 Sadiq Khan, the Mayor of London, writes a joint letter asking the owners of Dulwich Hamlet's home ground to sell the land.

Am I reading this quote correctly in that Sadiq Khan and the leader of Southwark Council want a deal to protect Dulwich Hamlet FC’s future ?

“Alternatively, Southwark Council is keen to safeguard the future of DHFC at the site and would be happy to consider meet with Meadow to negotiate to acquire the site itself at market value.”

I have to admit, I was taken aback also. But nice to see some positivity. Interesting that Southwark Council are interested in buying it also. But then I guess it is an investment.

No catch other then Meadow only making a few million in profit. They would prefer to make more through their development though it is more likely now they are using the club as leverage for a better price?

It is interesting that Southwark’s refusal was in part due to potential loss of Metropolitan Open Land. Not something that holds weight with their own applications sadly. (cf Camberwell cemeteries development ad nauseum)