GLL will be taking over the contract from Fusion.

Lewisham Council has cut ties with leisure company Fusion in the wake of “significant financial challenges ” caused by lockdown.

Interesting. My son was working there as a lifeguard and they were decent enough to furlough him. I wonder if he can reapply or if they’ll sort out some kind of handover.

In other news(shopper) does anyone know where the casino is? 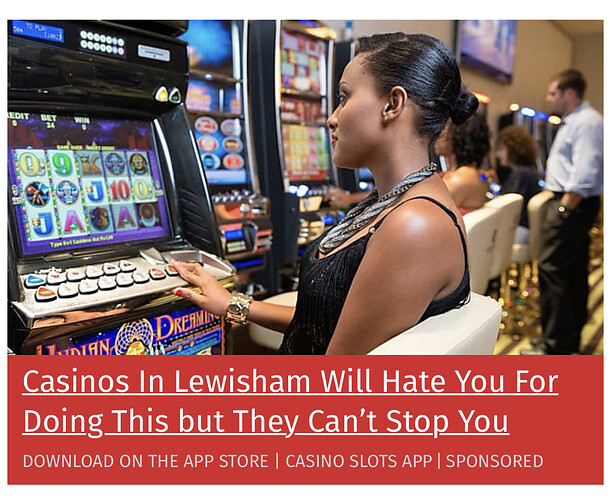 Interesting - this is the same company that Islington Council helped out in May.

Islington Council will bailout its leisure centre provider so it doesn’t “fail” due to the Covid-19 crisis.

GLL is the biggest leisure centre provider in the country and runs eight Islington facilities, which have all been closed since March 20 due to the coronavirus lockdown.

It has asked the council for support, and the town hall is set to defer rent collection of £1.274million and pay an amount - which has not been made public due to commercial reasons - towards GLL’s costs to maintain its Islington assets from March 20 until the end of June.

The council will also pay GLL £195,000 up front rather than at the end of June as specified in its contract.

They make over £300million a year - but can’t be bothered to create a pdf that is searchable - not sure what they are hiding (MD makes 210k - but that doesn’t seem obscene). They do appear to be paying a large amount of pension money to past employees (presumably directors - not the people doing the work)

Well clearly bad news for those employed by fusion who will now lose their jobs, though hopefully some will be rehired.

Fusion appeared to have a poor reputation so hopefully this will be a positive change - FH pools really should be something that is a highlight for the area,

If you get a swimming membership with Better then you’ll now be able to use crystal palace and Charlton lido as well as FH pools.

In a pre-covid world when a service contract is moved to a new provider then the employees of the original provider should be covered by TUPE (Transfer of Undertakings Protection of Employment). Under this the new provider has a legal obligation to honour the existing terms and conditions of employment (except pensions) for any current staff that wish to transfer to the new provider. However as @clausy mentioned that Fusion furloughed the staff I don’t know if this affects the application of TUPE.

I didn’t realise TUPE worked in this circumstance.

I suspect whatever happens some staff will be made redundant, I wonder if the council are absorbing those costs as part of the deal or will subsidise keeping them on.

Despite its unpromising name, the News Shopper seems to be the best (only?) source of authoritative info about what’s going on in the Council. Lewisham’s website is still saying that Fusion is getting ready to “bounce back” in Forest Hill.

Looks like I should be emailing Grainne Cuffe (local democracy reporter) rather than our councillors if I want the low-down on anything local.

853 is also a good source, with a few less adverts. Gráinne Cuffe has a similar article there too: The organisation that runs Greenwich’s leisure centres is to expand into Lewisham after councillors there decided to end its deal with its current provider, Fusion. Greenwich Leisure Limited,…

Fusion Lifestyle have been in discussion with Lewisham Council about the future provision of leisure services in the Borough. The Council has decided to take the opportunity to secure a new partner, which will see the phased reopening of leisure centres and swimming pools starting this autumn. Fusion is looking to concentrate on other areas of our business in light of the impact of coronavirus on their operating model.

As Fusion Lifestyle step aside after ten years in partnership with Lewisham Council, it is important to note the contributions we have made to leisure in Lewisham. Fusion has helped significantly increase the number of people using the Borough’s leisure facilities to well over a million visits per year. Fusion is proud of its achievements in Lewisham: the charity has funded investment of over £3M; commissioned and launched the new Glassmill and Forest Hill leisure centres and delivered cost savings to Lewisham Council of over £2.5M a year.

In addition to successfully growing the number of people using the centres and providing the Lewisham community with leisure facilities to remain active and healthy, Fusion has worked hard to deliver an inclusive and welcoming service for all.

Anthony Cawley, Director of Operations at Fusion Lifestyle, commented, “We are really proud of what we have achieved in Lewisham since we started our contract in 2011. We know how important leisure facilities are for the health and wellbeing of the local community and we believe that the initiatives we have undertaken in Lewisham have made a really positive difference to residents in the area.”

We will be in touch with our members in due course around what this means for their current memberships.

They make over £300million a year

@foresthillnick My point was they can’t be that well organised if within that £300million they can’t find £100 for a decent pdf editor - or they do it intentionally to hide things (difficult to tell because I couldn’t search the pdf!)
Their annual statement is quite difficult to read because it is a mess of sub-companies (which I guess comes with the territory)
Charity doesn’t always mean moral (even if they are usually set up with good intent) so it always worth having a look to see that they are well run. The obvious alternative is for Lewisham to run the centres - but maybe having a London based group of centres gives economies of scale (though this is only London based - it operates throughout the UK)

Are you talking about the ‘Annual Return and Accounts.pdf’ on the link you shared earlier? I can search it fine using Preview on Mac. I had a quick look through it, they’re fully audited, although that doesn’t say much either these days!

Interesting suggestion to have Lewisham running the centres given how much people generally moan about the council doing anything themselves - seems like outsourcing is just as imperfect.

Fusion is looking to concentrate on other areas of our business in light of the impact of coronavirus on their operating model.

I know it’s small, but their lack of attention to detail on announcements like this really annoys me, it was clearly pasted from elsewhere where Fusion were being talked about in the third person and someone forgot to adjust it.

Also, what other areas of the the business do they have to focus on? Do they mean specifically the operating model they agreed to with Lewisham, but have different ones elsewhere?

@clausy Only the bit added by the FCA is searchable - the bit with the real content isn’t.
Audited just means a true and fair view, it doesn’t give judgement calls on eg whether the MD should get paid £2million + private jet
I’m not a big a fan of outsourcing monopolies (which a lot of council functions are) to private companies, though I appreciate there are potentials for genuine savings in some areas. (There is also potential for just paying extra money to private companies)

GLL actually have a good graphic design department, although somewhat ironically it is outsourced! OH used to work there but not for them. They are obviously perfectly capable of producing a text PDF but have chosen to send an image based one to Companies House et al.
Here linked from their own site is their financial statement for 2018 - fully searchable.

They do have different models.

Some councils pay the outsourced provider a fee to run the centres; others expect the provider to pay them a fee

thank you! its my dream to swim at Crystal place but sadly I can only swim in water I can stand up in!
one day…