Anyone else notice that Sainsbury corp seems to have given up on Forest Hill? I’ve seen sieves that protect you more from the rain, less gone off food in skips and more staff in closed businesses

It’s been in decline for a while, see the previous topic: The Deterioration of Bell Green Sainsbury’s

Since then there have been some changes with Argos and the introduction of self-scan, and perhaps competition from Aldi will help?

A merger with Asda was also blocked back in April this year, which may have renewed business perspective.

I think he is talking about the Forest Hill branch.

I popped in on Saturday (I live on Elsinore so don’t often go in) and it was notably under staffed. People in front of me (who I think were tourists or visiting the area) couldn’t believe that ‘ a massive supermarket in London didn’t have people on the tils’

Although the OP was talking about Forest Hill Sainsburys, I think that the decline is endemic across all stores (leastways it’s certainly the case at Bell Green, which is the one I use the most).

More and more often, I’m told that groceries that I regularly buy are “currently out of stock” and fresh fruit on display is increasingly bruised or rotten.

The aisles are permanently littered with trolleys being used to pick orders for home delivery, and the staff seem fewer on the ground every time I visit.

IMHO the Sainsburys corporate strategy is to oversee a managed decline of the large supermarkets in favour of the smaller Local stores and home delivery - fewer staff, cheaper overheads.

I went into the Sainsburys Local in Catford this week and there were no staff visible until one came out of the staff room.

I think since the merger with Asda was kyboshed, the senior managment seem to have run-out of ideas.

The only game in town for these overpaid fat-cats is growth through mergers & aquisitions. They seem to have forgotten how to organically grow businesses as it doesn’t produce enough shareholder value on it’s own.

The new kids on the block; Lidl & Aldi seem to have kept that passion and are hungrier for market share, with fresh angles and ideas.

It depresses me to go into Sainsbury’s these days with all the empty shelves.

This may go some way in answering the question regarding the FH branch:
Dominant Greater London Food Store Investment

Not wishing to be contradictory but my experience with FH Sainsbury’s is quite different. I should say I’m not a weekly user, but each time I’ve gone in they seem to pretty much have everything I need or want. And I’ve always found the staff really helpful… whether it was checking on an item, or at the check-outs. For me, their staff are a heck of lot friendlier than the Coop near by.

That said, I do see a world of difference from that brand to the Bell Green one which I try to avoid.

Other half was in there a week ago and thought how fresh it looked.

I’m assuming the other half was standing under a leak and it reminded her of a fresh summers day by the waterfalls.

I tend to use the Dog Kennel Hill one which is bigger, well stocked and better run (apart from the other Saturday when there was so little fruit and veg in stock I thought a no deal Brexit had happened and I hadn’t realised!)

Interesting read - but that is just the freehold sale, it shouldn’t make any difference to Sainsburys - other than they should be suing for non-repaired externals.
“Extremely limited local competition” I think is the real reason they don’t care. They don’t need to! Shame Morrisons pulled out of the Local market and didn’t move into Peacocks

I think there has been a decline at the Sainsburys FH. I used to think it had the best staff of pretty much any supermarket I had ever been to - so much so that I once wrote to the manager to praise the staff. I particularly loved the fact that they seemed to intentionally employ a lot of older staff on checkout, many of whom I believe were past standard 65 retirment age. They really seemed to make an effort and take pride in their work and it was a pleasure to chat to them at the till. Sadly, once the opened the automated checkout area I assume they significantly reduced human checkout hours and there has been a noticeable increase in queuing time and a decline in the friendly community atmosphere that once existed.

I was at Bell Green last Sunday and had the same thought, re: Brexit deal and fruit and veg availability.

Can we avoid any politics please.

I would assume not. I remember Sainsbury’s FH in 2001 as being a tip. I don’t think it has reverted to that but it may have done since I was there on the 22nd June this year.

I totally agree I adore the older staff members at sainos Janet and David especially.
They make shopping there a really pleasant experience.
Personally I never use the auto checkouts as I feel the more they get used the less jobs we’ll see for unskilled workers in our supermarkets.
I often thought our Sainsburys was pretty good and actually much better than my old local sainsburys Superstore on Ladbroke grove which was rubbish for anything other than Frozen food
However went to our branch yesterday it did seem less well stocked than usual with lots of empty shelves and empty gaps in the fruit and veg
Bell Green I went to once and that was awful !

Not sure what the play is here, either it’s a very long game or it’s not going very well! 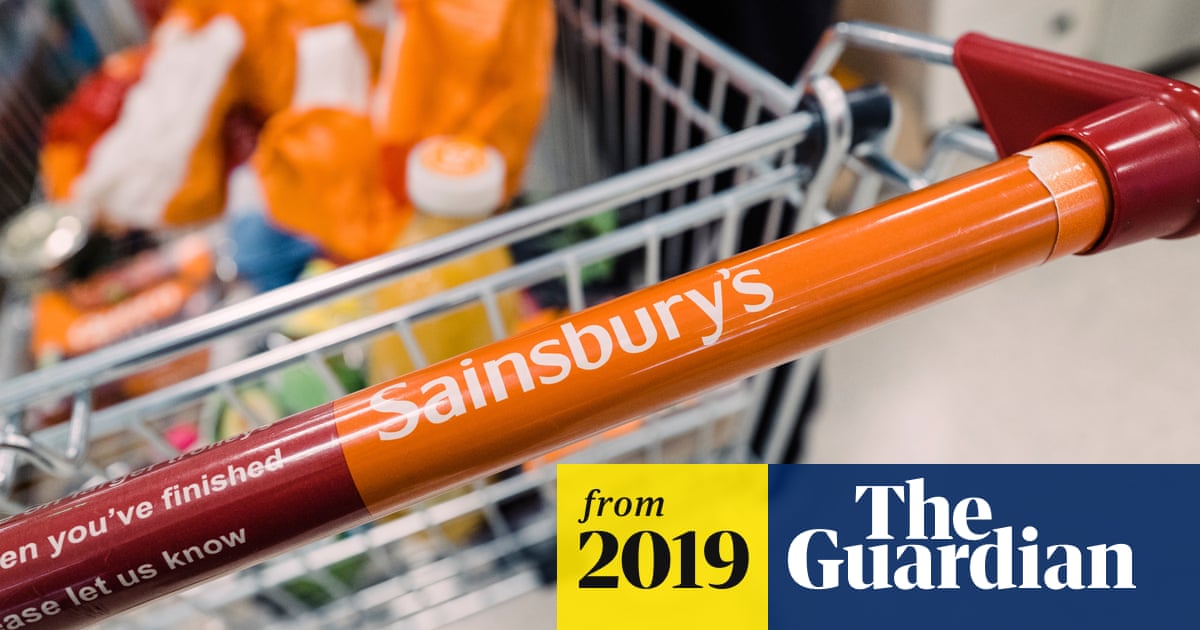 any idea what ‘investments in large beauty areas’ are?