On the hill by Horniman… Forest Hill is twinned with:

Antony (French pronunciation: ​[ɑ̃tɔni]) is a commune in the southern suburbs of Paris, France. It is located 11.3 km (7.0 mi) from the centre of Paris. Antony is a subprefecture of the Hauts-de-Seine department and the seat of the arrondissement of Antony. Watered by the Bièvre, a tributary of the Seine, Antony is located at the crossroads of very important transport routes, especially the main north–south axis which has existed for 2,000 years. Little urbanized until the early 20th century, th...

Matagalpa (Spanish pronunciation: [mataˈɣalpa]) is a city in Nicaragua which is the capital of the department of Matagalpa. The city has a population of 200,000, according to the 2012 census, while the population of the department is more than 604,900. Matagalpa is Nicaragua's fourth largest city, the largest in the country's interior, and one of the most commercially active outside of Managua. Matagalpa is the 4th most important city in Nicaragua and is known as the "Pearl of the North" and "L...

Charlottenburg (German: [ʃaʁˈlɔtn̩bʊʁk] (listen)) is an affluent locality of Berlin within the borough of Charlottenburg-Wilmersdorf. Established as a town in 1705 and named after late Sophia Charlotte of Hanover, Queen consort of Prussia, it is best known for Charlottenburg Palace, the largest surviving royal palace in Berlin, and the adjacent museums. Charlottenburg was an independent city to the west of Berlin until 1920 when it was incorporated into "Groß-Berlin" (Greater Berlin) and transfo...

Has anyone been to any of our twin towns? 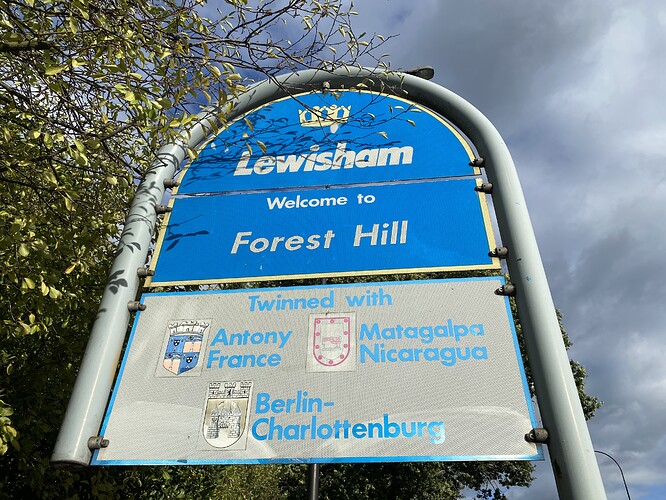 Twinned. What does that mean exactly, does anyone know ?

Does it mean school exchanges take place between these towns? My school did one with one in a twinned town.

The Lewisham Choral Society, of which I am a member, has visited both Antony and Charlottenburg to combine with local choirs to sing concerts.

I suppose after Brexit we can kiss goodbye to all that sort of thing.

I don’t see why. We were twinned with Antony and Charlottenburg prior to the EU.

I don’t know why Charlottenburg was chosen. Halifax Street was called Hanover Street but that was pre WW1. Was there a Bonhoeffer connection maybe???

The Nicaraguan twinning was just a political move originally.

​We have historical ties, known as 'twin towns', with three places around the world.

There is a Lewishamstrasse in Charlottenburg. Antony was originally twinned with Deptford, before it merged with Lewisham in ?1963. It’s about the same size as Deptford, so there’s now a certain asymmetry.

The son of a former Bonhoeffer Pastor now lives in Charlottenburg. So there may be some connection.

That’s awesome. When are you planning a trip to Nicaragua?

Probably needs an invitation from the Matagalpa Choral Society plus a wealthy sponsor to pay the air fares!

I suppose after Brexit we can kiss goodbye to all that sort of thing.

After WW2 many good people, and many good organisations (including most notably, NATO) kept the peace, brought the Allies closer together, and brought former enemies into that alliance. The EU came later.

I cherish the new opportunities available for us to get closer to our old friends - those whose grandparents fought beside our grandparents to protect the European continent from over-ambitious superstate builders of the past.

HMS Queen Elizabeth has embarked with the largest number of 🇬🇧 & 🇺🇸 warplanes ever on her deck as she sails for UK-led exercises with NATO allies in the North Sea. An exciting time as we take the US-UK partnership to new waters! https://t.co/b090Ekk890 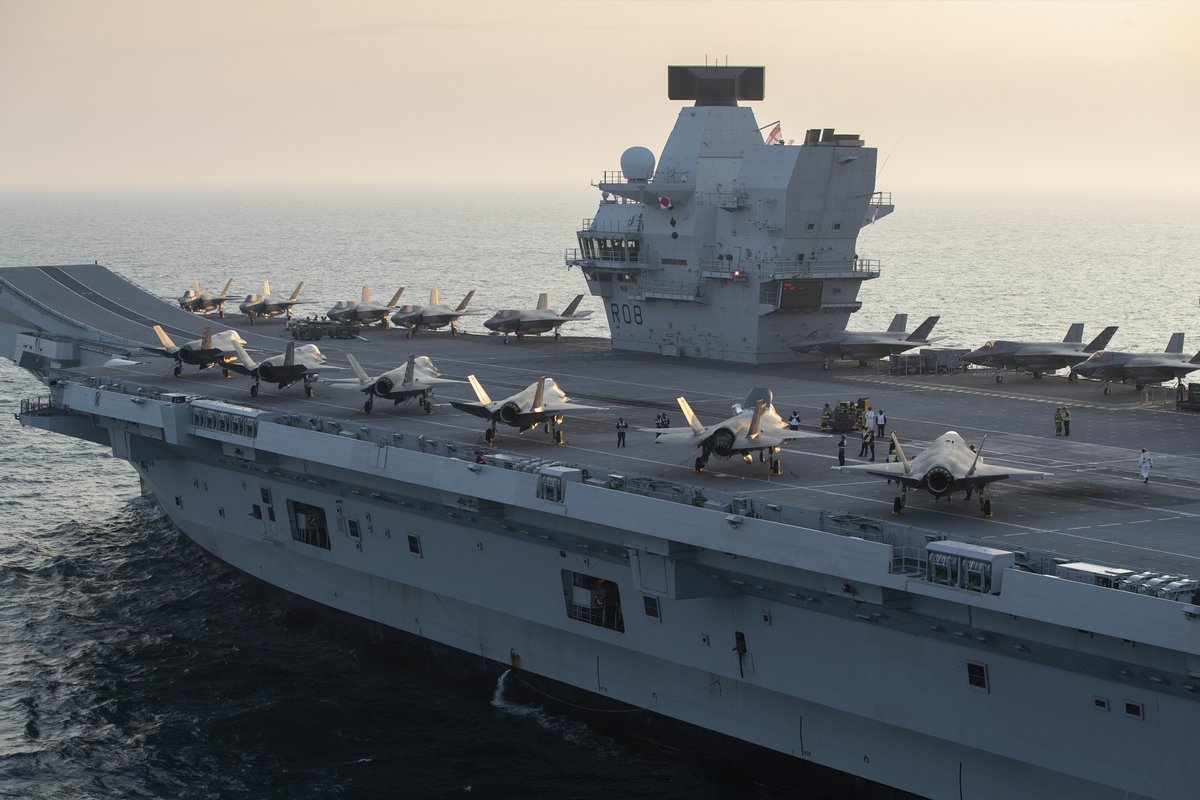 brought former enemies into that alliance . The EU came later.

Germany joined NATO in 1955 and joined the EEC when it was formed in 1957. ECSC (the predecessor of the EEC) was formed in 1951 and included Germany from the beginning (unlike NATO). So the EEC didn’t come so much later but the EU wasn’t officially formed until 1993.

Sorry to be a little political. I blame @Thewrongtrousers for mentioning brexit, although Stalin was also at fault for the Iron Curtain that led to the creation of NATO.

Bonhoeffer was chaplain of the Technical University at Charlottenburg until 1933 when Hitler came to power, and Bonhoeffer came to Forest Hill.

Thank you for confirming my point, Michael.

I was actually being slightly facetious in mentioning the B word. I don’t think for one moment it will stop good people dong their best to make the best of things.

​We have historical ties, known as 'twin towns', with three places around the world.

I actually went to Nicaragua in 2008 (but not Matagalpa) - really interesting - our taxi driver still had his Sandinista membership card from when he was 15. Beats my NUS card.

In 1987, during the Sandinista Revolution we became linked with Matagalpa in Nicaragua.

We were twinned with Matagalpa after a vote at Council on 28 October 1986 to support the democratically elected Sandinista government of Nicaragua.

More on the Sandinistas:

The Sandinista National Liberation Front (Spanish: Frente Sandinista de Liberación Nacional, FSLN) is a socialist political party in Nicaragua. Its members are called Sandinistas [sandiˈnistas] in both English and Spanish. The party is named after Augusto César Sandino, who led the Nicaraguan resistance against the United States occupation of Nicaragua in the 1930s. The FSLN overthrew Anastasio Somoza DeBayle in 1979, ending the Somoza dynasty, and established a revolutionary government in its p...

Only in Lewisham would a U.K. council use the twinning system to overtly lend their support to a Marxist junta

I would recommend it as an interesting travel destination - go and talk to some of the locals about the education and healthcare reforms. They’re incredibly well educated.

Sorry to post twice in a row, but I actually checked up on this.

Only in Lewisham would a U.K. council use the twinning system to overtly lend their support to a Marxist junta

Turns out in fact so does

List of twin towns and sister cities in England

This is a list of places in England having standing links to local communities in other countries. In most cases, the association, especially when formalised by local government, is known as "town twinning" (though other terms, such as "partner towns" or "sister cities" are sometimes used instead), and while most of the places included are towns, the list also comprises villages, cities, districts, counties, etc. with similar links. Abingdon-on-Thames Adur