Local journalist Francisco Garcia has written an article for the Financial Times that considers the role of community gardens against urbanisation, prominently discussing Brenchley Gardens where an infill development had been proposed by Southwark Council. Previously mentioned here, the hillock / picnic area in question looks like this: 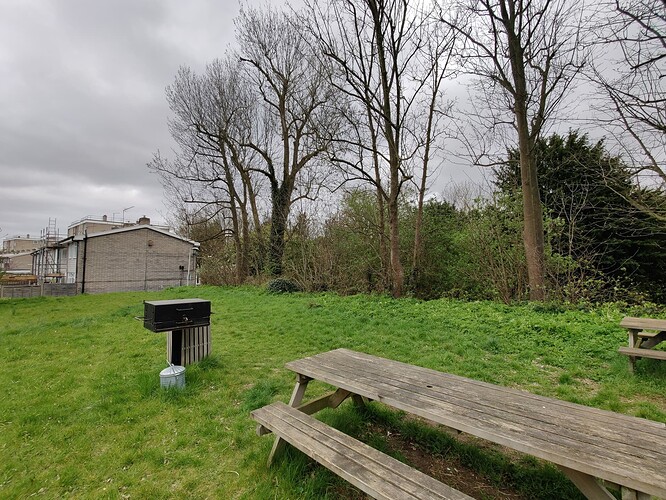 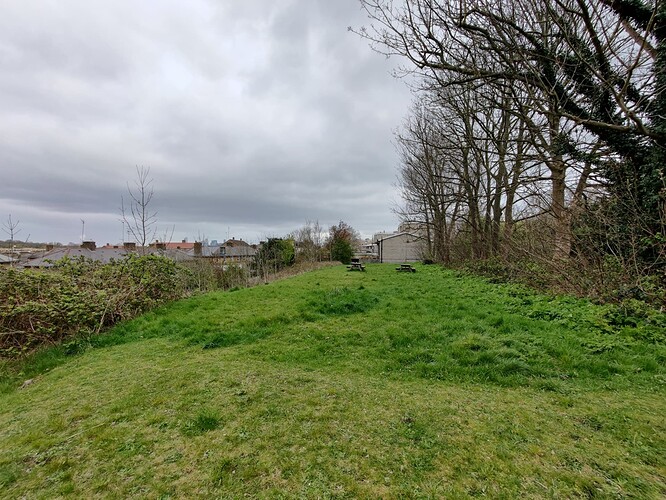 The full article features quotes from various residents and also makes comparisons with ‘agrihoods’ in Detroit.

The full article maybe pay-walled if you don’t have an FT subscription. Otherwise I have generously quoted some of the relevant paragraphs.

How a London community garden is holding out against urbanisation

From Detroit to Madrid, community green spaces are having a moment in the spotlight

On the first Saturday afternoon of every month, a few of the residents of Brenchley Gardens meet at the south-east London estate’s community garden, for a few hours of upkeep and a catch up with their neighbours.

The first thing that strikes you about the estate — 95 homes spread across mid-level towers and terraced houses, occupied by a mixture of social renters and leaseholders — is how green and open it is. Having a private garden doesn’t feel like such a pressing need here, with plenty of collective space to relax and take in some fresh air.

Community gardens are having a moment. Perhaps it isn’t surprising, over an 18-month period when two of their main draws — gentle sociability and the chance to go outside — have been in such scarce supply. There’s been a steady recent slew of articles championing their transformative effects on everything from mental health, to neighbourhood cohesion and biodiversity.

…
But Brenchley Gardens is at a crossroads. Literally, in that it sits in the pleasant half-suburban intersection between Nunhead, Honor Oak Park and Forest Hill. More pressingly, in that its very greenness has recently been used as justification for a proposed and hotly contested development on the estate.

Rain beat down incessantly when I arrived on the first weekend in August, though it hadn’t dampened anyone’s enthusiasm. Children whirled about, while a few dutiful adults tended to the apples and blackberries in the fruit garden. I’d been invited by Adam Warner, who resides in one of the tower blocks. After a cheerful hello, we’d soon decamped to shelter under the covered porch by the estate community hall to talk over the “Save Brenchley Gardens” campaign.

In early 2021, Southwark council put forward plans to redevelop the estate. Forty new homes would be created by building on top of the existing tower blocks and by “in filling” the apparently superfluous green space. No one disputes the need for more social housing — the waiting list in the borough sits at around 15,000. After all, Southwark has spent the past decade and more selling off its housing stock to private developers, most infamously with the Heygate Estate in Elephant and Castle, sold for just £50m to Lendlease in 2010 and redeveloped into private flats. Lendlease is advertising flats for sale in the new “Elephant Park” starting at £932,000.

Residents at Brenchley Gardens had never thought of their estate as a faux-bucolic urban wonderland. It’s just where they live. The green space, the small gardens, are an indivisible part of it. They aren’t against more social housing being built. It’s just that the terms of the development didn’t make sense to them. One resident, Kathrin, says, “it’s not a wasteland, it’s our garden”.
…

… It’s impossible to say what exactly the long-term future holds for Brenchley Gardens. On April 26, the council wrote to residents to say that it was no longer considering infill development of the gardens, a significant victory for their campaign. However, the rooftop proposals were [only] put on hold, leaving another potential battle on the horizon.

Southwark’s own statement on the scheme can be found on their commonplace site: 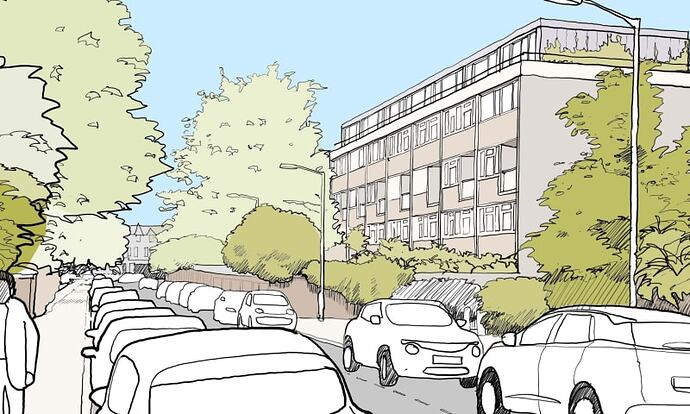 Have your say on Rooftop homes at Brenchley Gardens

We are exploring the potential to build new homes on Brenchley Gardens and to make wider estate improvements.

In recognition of Southwark’s immediate challenging housing target to achieve 2,500 scheme starts by May 2022 and the contribution the rooftop development team are making towards this, a decision has been taken to focus upon the delivery of those immediate rooftop homes projects which are able to contribute to the delivery of this target. Therefore it has been agreed to pause the current scheme at Brenchley Garden’s.

The team will actively return to the Brenchley Garden’s rooftop homes project in 12 months (approx.). It is also hoped that at this time we will be able to provide more clarity about the programme and project finances and will therefore be in a better position to provide more certainty about what improvements can be delivered at Brenchley Garden’s.

We will use the Commonplace platform to provide updates and information obtained about this project in the interim.

Thank you for your patience and if you require any further information, please do not hesitate to contact Rooftophomes@southwark.gov.uk

the hillock / picnic area in question

In any case, per the tweet you linked in your previous posting, the council will no longer consider “infill” proposals on the estate.

nb. I’ve tried very hard to make sure this post is just based on fact, and to leave any kind of speculation or opinion out of it. It’s a really divisive subject, and I really don’t have the energy to debate it

Oops - apologies for the wrong photo. The commonplace has seemingly evaporated all info about the infill now, so I guess we may never know without serious digging.

I would like to add that I was reading the FT article and thinking about how the green spaces may help foster a sense of community - at least in your case - and perhaps promote good behaviour and positivity among residents which may go a way to countering the problems from some estates e.g. Fly tipping, threatening behaviour, stolen goods duncombe hill

Something that possibly also helps in this regard is the estate being run by a TMO, (supported by Southwark’s TMI team). The people that have a say in how the estate is run are also residents here. Everyone has a vested interest to work together and maintain what (personally speaking at least) I think is an incredible estate to live on - with a fantastic community.

(But we’re getting close to opinions here😉)

I don’t know the reason that the southern end was not included in the original proposal.

Found out this evening in our AGM that the Kelvington Rd end of the estate is a Site Of Importance for Nature Conservation: