Gothic House made from Concrete

Just slightly beyond SE23 on Lordship Lane, I’ve often passed this ‘odd’ looking house but never appreciated why it didn’t quite look right. Now IanVisits has written an article about this curious building, explaining some of it’s history and why it’s unique:

A gothic house made from concrete

Charles Drake had invented a method constructing buildings from concrete using his patented shuttering method using iron rather than wood for forming the building.

The use of iron plates, which were glazed on one side allowed for the casting of tall concrete walls in a method that’s very similar to slip form concrete construction today.

In that, his use of plain iron was both ahead of his time, but also totally unaware (obviously) that wood shuttering of concrete would make a triumphant return in the 1950s and 60s thanks to its ability to impart a pattern onto the concrete.

Drake won a few commissions for his new invention, but not many, and few survive — including a modest gothic house in Forest Hill.

There are more pictures on his page.

Having driven past that house every day for the past 8 years or so, I’ve often wondered about it’s history, but then always forgot to research upon getting home.

At various points, the cabinet outside has had a smiley face painted on it 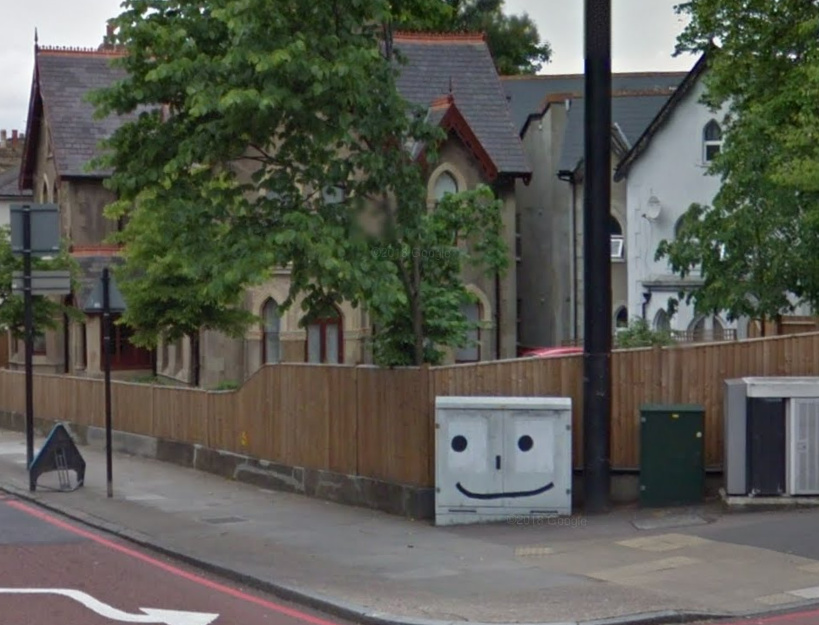 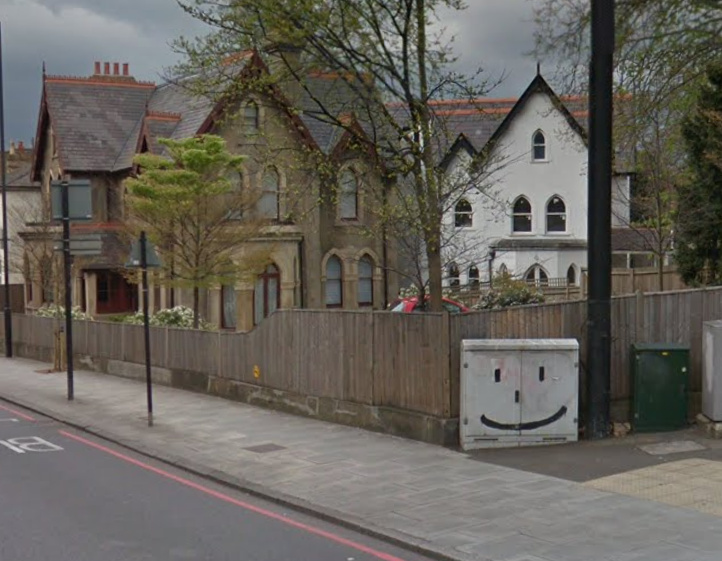 Though, it is now gone 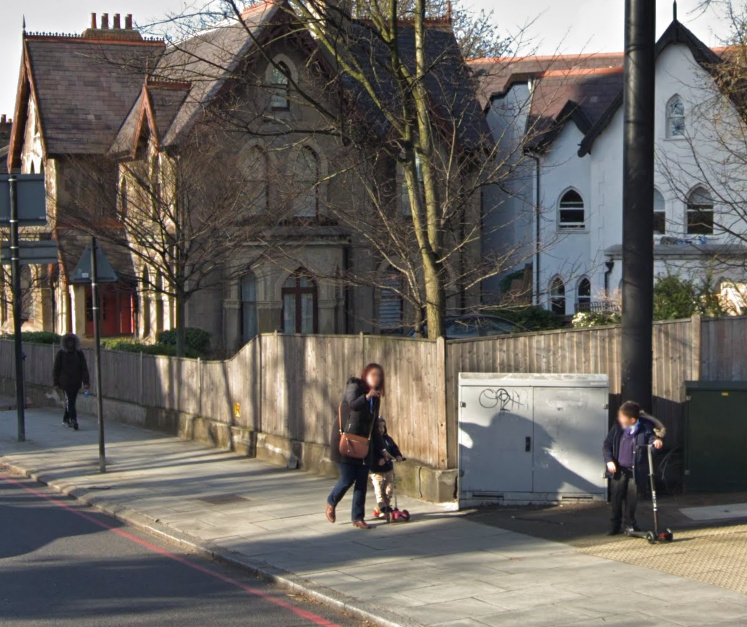 Thanks, though all credit to Ian for the write up and pictures…

And the face cabinet is a funny one too. I wonder what the history behind that is.

When I was at school a boy in my class used to go there to visit his grandmother.

When we first moved to the area (2011) it was derelict and looked like a cartoon haunted gothic mansion.
whoever rebuilt it (maybe Lewisham council?) did a brilliant job-truly impressive.
I never knew about its history until it was featured (this the rebuilt version) in one of the open house weekends…it was listed as ‘concrete house’ and I was surprised to see it was this one and not some modern brutalist structure.
I wonder how it fell into such disrepair originally though?
It was literally a shell

It’s a beautiful house. It’s in Southwark and was allowed to fall into disrepair with (supposedly) an idea of building flats on the site.

Southwark council took a very hard line and (from memory) they threatened the owners with a compulsory purchase if the neglect continued.

There is probably a long thread on the ED forum about this.

Thank you for this info…thank heavens it was saved.
whoever the builders were they did an amazing job!