Is it is true they’re descendants of a parrot owned by Jimi Hendrix?

If you mean the parakeets, they’ve actually been around since Victorian times:

Ring Necked Parakeet History in the UK - The RSPB

Parakeets have been popular pets since the Victorian times, and inevitably, many birds have escaped or been deliberately released over the years. Read more 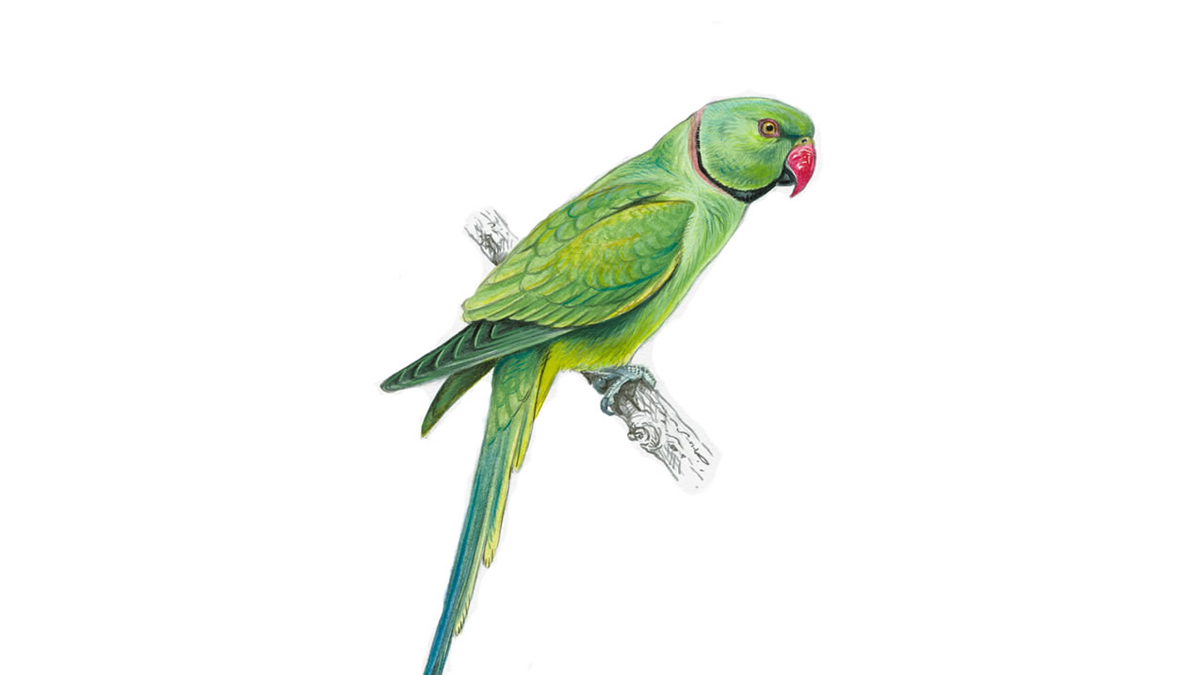 The UK's only naturalised parrot - it is large, long-tailed and green with a red beak and a pink and black ring around its face and neck. Find out more

No they’re not Chris. They’re parrots and they’ve been around since Hendrix. 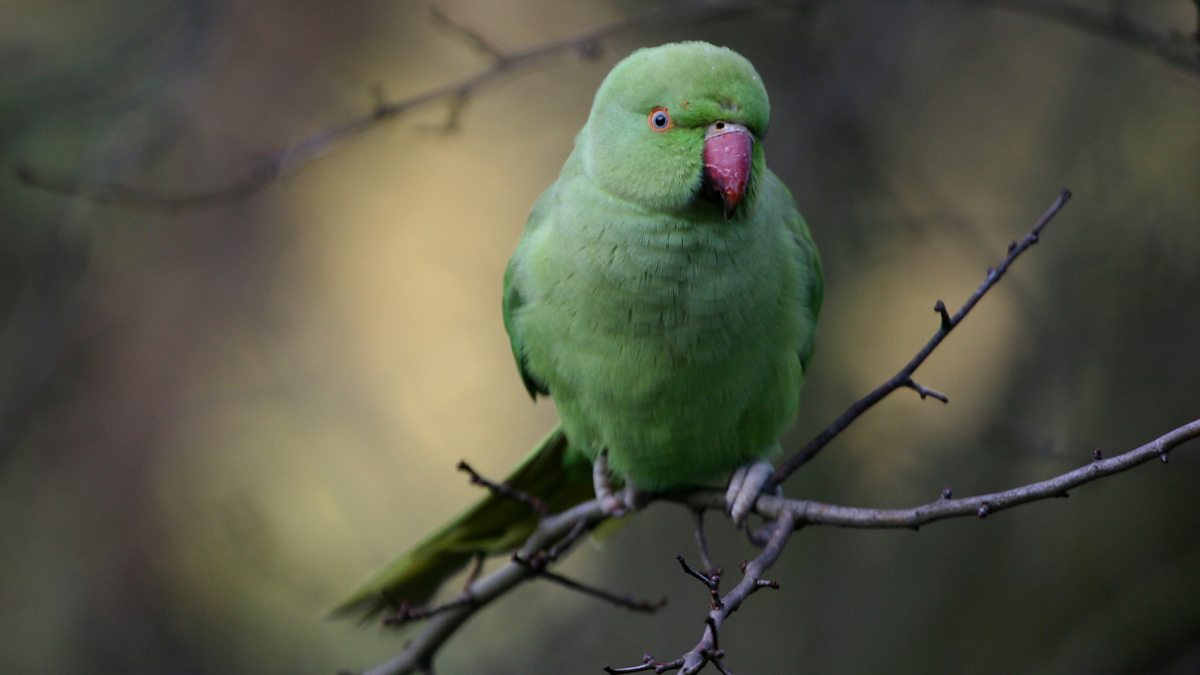 Was Jimi Hendrix responsible for parakeets in England?, Radio 4 in Four - BBC...

There are now hundreds of thousands of ring-necked parakeets in the south-east.

I predict they will be a major problem in 10 to 15 years, There are an estimated 65,000 in the London/SE area at the moment. they are increasing at a rate of about 30% per year which means there will be over 1,000,000 in 12 years time.
Remember the rabbits in Australia.

Remember the rabbits in Australia.

Does a straight extrapolation of the figures upwards hold true?Are there any natural ceilings on the size of the population, such as available habitat?

they are increasing at a rate of about 30% per year

Are they really breeding that successfully? Wonder what has changed to cause the sudden increase.

Does a straight extrapolation of the figures upwards hold true?

Within 20 years, green parrots in London will be like sheep in New Zealand - outnumbering the human population, and sexy.

If it’ll help, I can have my rifle ready. Love these little green missiles flying between the tops of trees, but love a bit of sport too. Got a great perch in mind already.

The black eagle of Asia often attacks and eats parrots and other birds when they are in their own nests!

Monkeys also eat parrot eggs and baby parrots whenever they can find them.

I’m not too keen on snakes, and worry that a black eagle would snaffle my little dog, but happy to drive a contingent of se23.lifers and a boot full of bananas to Longleat in order to “liberate” a few monkeys to release on One Tree Hill.

Edit: Or I could try to train the foxes that I am feeding on Ebsworth Street to climb trees.

Slow day in the office, @Andy?

Any-hoo - the success in breeding depends on temperatures being just right at the time of egg laying. Which is why parakeets are clustered in the South East and why, apparently, they only started breeding in the UK in 1969, in Kent. This will constrain the population from continuing to grow at the rate it currently is, as there won’t be enough suitable nesting sites in the South East for millions upon millions of parakeets, and they won’t be able to breed further north.

Until climate change means they can. But that will spread the population further across the UK, so new numbers will not be concentrated in London.

The green parrots immeasurably add to our lives bringing colour and joy to the community. I’m sorry my topic has led to people wishing them harm. What would you prefer, a world of pigeons and crows? Different shades of grey? And the existing population is not replacing indigenous birds as I have seen birds of all types getting on fine. What we need less of in SE23, is cars.

I am happy with them in moderation but there is evidence from London that they can impact on our smaller native birds (particularly blue tits and wrens) and I think it would be a pity to lose our lovely morning chorus of birdsong and only hear the squawks of a dominant parakeet flock.

I think most of the comments were around keeping them at a similar level rather than them continuing to increase in number to the detriment of other species.

I must admit that I also love them and would be happy for more. Also, I need to confess that I don’t think the foxes will respond to my training, I wasn’t serious about setting monkeys lose on One Tree Hill, and I was incredibly bored at work today.

Britain’s naturalised parrot is now officially a pest. Forty years after it first bred on the outskirts of London, the ring-necked parakeet today joined gulls, crows and magpies on the short list of birds which can be legally shot without special...


This article from 2009 gave the estimated British population at around 4700 pairs (mostly in London/SE). so yes, i do believe the 30% increase per year holds roughly true. Obviously there will come a point where there is competition for food and space within the species and the population growth rate will start to slow down but i think there will be some detriment to our native bird populations which cannot compete with the aggressive nature of these birds. There will also be increased damage to crops (particularly fruit) in Kent, they will damage an entire tree of apples, not just eat one.
2 Likes
starman February 23, 2018, 11:48am #18

Just to be clear.

the ring-necked parakeet today joined gulls, crows and magpies on the short list of birds which can be legally shot

Are we looking at a mitigation route here for KFC’s logistics problems.

Could be marketed as locally sourced produce.

Taking @Andy’s lead - in my defence I am incredibly bored too.

Looks like they are spreading north due to mild winters

A colony of ring-necked parakeets has been caught on camera in Yorkshire.

Yes essentially - Parrots being a large family of birds, parakeets being one of subspecies…