Attention. There have been now at least four separate occasions that a big group of pupils from Harris Academy East Dulwich have intimidated and attempted to steal phones from other secondary school kids in and around Stillness road/Brockley Rise around 4-5pm.

Please could everyone be vigilant and watch out for large groups of school kids not from this area. The police have been informed and have stepped up patrols in the area.
Thanks

I live on Gladiator Street and saw and heard a big group of boys on brockley rise yesterday at that time with the Harris uniform on causing a commotion but missed what happened.

Contact the Executive Principal ( if it is Harris Boys Academy) Chris Everitt on 020 8299 5300. I am sure that he/she will not be impressed

I thought I’d just snapshot and send the info to the schools who passed it on to a police officer who has responded with the following: 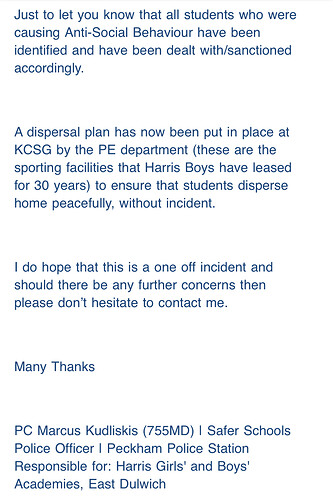 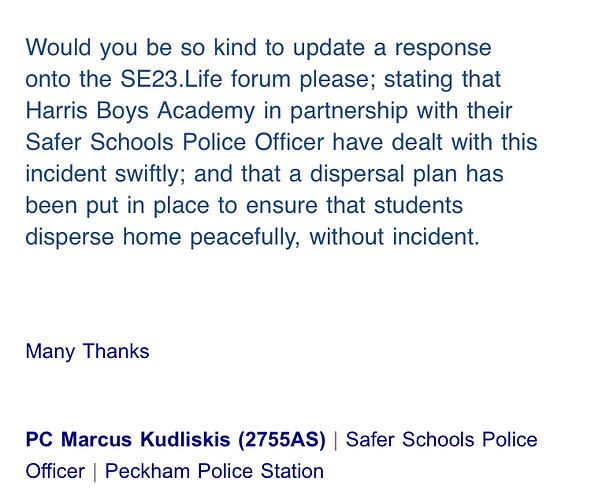 At least they aren’t knifing anyone.

I used to visit schools frequently. Often the behaviour that terrified some people was just normal (boisterous/unruly) for schoolchildren.